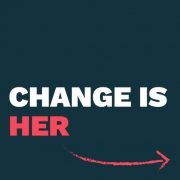 Currently, women are underrepresented at all levels in the 500,000+ elected offices across the U.S. In fact, women make up 51% of the U.S population, yet less than a third of elected positions. Change is HER is working to change this by inviting and encouraging women to run for public office.

Change is HER campaign is inspiring women to run for public office. (Graphic courtesy She Should Run).

One of the factors that prevents women from running for public office is that they simply do not consider themselves qualified. Additionally, women are less likely to be invited and recruited to run for office than men.

“Being invited or encouraged to run for office leads many individuals who otherwise might never consider the option to suddenly throw their hat in the ring. And women are just as likely as men to respond positively to recruitment as men, but they are asked much less often.” 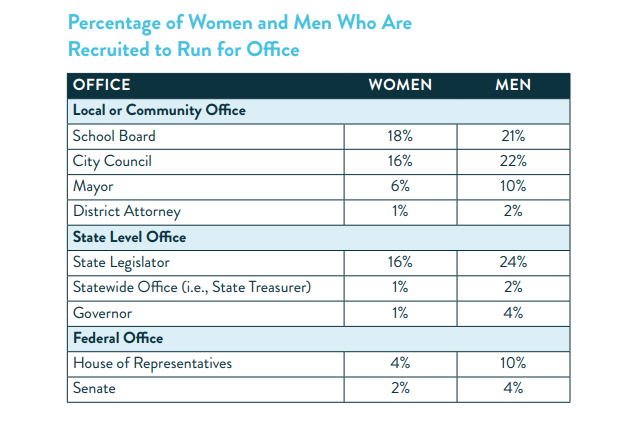 Percentage of women and men who are recruited to run for office. (Graphic source: 10 Things to Know about Women’s Representation in the United States)

To combat these setbacks, She Should Run, in partnership with award-winning advertising agency BBDO Worldwide, have launched a nationwide public awareness and action campaign to reach 5000 diverse, change-making women who are not yet thinking about running for office but should be. The “Change is HER” campaign targets women who already contribute, every day, to the wellness of their communities, through action, support and care.

By highlighting their accomplishments, the campaign aims to inspire them to run for public office. Change is HER believes that if a woman has changed someone’s life, they could be one run away from changing many others. If they care, they are already qualified.

People are encouraged to the stories of the influential women in their lives and invite them to run for public office.

Inspire the women in your life, or take the leap yourself

Change is HER highlights three incredible women in their campaign video; Alexis Sanchez, Olympia Auset and Ebony N.Mayo, who have dedicated themselves and their time to help others, as they are celebrated and encouraged to run for office by those who have witnessed their actions. 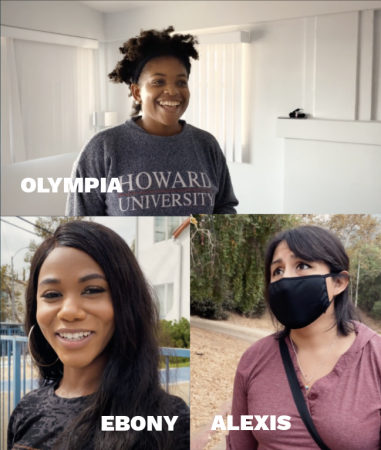 Olympia Auset, Ebony N. Mayo, and Alexis Sanchez are three incredible change-makers in their communities who have been encouraged to run for public office. (Image courtesy Change is HER campaign).

Olympia Auset dedicates her time to the health of her community, in South central LA, through a low-cost organic grocery program.

Ebony N. Mayo is an actress and founder of a cigar company who volunteers every weekend with the Brown Bag Lady organization, to help the homeless people of their communities.

Alexis Sanchez is a trans activist who is dedicated to empower transgender youth among other fights.

Their stories are inspiring and uplifting reminders that women have and deserve a place in leadership. Women already occupy workplaces and professions that have the most direct consequence for our daily lives, such as healthcare and education, yet they still are underrepresented in elected positions.

If you know a woman who would be great in elected office, invite her to consider the possibility. It could make all the difference!

She Should Run is a nonpartisan nonprofit working to increase the number of women considering running for public office, by identifying and tackling the barriers to elected leadership.

Their programs unveil the many pathways to leadership, guide women toward discovering their “why,” and connect them with a supportive Community who are in varying stages of their own journeys, ultimately building their confidence toward a future run for office.