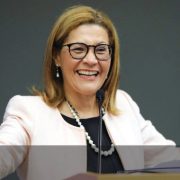 During the 2020 election, he promised to nominate “the most diverse Cabinet in history,” stressing that he wanted leaders that look like America.

Evelyn Padin is a Seton Hall Law Alumnus, Class of ’92, a former social worker, and a trustee of the Hispanic Bar Association. Additionally, she is a successful entrepreneur who runs her own family law and civil litigation practice in Jersey City.

Continuing a line of historic strides forward for women of color in government positions, Padin is the second Latina to be nominated to this esteemed bench since the Honorable Esther Salas, U.S.D.J., former HBA-NJ President, was nominated over a decade ago. In 2019, Padin also became the first Puerto Rican and Latina to be sworn in as NJSBA President in the history of the association, which dates back to 1888.

In a press release, the Hispanic Bar Association of New Jersey (“HBA-NJ”) issued a statement congratulating Trustee and friend, Evelyn Padin, on her nomination to the United States District Court for the District of New Jersey.

The President of the Hispanic Bar Association of New Jersey, Tabatha L. Castro, had this to say about this momentous nomination:

“To hear that Evelyn Padin has been nominated for the United States District Court for the District of New Jersey is a victory for our community. I have known Evelyn for many years, from being part of the Board of the Hispanic Bar Association of New Jersey to President of the New Jersey State Bar Association and everything in between. She serves New Jersey with zeal, passion and integrity and will be a great asset to the District Court, which is why our JPAC Committee endorsed her. We will continue to promote and support the ascension of qualified Latino members of our community to the bench and other important leadership roles in New Jersey.” 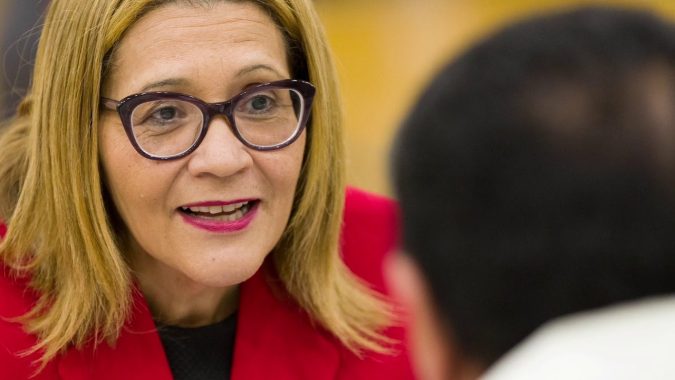 Evelyn Padin is the second Latina to be nominated to the esteemed position of U.S. District Court Judge in New Jersey. (Image Source)

Padin brings over 30 years of legal experience to her role, if confirmed. Throughout her career she has supported groups and organizations that empower underserved communities. She has been a member of the New Jersey State Bar Association, New Jersey Family Law Executive Committee (since 2007), and she serves as Vice President and Founder of the Carevel Foundation, whose mission is to educate and empower underrepresented members in the community.

Over the years the Foundation has partnered with organizations such as NJ Women Rising, The Boys & Girls Club, Community Food Bank of New Jersey, and Autism Awareness of Jersey City. Most recently, fundraising efforts have focused on supporting victims of the COVID-19 pandemic and Hurricane Maria in Puerto Rico.

For Latinas everywhere, Padin’s confirmation to the esteemed position of U.S. District Court Judge in New Jersey would signal a great step forward in the movement for greater diversity and representation in government.

You might be interested: The strides toward diversity in politics continue in historic firsts for women of color