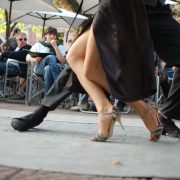 Top Latin America destinations are often missed by those who travel for work or visit family there. If you are originally from Latin America or you regularly do business in the region, you might not have experienced all the wonderful touristic destinations the Spanish/Portuguese-speaking continent has to offer. Visiting family is not a vacation –take my word for it- and adding a few days to your trip to explore other areas might be an amazing opportunity to finally fulfill your dream vacation. 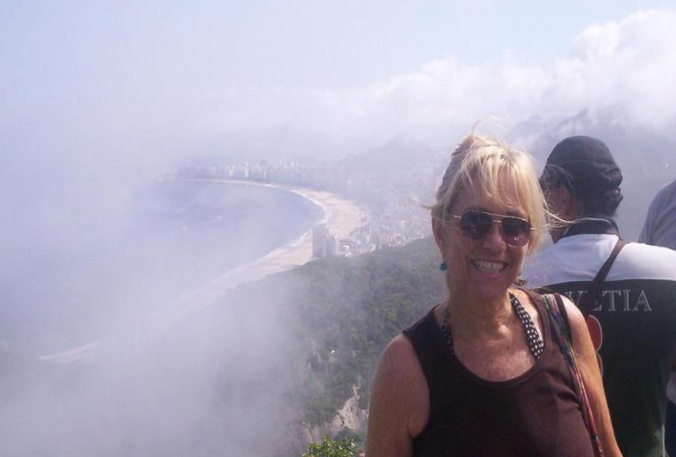 Every year, over 27 million Americans travel to international destinations, and almost 10 million of them visit the top and most popular spots in Central and South America, and the Caribbean. US Latinos do not fall behind. According to a nationwide study conducted by ThinkNow Research, 79 percent of them are known to take at least one vacation a year and 17 percent of those at least 3 to 6 times a year.

So where are those top Latin America destinations and why we travel there?

Known for its Carnival, this Cidade Maravilhosa (Marvelous City), Rio de Janeiro o simply Rio was once the capital of the Portuguese Empire in the Americas and the capital of free Brazil until 1960, when Brasilia became the official government post. The most popular landmark is the 125-foot tall statue of Christ the Redeemer situated atop of the Corcovado mountain. Climb with the trenzinho through the dense forestation and you will enjoy magnificent views of the whole city.

Most travelers are attracted by the idea of Carnival but the New Year’s eve celebration does not fall behind in its glamour –all people dressed in white along the beach line–and highly contagious festivity spirit.

With over 12 million people living in the extended city and metro area, Rio offers white-sand beaches framed by lush green mountains, and a climate that is never cold so beaches are open all year around, and Cariocas make a good use of them. Well-visited beaches in Rio include Copacabana, Leblon and Ipanema, but do not miss Grumari Beach, Prainha –a surfers’ paradise  40 minutes by car- and Barra da Tijuca. And all beaches are free!

If you travel in February –really hot weather though!-, take advantage of the wonderful Carnaval Carioca (Rio’s Carnival). You won’t regret the experience! 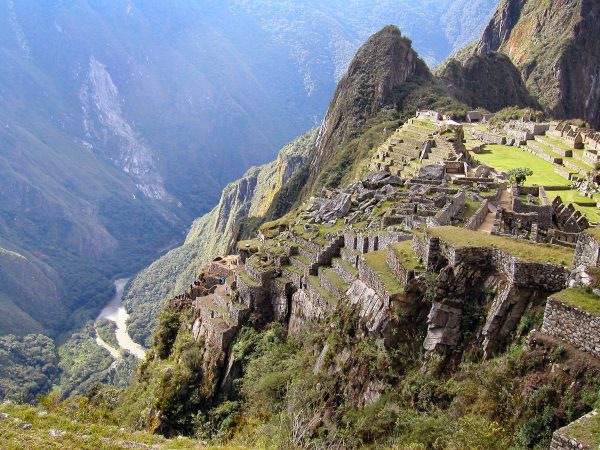 Still a mystery how the City of the Incas was hidden away from the Spanish conquerors until it was discovered in 1911, Machu Picchu –one of the  new seven wonders of the world– can be accessed from Cusco in two ways, one for explorers and the other for the “wild” hikers.

You can take the Peru Rail train –with a luxury option that includes the buffet lunch Vistadome train- and travel from Cusco/Poroy Station to Macchu Picchu Station in about four hours or you can take a four-day hike into the Inca Trail. Any of the two need some preparation and planning –tickets, reservations and even a permit if you are hiking.

Those who are brave enough to choose the trail –walking and sleeping in tents- believe the adventure is more than worthwhile, not only for the scenery but also the wildlife and –if you chose a good carrier- the cultural experience. Beware, not an easy task but with wonderful rewards!

It is true that Latin lovers come from Argentina, not only because the mix of Spanish and Italian immigrants with local native groups created the handsome “criollos” –tall, dark and with fiery eyes- but also the culture of nostalgia and romance.  Tango music is the essential expression of those who were left behind by their lovers, cheated, abandoned or humiliated but it also has the background of the “conventillos,” the immigrant common housing that many shared in Buenos Aires when they came from Europe looking for opportunities.

After its sluggish beginnings in the sixteenth century –Buenos Aires was founded twice due to the attacks of the indigenous inhabitants–the city took off in the 1880 and into the beginning of the 1900s when a generation of intellectuals transformed the city into a multicultural hub. Most major historic buildings and its urban plan –including the Colón Theater, the city’s main avenues, the first underground system, and the numerous neoclassical architecture constructions– were raised at this time. 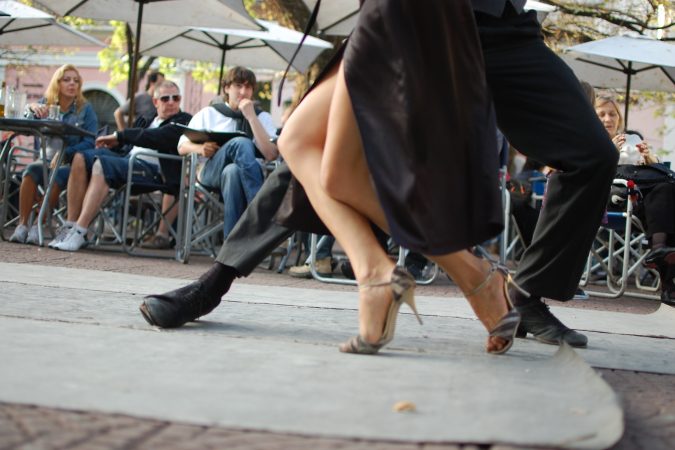 The city shows its passion for soccer and tango, and you cannot say you were in Buenos Aires if you skip a visit to La Boca, the southern Buenos Aires neighborhood where the soccer team Boca Juniors erected its magnificent stadium. In the same area, drop by the vibrant open space Caminito where local artists, tango dancers and craft makers gather.

Tango shows and classes are offered throughout the city but clubs you want to try are in San Telmo, with its art and antique galleries and shopping boutiques. Recommended are a guided tour to the Recoleta Cemetery where all political and show celebrities are buried and the Feria de Mataderos, a short hike west of downtown, where free street shows and craft makers offer a unique spectacle. 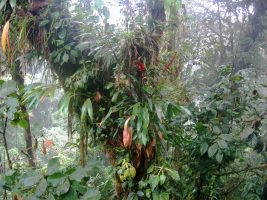 A real paradise for nature lovers with mountains, beaches and shores to both oceans, the Atlantic and the Pacific, Costa Rica showcases an ecosystem that combines specific temperature and humidity where the most astonishing selection of flora and fauna exists.

Due to the country’s sustained policies of environmental protection –Costa Rica ranks fifth in the world in policies of environmental sustainability and pollution free–, all natural life is protected in national parks and biological reserves, which makes the visits both wild and exciting. If you are thinking of a lot of touristic infrastructure such as we are used in the United States, think again but you will be surprised at some high-end hotels and inns in the middle of the jungle with spas, outside pools and all the amenities that international travelers would appreciate.

If visiting Corcovado National Park, be sure you are ready for a demanding hike into the hidden spots of the rainforest lush, where you might see different ape species as well as scary reptiles and colorful critters. The sounds can be loud at times. For bird watches, you choice might be the Monteverde Cloud Forest Reserve, home to more than 400 birds’ and 100 mammals’ species; also the place to spot numerous types  of orchids.

Palo Verde National Park is the basin of the region’s rivers that arrive to the Gulf of Nicoya, the cove that separates the Nicoya Peninsula from the mainland of Costa Rica. The marine and coastal sanctuary contains wetlands, rocky islands and cliffs home to evergreen forests, mangrove swamps and grassland.

Other parks to visit are the Manuel Antonio National Park, Tortuguero Park, the Arenal Volcano y so much more. Just one recommendation, do not cut your visit too short! 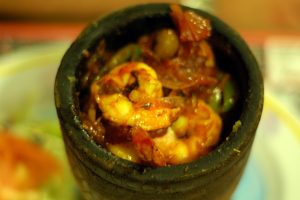 I believe La Isla del Encanto is the closest idea to paradise, not only for its natural beauty of white-sand beaches, palms and lushly green but also because time seems to stop or move at a very slow pace. Nobody is in a hurry and nobody rushes you either, as if the world was placed in another dimension of time. So relaxing!

Who can beat sitting at a sunny beach under waving palms sipping a piña colada or a rum Bloody Mary with a plate of tostones or bacalaitos?

Just to open your appetite, tostones made with plantains take a lengthy process than might involve baking, boiling or double-frying while crunchy bacalaitos are dipped in light dough and fried. Add some empanadillas –turnovers stuffed with beef, fish, conch or crab, and you are off to a good start!

Puerto Rican cooking has many influences from Spanish, African and Taino roots, ingredients and spice. The original residents of the island before the Spanish conquerors arrived, the Tainos, lived basically on tropical fruit, seafood, fish and sea critters, and corn. The Spaniards introduced meats, wheat, olive oil, and sugarcane while the African slaves brought taro and okra.

Follow your delight tour with shrimp mofongo or sopón de pescado (fish soup), a dish of the day depending on the catch the chef selected, or the asopao in its different versions, gandules, chicken or seafood, and flavored with onions, cilantro, chile peppers, olives and other ingredients every chef or Puerto Rican homemaker prefer in their asopao.

Highly recommended are the fried fish with head and mojo isleño and the shrimp cooked in beer! La cocina criolla de Puerto Rico is a tour in itself not to be missed.

MIAMI, FL — October 28, 2021 — (LATINX NEWSWIRE) — Doing inspiring work that has the ability of breaking barriers, as well as creatively raising the voice of those who demand greater social justice, were some of the messages of the winning campaigns in the 2021 edition of FIAP. In a new PRODU FastFWD monthly …

— Medicare Open Enrollment is here. Now’s the time to review coverage and select a plan that meets your health care needs. —
View More
Want more? Get LIBiz.us in your Inbox!