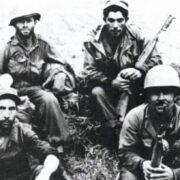 This memorial day we want to celebrate and shine a spotlight on the Puerto Rican 65th Infantry Regiment, the only all-Hispanic unit in the history of the U.S. Army, better known as “The Borinqueneers.”

The courageous stories and sacrifices of tens of thousands of young Puerto Ricans enlisted to fight in World War I, World War II and the Korean War can be heard in the award-winning film, The Borinqueneers, that premiered nationally in 2007 and continues to be screened all across the country and abroad to this day.

Narrated by Hector Elizondo, the documentary explores the fascinating stories of courage, triumph and struggle of the men of the 65th through a compilation of rare archival materials and interviews with veterans, commanding officers, and historians.

The 65th Infantry Regiment was created in 1899 by the U.S. Congress as a segregated unit composed primarily of Puerto Ricans with mostly continental officers. It went on to serve meritoriously in three wars: World War I, World War II and the Korean War. The unit was nicknamed after “Borinquen”, the word given to Puerto Rico by its original inhabitants, the Taino Indians, meaning “land of the brave lord”. Their motto is Honor et Fidelitas, Latin for Honor and Fidelity.

The untold story of the Borinqueneers

Through interviews of members of the regiment that were still alive –most of them now in their eighties and nineties–, testimonies of former military officers and historians’ recounting, the documentary provides an objective unfolding of the facts while capturing the vivid memories of the veterans.

“I have never talked to anyone about these memories,” said Vet. Ervin Machado, resident of Perth Amboy, NJ. “Not even to my family,” he shared, as the recollections unfold in an emotional description of the events.

Machado was enlisted in 1951, right out of high school, and spent nine months in the Korean War. 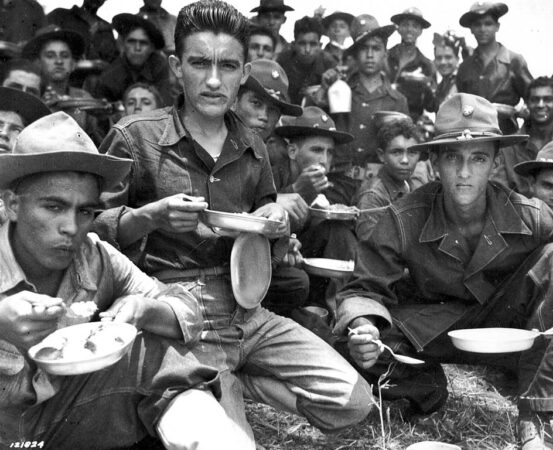 Hear the stories of other Hispanics who made history on Audible!

“It was rainy and cold when we got there. After we were taken to the camp, we were assigned to different platoons. My mission was to recognize the field and determine the position of the enemy. Then we would go back to the trenches. The water would come down on the trenches sides, but we had to stay in to avoid the fire of the enemy,” Machado recalls.

The Borinqueneers were famous for their combative spirit and fearless actions, earning praise from General MacArthur at the time.

“Once the missions were assigned, yes, you would feel fear… I was a kid… but then, on the field, the fear will disappear, and we did what we had to do,” Machado said. “Another division within the army called ‘the Greek’ used to say, ‘If the Borinqueneers go, we’ll go,’ because they trusted that we would never let them down.”

A change of events

In the fall of 1952, the regiment fell into a chaotic turn of events, when dozens of Borinqueneers abandoned their positions. The truth of discrimination, segregated treatment and unjustified exposure to danger came out publicly during the largest court martial of the war. Almost one hundred men were court martialed.

“The Borinqueneers were an elite unit that made its mark particularly in the Korean War and represented the pride and fighting spirit of Puerto Ricans,” said Figueroa Soulet. “In a military culture that often discriminated against them, they found strength in their common cultural roots and language.” 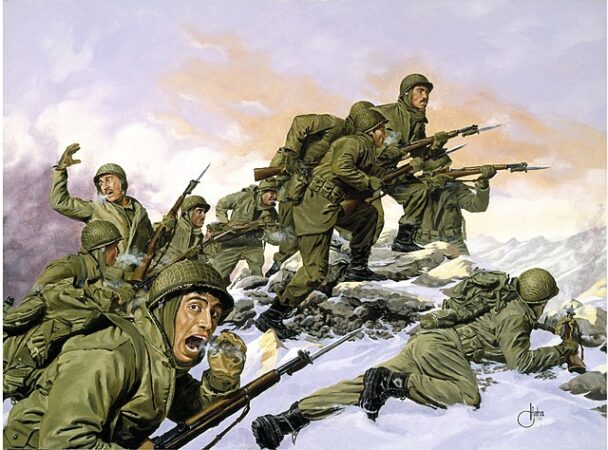 Figueroa Soulet recognizes that as a Puerto Rican, she had little knowledge of the 65th regiment’s existence until she came across films such as Saving Private Ryan and others that vividly portrayed the horrors of the war. “Latinos were ‘missing in action’, but I knew there had to be untold stories,” she said.

“Despite their limitations as restricted citizens of the United States –residents of the island cannot elect the President of the United States, their Commander-in-Chief–, the regiment served with extreme patriotism. To this day, their sacrifices have had little recognition,” she said.

The Borinqueneers CGM Alliance, a group of individuals and organizations sponsored by the 65th Infantry Veterans Association of Puerto Rico, requested from Congress the recognition of the prominent role the regiment played during three international conflicts.

“Other minority veterans that served in segregated units have been awarded with the Congress Gold Medal,” said Figueroa Soulet. 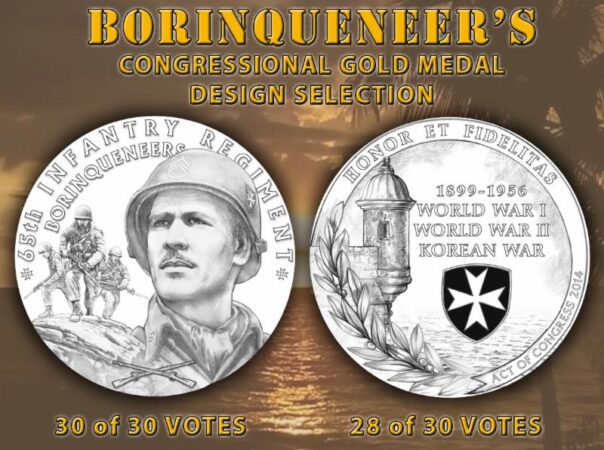 In 2013, the bill to confer the Congressional Gold Medal on the 65th Infantry Regiment, was introduced in Congress. It was later signed by President Barack Obama at a ceremony on 10 June 2014.

On 13 April 2016, leaders of the United States House and Senate officially awarded the Congressional Gold Medal to the 65th Infantry Regiment. Since 2021, National Borinqueneers Day is celebrated on April 13.

This is an updated republication of an article written by Latinas in Business President and CEO, Susana G. Baumann.