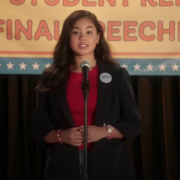 Disney+ “Diary of a Future President” is inspiring and empowering young Latinas to use their voices, dream big, and become leaders.

We know the key to raising leaders is to start young. Instilling leadership skills in children is the first step in the road to raising the next generation of future leaders and role models. But to raise a leader, parents need to not only be role models themselves, they also need to surround their child with positive representations of leadership. 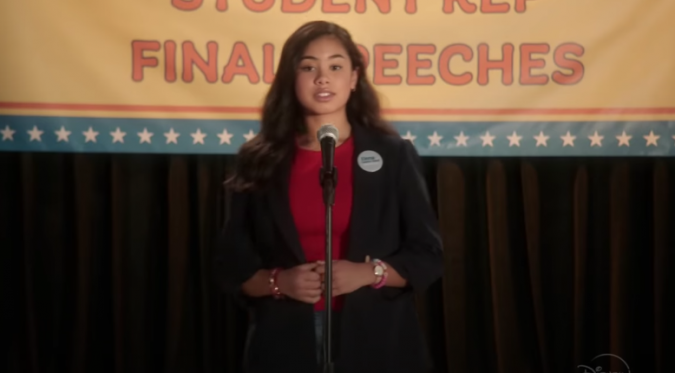 “Diary of a Future President” is showing young Latinas that they can dream big. (Image Source)

For young Latina girls, the Disney+ family comedy “Diary of a Future President” is stepping up to empower and inspire a new generation of future leaders.

Showing young Latinas that leaders can look like them

The show follows the life of the young Cuban-American Elena Cañero-Reed (Tess Romero) as she navigates the trials and tribulations of middle school. We see glimpses of a future-Elena (Gina Rodriguez) who has become the President of the United States. Told through voice-over narration as adult-Elena reads through her childhood diary, the coming-of-age series follows the future leader as she grows and learns important life lessons that will eventually lead to her future as President. 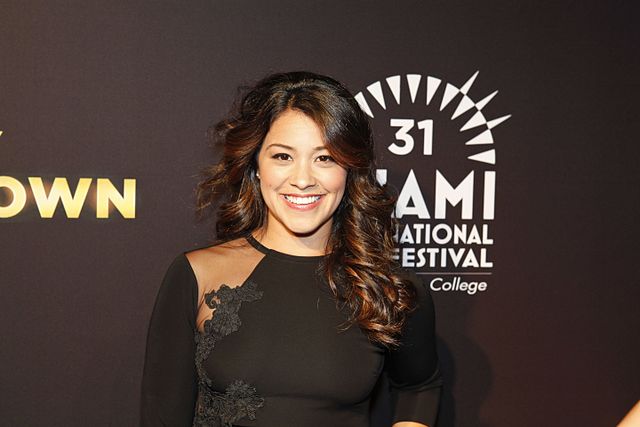 Showrunner, Ilana Peña says she drew inspiration from her own life and upbringing for the creation of the show. Her goal with “Diary of a Future President” was to portray a coming-of-age tale of a future leader with the focus on girlhood, culture, and family.

“I had seen a lot of stories about boyhood and I have seen a lot of these origin stories where you have this messy, complicated adolescence. But, I had not seen a lot with girlhood and giving girls permission to be messy and flawed,” Peña said in an article with KGET.com. “I wanted to show that they can achieve great things and the messiness is part of their superpower. Their failures are things they can learn from. I wanted to create a show that was inspirational in a lot of ways but also was realistic.” 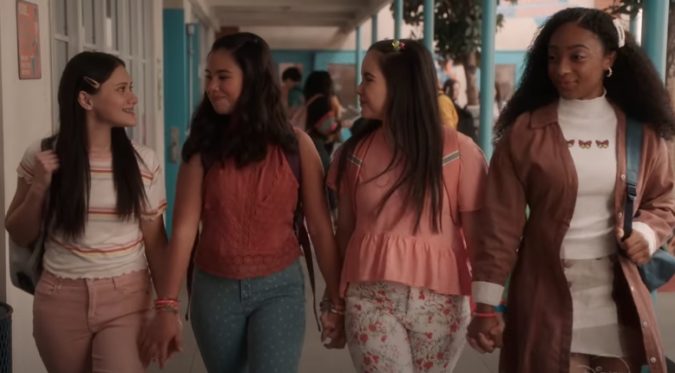 “Diary of a Future President” is tackling girlhood and showing young Latinas that leaders can look like them. (Image Source)

In addition to tackling girlhood and inspiring young girls to see themselves as leaders, another important aspect in the creation of the show was culture. Depicting the life of a young Latina and her family in an honest and realistic way was crucial to Peña. In an era where diversity and representation matter, Peña wished to give young Latinas the role models to look up to that looked like them physically and culturally. The message she hopes young Latinas will receive is that they are capable of dreaming big and becoming future leaders too.

Now entering its second season, “Diary of a Future President” is putting more focus on the importance of adults and how supportive families help empower children to become confident leaders. It’s the people, places, and things that surround children in their youth that will influence who they become.

Peña and her team hope to give young viewers the adult role models they wished they had growing up. Additionally, Peña has embraced her own role as mentor and role model to the show’s young cast. On set, the young actors are given the opportunity to use their voices, offer suggestions, and participate in the process. The show’s team is a diverse group, with many women in key leadership roles such as Peña herself as showrunner, and Gina Rodriguez as an executive producer, along with many female directors and writers.

The show’s adult actors have also stepped into the role of parents. Actress Selenis Leyva who portrays Elena’s mother said, “We feel like the second season has opened it up to be a true family show where we see how important it is to have the mother, a father figure, a family unit. Whatever that unit may look like it is still important to have that unit. 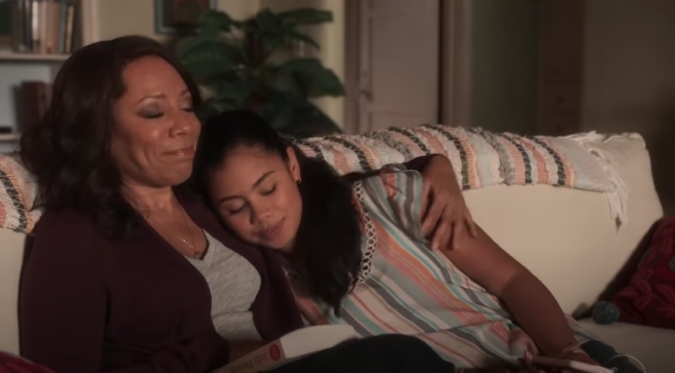 The family show emphasizes the importance of role models and the crucial part parents and family play in shaping future leaders. (Image Source)

“I love that our voices are heard and so important in power this season. The biggest lesson for me once I became a mother is how you always have to be mindful of how you move about your daily life. Your children are always watching,” she added.

When asked to give words of guidance to their younger selves, the cast shared words of wisdom in an article with Yahoo!.

“I would definitely tell my younger self it’s going to be all right,” Leyva said. “ It really is. It’ll take time, but it’s gonna be all right. It’ll work itself out.”

The cast’s young lead actress, Tess Romero shared her own words of advice. “I would probably say be more outgoing, be more open to trying new things and talking to different people and just experimenting. That’s what being a kid is about.”

Finally, Peña reflected back on her past self, urging young viewers to “Hold on to that spark.” She recalled how as a young girl she was very confident but that over the years that belief in herself waned.

“I think if you had told teenage me you are going to have a TV show, she would have been like ‘Yes. On Disney? Of course. And we will be on Broadway on the side and we will be in movies and I will have a column in the Miami Herald’,” Peña said to KGET.com. “But, if you had told that to 20-year-old me, or even 25-year-old me, I would have been like ‘Oh no. Not me. I couldn’t.’”

Tapping back into her past self to create “Diary of a Future President” has reminded her of the strengths she possessed as a young girl. She hopes other young Latinas will tap into that strength as well and never lose it as they grow into future leaders.

“I think it has been really meaningful to connect with my younger self and get that unapologetic-ness back,” she added, noting that she would instead look to her 13-year-old self for advice, not the other way around. “Diary of a Future President” season 2 is now streaming on Disney+.