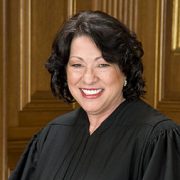 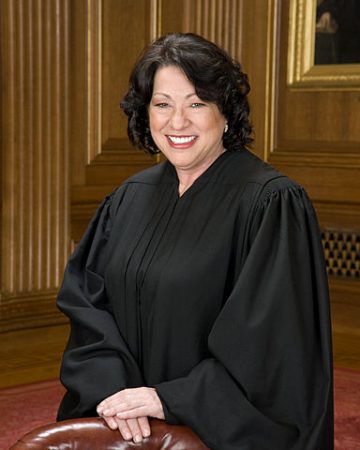 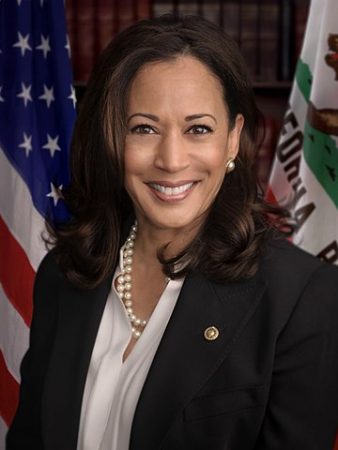 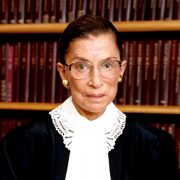 When asked when will there be enough women on the Supreme Court, Ruth Bader Ginsburg famously replied, “When there are nine.” Many people were shocked by this response. But why? As Ginsburg herself said, “But there’s been nine men, and nobody’s ever raised a question about that.” As only the second appointed female Supreme Court Justice, Ginsburg spent her entire career challenging preconceived notions about women and fighting for our rights. 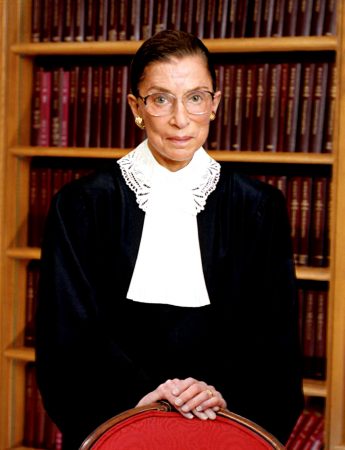 She has become an icon for women and young girls and her recent passing on September 18th has left our country in mourning. Many fear for the future of gender equality in the U.S. now that Ginsburg’s seat in the Supreme Court will likely be filled by another conservative judge appointed by President Trump. But her legacy toward gender equality will not be forgotten and as a nation we will continue her fight for the future she dreamed of, where one day there will be nine!

The life of Ruth Bader Ginsburg

Ruth Joan Bader was born to Nathan and Cecilia Bader March 15, 1933. She grew up in a low-income, working class neighborhood in Brooklyn, New York. Throughout her childhood, her mother was a major influence in her life, instilling in her the value of independence and a passion for education.

On her mother’s teachings, Ginsburg once said, “My mother told me to be a lady. And for her, that meant be your own person, be independent.”

Cecelia Bader never attended college herself. Instead she worked in a garment factory and her earnings went toward paying for her brother’s college education. This selfless act left a tremendous impression on Ruth, who spend the rest of her academic career working diligently at her studies.

In 1954, Ginsburg graduated top of her class from Cornell University and later that same year she married fellow law student, Martin D. Ginsburg.

Her academic achievements in the years that followed include attending Harvard Law School as one of eight women in a class of over 500, becoming the first female member of the prestigious Harvard Law Review, transferring to Columbia Law School, graduating top of her class once more, and all while balancing new motherhood and caring for her ill husband.

Despite her outstanding academic record, Ginsburg still faced gender discrimination during this time. At Harvard, she was chided by the law school’s dean for taking the place of qualified males, and later after graduating from Colombia Ginsburg faced difficulty securing employment. However, Ginsburg would eventually rise up to become one of the most influential women in the country. 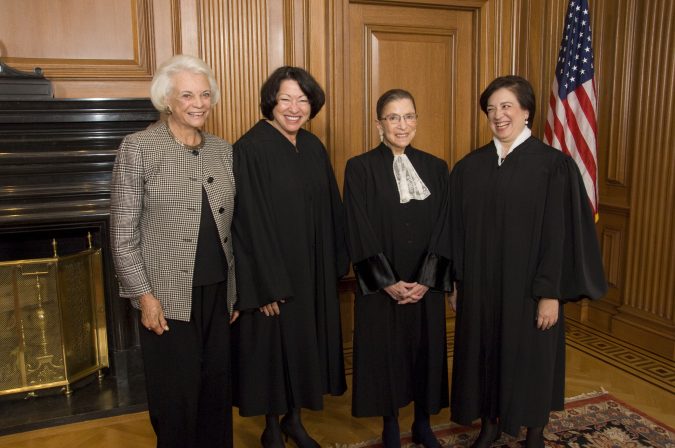 Steve Petteway, photographer for the Supreme Court of the United States. / Public domain

Her fight against gender inequality was fought slowly, incrementally, over many decades. People are never ready for sweeping change, and so to change the minds of those around her–who were predominantly men–she needed to play the long game.

In a recent article for The New York Times, Linda Greenhouse writes, “As a lawyer appearing before the Supreme Court, she presented herself as a modest incrementalist. She had to. If she had come before the court as a social revolutionary, the justices — never having viewed the Constitution as having anything to say about women — would have recoiled. Instead, they swallowed the bite-size portions she served to them, and assumptions about the respective roles of men and women — primary wage earner, primary caretaker — that had been baked into the law for eons disappeared, one case at a time.”

This was Ginsburg’s style. She brought people around to her ideas, and fought long and hard to bring about the changes she believed in.

“Fight for the things that you care about,” she once said, “but do it in a way that will lead others to join you.”

Throughout her career she worked to make changes for women and make our country a more fair and equal place. She has been honored with countless awards and recognition for her hard work. In 1999, she was awarded the Thurgood Marshall Award by the American Bar Association for her contributions to gender equality and civil rights and in 2002 she was inducted into the National Women’s Hall of Fame. She received the American Bar Associations highest honor, the ABA medal, in 2010 and just last month she was selected as this year’s recipient of the National Constitution Center’s Liberty Medal “for her efforts to advance liberty and equality for all.” 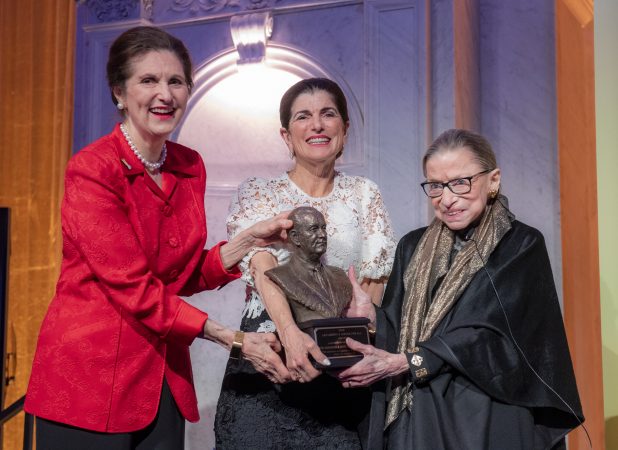 Ginsburg’s life was one of great accomplishment and we have become a better, more just nation because of her diligent work. Still, there is much more to be done. She has carved the path forward for us, now we must all follow in her footsteps to continue her legacy. 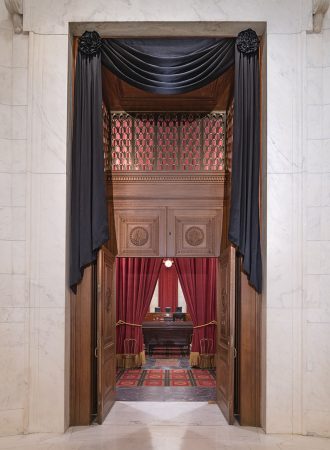 In recent years, Ruth Bader Ginsburg gained almost a celebrity following among younger generations. Fondly dubbed “Notorious R.G.B.” as a play on the name of late rapper “Notorious B.I.G.”, Ginsburg has become a beloved icon to women and young girls who look up to her as a role model.

On her legacy, Ginsburg said, “To make life a little better for people less fortunate than you, that’s what I think a meaningful life is. One lives not just for oneself but for one’s community.”

Now her legacy is in our hands to continue. As we move forward as a nation, we should remember her words. We, as a society, must work together to make life better for everyone in our communities. Equality is not just for the privileged few, but for all. In recent years, many U.S. citizens seem to have forgotten what freedom and equality really means, and what this country stands for. But Ruth Bader Ginsburg never let her vision for equality waver. She fought until the very end, so that equality could prosper in our nation.

We must now channel her fierce energy and passion into our work as we continue to build a fair and just future for the next generation.

Here I leave you with some parting words from Ginsburg that we should all take to heart.

“Dissents speak to a future age. It’s not simply to say, ‘My colleagues are wrong and I would do it this way.’ But the greatest dissents do become court opinions and gradually over time their views become the dominant view. So that’s the dissenter’s hope: that they are writing not for today, but for tomorrow….We are a nation made strong by people like you.”