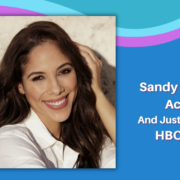 During our March 25th virtual event, Latinas & Success: What It Takes to Make it in America, speakers and panelists explored if the American Dream is still possible for Latinas and other minority women entrepreneurs, and shared the obstacles and barriers they overcame to get to the top.

In our first panel,  How to Overcome Being a Latina, a Woman and an Immigrant to Achieve Success, actress Sandy Tejada spoke candidly about her journey as a Latina in Hollywood and the struggles she has faced and overcome in the industry. 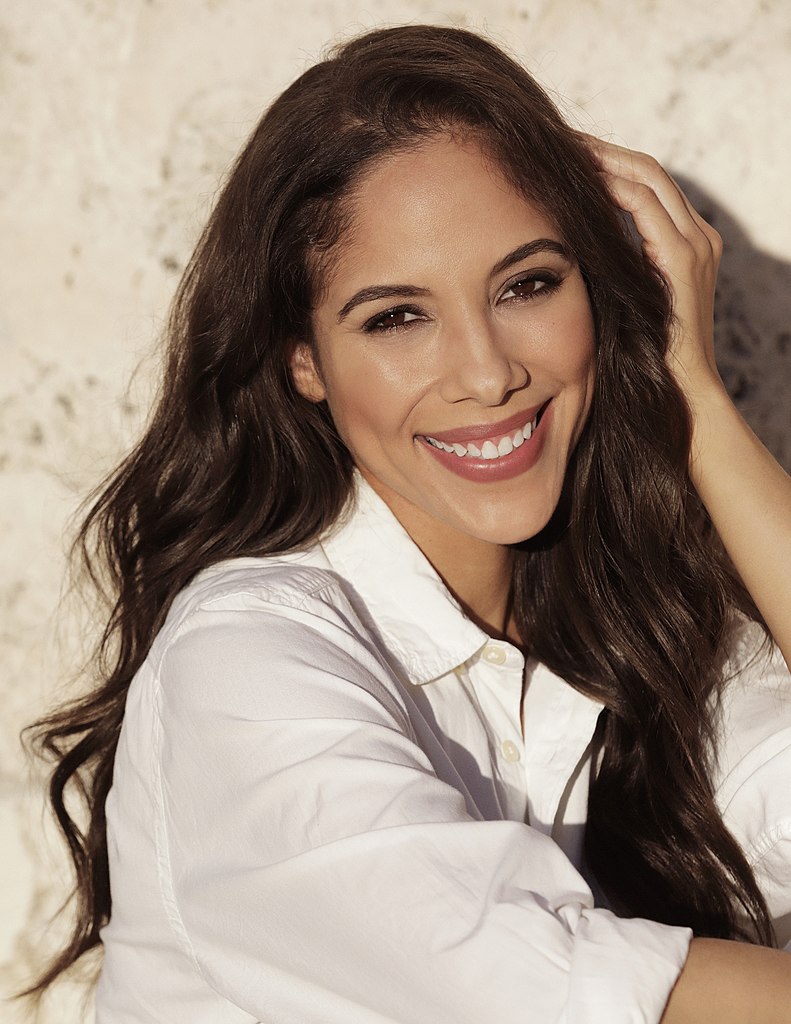 Proud of her Dominican heritage, Sandy was born in Manhattan, New York and raised by a single mother and is a bright, up and coming young star, attracting a lot of attention from directors who often compare her to J. Lo. Still, she is very much her own flavor.

She has acted in productions such as FBI, playing the role of the wife of actor David Zayas;  The Deuce, co-starring James Franco;  Angelfish playing the best friend of rapper Princess Nokia, stage name of Destiny Nicole Frasqueri;  Goatface, produced by Hasan Minhaj.

Most recently, Sandy opened the reboot of the first season of the famous original series Sex and the City called And Just Like That, on HBO Max and shared screen with Sarah Jessica Parker.  She appears in the first episode of the series and in her role, Sandy personifies the hostess of a well-known restaurant host in New York City.

“Growing up watching episodes of the Sex and the City series, I was always inspired by the free and easy character of Sarah Jessica Parker.  I never imagined that I, being Afro-Latina, would participate in this program that would become a cultural phenomenon after so many years,” said Sandy.

Her mother was a huge influence in her life, bestowing upon her the wisdom to achieve the American dream, and to seize control of her own destiny. Her mother instilled in her an appreciation for learning, encouraging her to first focus on her education as a solid foundation to then pursue her dreams.

And Sandy’s big dream was to perform. As a young girl, Sandy loved acting and making people laugh. She would reenact scenes from popular Hispanic shows for her family and was always drawn to fun, interesting roles.

“I always wanted to play the roles where they switched it up,” she said during the Latina & Success panel.

Acting was also a way to escape the often turbulent times growing up in a single-parent immigrant household.

Still, despite challenges, Sandy was determined to succeed and she excelled in everything she set her mind to. Modeling, dancing, swimming, basketball, and softball were some of the ways that Sandy got to show off her natural talents.

She attended St. Francis College on a four year Presidential Academic Scholarship, and majored in Communications with a concentration in Film and Broadcasting. At St. Francis she was exposed to the world of television, theatre and film, which allowed her to further pursue her love and passion for acting.

“Not Spanish-looking enough for roles”

As she began breaking out into the industry, Sandy soon found herself facing new challenges, primarily around diversity and inclusion. One of her biggest on-going challenges is that she is often not considered for roles based on her looks. Due to stereotypes in the industry, many do not consider her to “look Spanish enough” for Latina roles. Casting directors expect a certain stereotypical look for Latina characters, but Sandy does not fit this rigid mold.

“For Hollywood, when you watch TV and film, it’s basically a Latin role requires someone with dark hair, dark eyes, pale skin. And so my dad was Black and my mom was white and I look like this, I’m mixed,” said Sandy. “People don’t often believe me when I tell them I’m Dominican. Dominicans don’t even believe me that I’m Dominican. That’s the biggest challenge I have is that I’m not Salma Hayek or Penelope Cruz looking, I’m Afro-Latina.”

She has been told she is not white enough for roles or not biracial enough for roles and not Spanish enough for roles. She has tried to change herself to fit the mold, wearing wigs and trying to lighten her skin but still the struggle to fit in and get roles continues. This struggle is part of a larger problem within Hollywood and the work that still needs to be done to expand diversity and inclusion for actors.

Facing these obstacles has motivated Sandy to push for greater representation and diversity in media.

“My greatest wish is to pave the way for greater representation of Latinxs in film and television,” Sandy said.

To other Latinas looking to get into the industry, Sandy emphasizes the power of giving back. Together we can all find success and realize the American Dream.

“To get a little you have to give a little,” she said. “And pay it forward. So if I help you, you help the next Latina and then we can all grow together and that’s how we can become stronger and more successful together.”

PRODU FIAP Face to Face Webinar: 'Redefining the role of content' will be addressed tomorrow, Tuesday, May 17

MIAMI, FL — May 16, 2022 — (NOTICIAS NEWSWIRE) — Content represents a large chunk (47% according to Nielsen) of the cake of key elements for a successful communication campaign. When media and message find their perfect balance, the impact on sales and ROI is evident. But how is this content that audiences are eager …

NEW YORK, NY — May 12, 2022 — (NOTICIAS NEWSWIRE) — Bibi Hidalgo is the Associate Administrator for Government Contracting & Business Development at the SBA and is the first-ever woman appointed by the President for this role.  In this role, Bibi Hidalgo oversees and reviews procurement policies for small businesses hoping to work with …
View More
Want more? Get LIBiz.us in your Inbox!