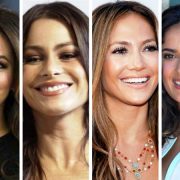 Latina celebrities are building style empires at a staggering rate, including clothing lines, fragrances, lingerie and sporting clothes. Their empires are in the multimillion level; they are starting lasting trends and becoming top influencers in the way women dress, look and smell. 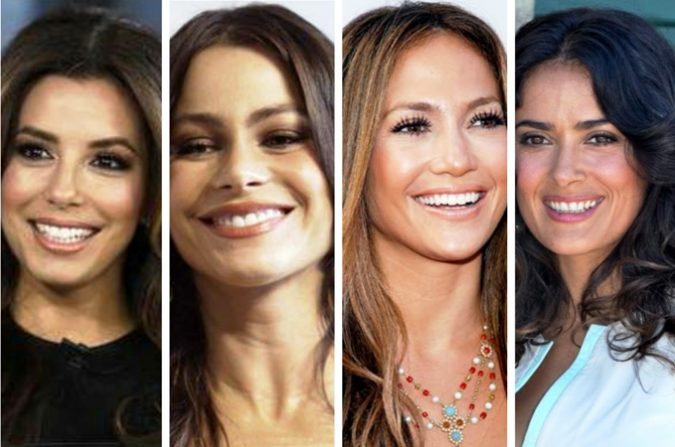 However, who of these four Latina celebrities is the best entrepreneur? Investing, branding and philanthropy are just some of the ways they are managing their multimillion dollar enterprises.

We follow them, we adore them, and we admire them. They make us proud –most of the time– because we see them as major achievers of our own tribe: smart Latinas. Each has conquered the Hollywood world of fame and glitter in her own right; however, each has also managed their earnings and ventures in a different way.

Who of these four Latina celebrities is the best entrepreneur? In my view, entrepreneurship encompasses several aspects of a person’s influence in the world. Producing wealth through creative talent is an important part of who we are as entrepreneurs but wise branding, productive investing, and strong corporate responsibility are also crucial components in being a successful entrepreneur.

Jennifer Lopez launched and promoted her scent Glowing in 2012.  She began designing in 2001, starting with the brand Sweetface Fashion but she has also launched a line of clothing and accessories for Kohl’s department stores that includes dresses, sportswear, handbags and jewelry. According to Forbes, the “actress, singer, dancer, fashion designer, and television producer has a net worth of $300 million. Her career has spanned more than two decades and today she is one of Hollywood’s biggest A-list celebrities.

Lopez’s style and empire have influenced the world. Her  fragrance line has become the most successful line in the world, with record-breaking sales exceeding $2 billion. Lopez has contributed to a number of charitable organizations including Amnesty International, and March of Dimes, among others.

Longoria, our Latina “desperate housewife,” enrolled the support of the brand L’Oreal to design her line of scent, a bold move since the actress is allergic to most fragrances. An American television and film actress who has a net worth of $35 million dollars, according to Forbes, she was born in 1975 in Corpus Christi, Texas.  She was known for her role as Isabella in The Young and the Restless (CBS) and as Gabrielle Solis on  Desperate Housewives (ABC).

Her commitment to Latino causes and giving back to the community earned her the Philanthropist of the Year award by The Hollywood Reporter. She has fundraised for the Make-A-Wish Foundation and founded Eva’s Heroes, a charity which helps developmentally disabled children in 2006. She is also the national spokesperson for PADRES Contra El Cancer. She is heavily involved in the Friends of the American Latino Museum and the US Hispanic Chamber of Commerce.

Sofia Vergara, the Colombian born actress, model and spokeswoman has an estimated net worth of $70 million, according to Forbes. Born in 1972 in Barranquilla, Colombia, she is probably most famous for her role as Gloria Delgado-Pritchett on the show Modern Family (ABC).

However, she also has deigned a line of clothes, under the slogan “Work what you got” aimed at women who want to feel safe and sexy. The line is sold at Kmart stores, to be accessible to her fans at very reasonable prices.

“The 48-year-old original Mexicana beauty has been making a name lately in the business and philanthropy world with her skin-care line Nuance with mass drugstore CVS, which pulls from her own ancestry to come up with beauty ingredients like Tepezcohuite, a tree famed for its restorative properties. She also has partnered with Beyoncé Knowles in launching Chime for Change, which aims to empower women and girls globally. As a Hollywood pioneer and mom of 6-year-old Valentina, Salma continues to inspire year after year,” says Cosmopolitan for Latinas.

And Refinery29 mentions that “Salma’s not your typical Hollywood actress. In 2000, she founded film production company Ventanarosa, through which she produced and starred in Frida, which brought in two Oscars. She went on to executive produce Ugly Betty, the American version of Colombian telenovela Yo soy Betty, la fea, sign a development deal with ABC, and even create her own line of cosmetics and skincare products, Nuance, inspired by her grandmother’s homemade concoctions.

“Besides being our favorite guest character on 30 Rock, Hayek has worked tirelessly with UNICEF to stop the spread of tetanus to children, and she’s made contributions to prevent violence against women and discrimination, netting a stack of awards for her assistance.

“On top of being an A-list activist actress and business woman, Salma also co-founded and helped create recipes for Cooler Cleanse, sold at Juice Generation shops all throughout New York City. Looks like she was waaay into juicing before the rest of us.”

So in your view, which of these Latina celebrities is the smartest business woman and why? Are branding, design, influence, charitable work and community responsibility important features of a smart business woman?