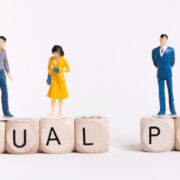 Latinas are not paid fairly. In fact, Latinas have the lowest earnings of any major race or ethnicity and gender group, earning on average, 43% less than white men and 28% less than white women. The Latina wage gap has persisted for far too long and, if we continue to do nothing, it will take up to two centuries to close this gap.

Latinas are a powerhouse population accounting for close to $1 trillion in US buying power, but earn on average only 55 cents to the dollar paid to white, non-hispanic men. This gap has hardly moved in over 30 years, and the longstanding pay disparities Latinas face have only been exacerbated by the Covid-19 crisis.

Latinas make up just 7% of the overall workforce, but they account for 22% of child-care workers and there are nearly three in 10 Latinas working a front-line job today, but still being underpaid for their work.

The wage gap for Latinas starts young, too. From age 16, Latinas are paid less than white boys the same age—and the gap continues to grow from there. 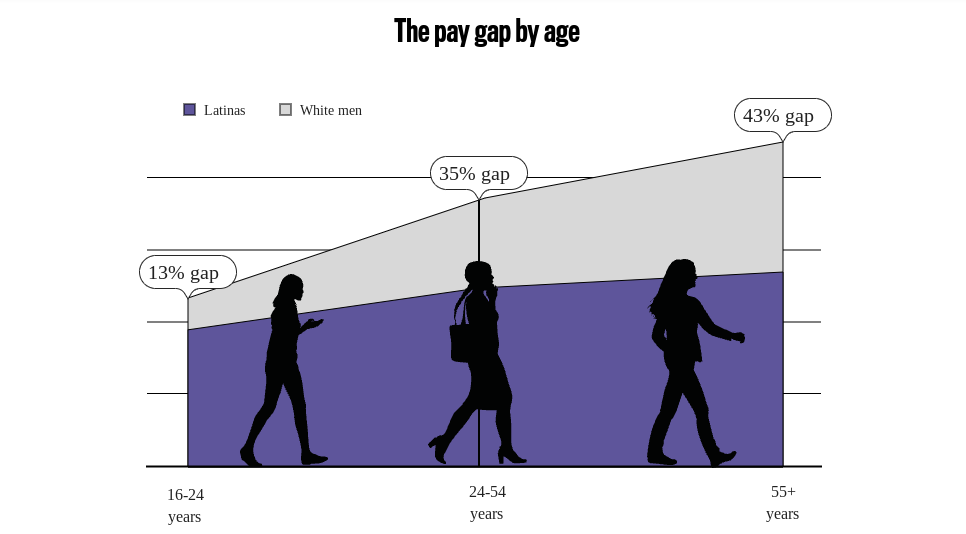 Additionally, the wage gap widens for educated Latinas. Latinas are pursuing higher education more than ever before but education does not eliminate the wage gap. Data found that the gap is in fact largest for Latinas with a bachelor’s degree.

Despite their higher education these Latinas earn 35% less than white men on average, and even in the same position, Latinas still earn less than white men. Latinas also ask for promotions and raises at similar rates to white men, yet for every 100 men promoted to manager, only 71 Latinas are promoted. 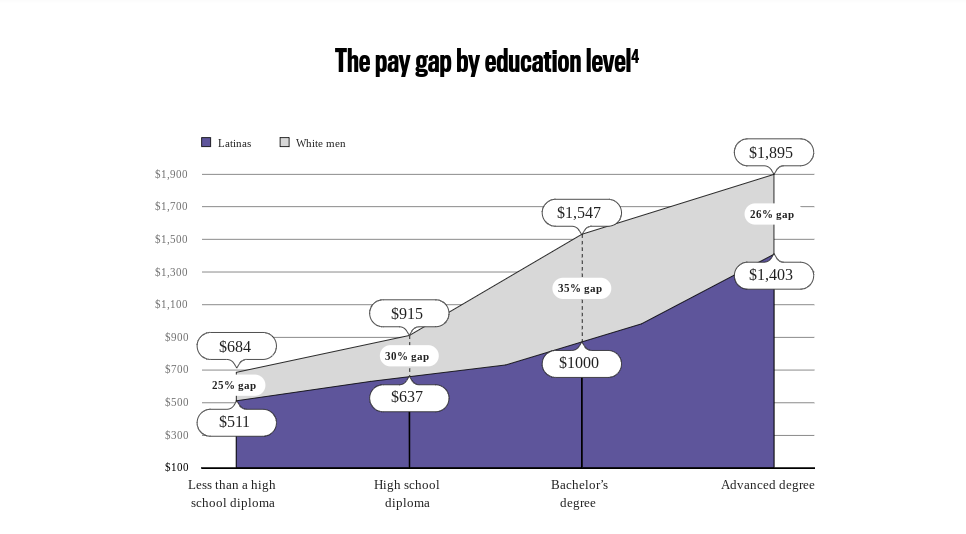 Latinas face both sexism and racism in the workplace, with stereotypes fuling assumptions about Latinas’ work ethic and ambition. Stereotypes painting Latinas as overly domestic create the belief that Latinas are less ambitious in their careers making employers assume they don’t want to or expect to be paid well.

These stereotypes and unfair biases are harmful and have real lasting consequences on Latinas and their families.  Latina mothers earn 54% less than white fathers, which means less money for basic family necessities like rent, food, school supplies, and impacts the family’s ability to save and invest long term.

Over time, the lost income adds up. According to the data, the average Latina’s career, she will lose over a million dollars compared to white men. 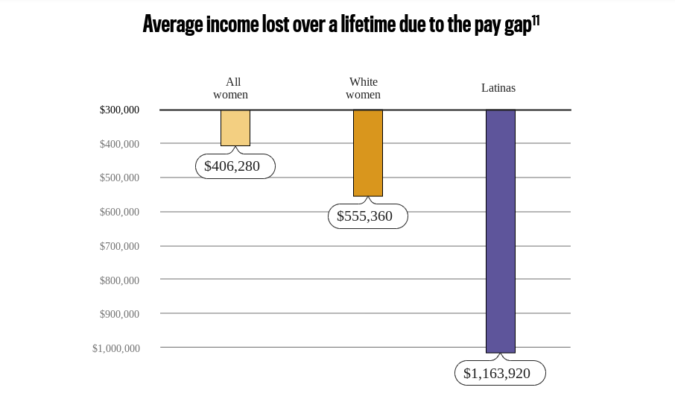 Average income lost over a lifetime due to the pay gap. (Source: leanin.org)

Some steps toward closing the Latina wage gap include supporting legislation and organizations aimed toward eliminating gender wage gaps such as PowHerNY, an inclusive statewide network of individuals and organizations committed to accelerating and securing economic equality for all New York women.

Another step Latinas can take to combat the wage gap, especially for those in low-wage jobs, is to join a union. According to data, the overall wage gap for union members is 53% smaller than the wage gap for non-members.

We cannot wait two centuries for the Latina wage gap to close. We need to take action now.

For more information and further learning on the gender wage gap: 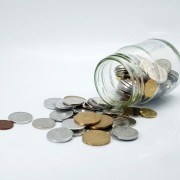 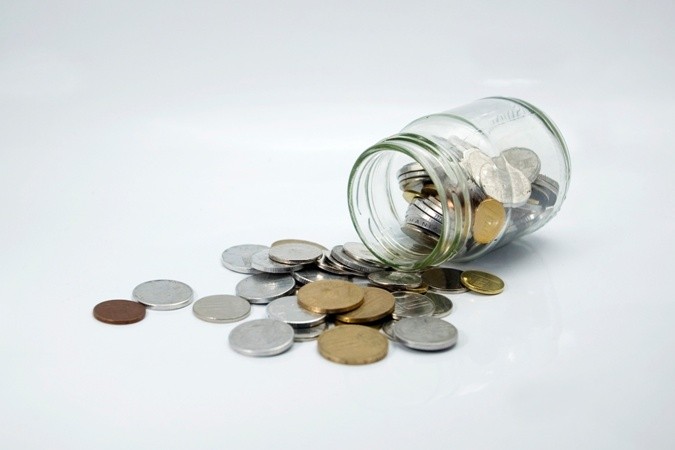