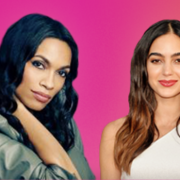 Hollywood stars Rosario Dawson (“The Mandalorian”) and Melissa Barrera (upcoming “In The Heights”) are co-hosting the Cinco de Mayo LA Virtual Festival, which will feature Latinx music stars, in support of California farmworkers. 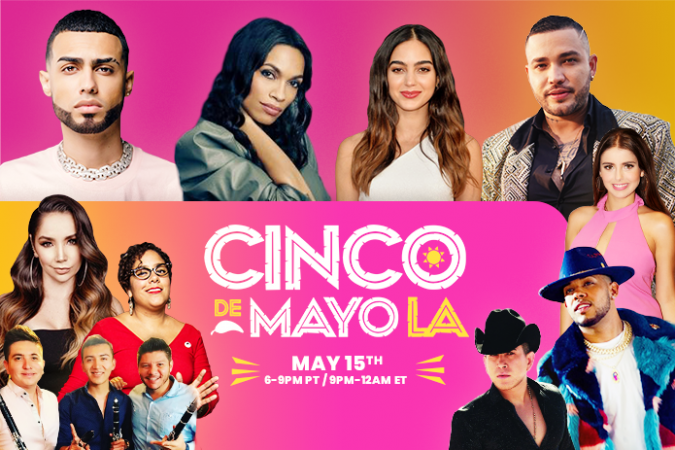 RosarioDawson is a co-founder of Voto Latino and a longtime champion of the Latinx community, who supports the cause of farmworkers. Melissa Barrera is also active in the Latinx community and is playing one of the leading roles in this summer’s event film, “In The Heights,” based on the Lin-Manuel Miranda Tony Award-winning musical, which Warner Bros. Pictures is releasing nationwide in theaters and on HBO Max on June 11 and it will be available on HBO Max for 31 days from theatrical release.

The May 15th virtual event will start at 6 PM/PST and be broadcasted simultaneously on national television and multiple live streaming platforms.

The Cinco de Mayo LA Virtual Festival  will help raise awareness and funds for the California Rural Legal Assistance, Inc. (CRLA), one of the nation’s most prestigious farmworker-serving organizations.

In addition to showcasing music, Cinco de Mayo LA will also feature a dance competition, a comedy skit by festival social media influencers co-hosts the MexicanGueys, a virtual fashion show curated by fashion consultant Adriana Pavon, mixology segments, recipes, and other creative surprises. And though this year’s festival is purely virtual due to COVID, the event is laying the groundwork for an in-person and live stream spectacle in 2022 on the streets of L.A.

Central to the festival is its cause: elevating farmworkers. Currently, more than a third of U.S. farmworkers live in California and 92% are Latino and help produce a third of the nation’s vegetables and more than 350 food commodities. These farmworkers have labored in the fields through the pandemic and are a driving force that keeps the nation’s grocery stores stocked. Yet, despite the hazards that farmworkers face, they receive far fewer legal protections than most other workers.

“The pandemic may be delaying the in-person version of Cinco de Mayo LA but the one thing that will be constant for us is that we will always honor our farmworkers because this is their national storytelling platform,” said Brilla Media co-founder Manny Ruiz, whose paternal grandfather who raised him was a farmworker.

Brilla Media partnered with CRLA because of the organization’s 55-year track record of providing legal assistance in the areas of labor and employment, housing, health, and education to farmworkers throughout California. As part of its partnership with CRLA, Brilla Media will be hosting a continuous call to donate on the festival broadcast, which some of the celebrities and music artists themselves will promote. All of the donations submitted through this special festival link, http://weblink.donorperfect.com/CRLA-Cinco, will go directly to CRLA.

“We’re excited that Cinco de Mayo LA can raise awareness and funds for our cause through culture and celebration,” said Jose Padilla, Executive Director of CRLA. “The COVID-19 pandemic emphasizes how essential farmworkers are to everyone’s wellbeing—and how often they are left out of protections and resources. Through this festival, people will have a chance to give back by increasing farmworkers’ access to justice.”