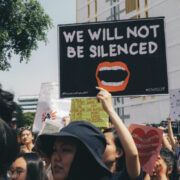 Roe v Wade, 410 U.S. 113, was a landmark decision of the U.S. Supreme Court which ruled that the Constitution of the United States protects a pregnant woman’s liberty to choose to have an abortion without excessive government restriction.

Roe fueled an ongoing abortion debate in the United States about whether or to what extent abortion should be legal, who should decide the legality of abortion, and what the role of moral and religious views in the political sphere should be.

This debate continued even after the Court’s ruling on January 22, 1973, where the Supreme Court issued a 7–2 decision in favor of “Jane Roe” (Norma McCorvey) holding that women in the United States had a fundamental right to choose whether to have abortions without excessive government restriction and striking down Texas’s abortion ban as unconstitutional. 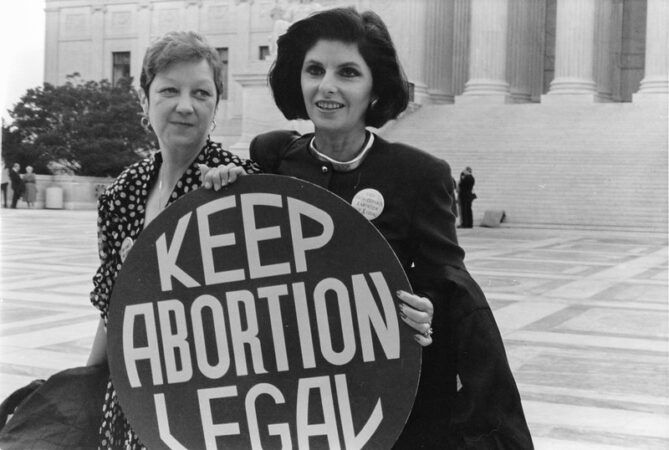 Norma McCorvey (Jane Roe) and her lawyer Gloria Allred on the steps of the Supreme Court, 1989. (Photo attribution: Lorie Shaull, on Flickr.)

However, this past Monday, on May 2, 2022, Politico obtained a leaked initial draft majority opinion penned by Justice Samuel Alito suggesting that the Supreme Court is poised to overturn Roe v Wade. Chief Justice John Roberts confirmed the authenticity of the leaked document in a statement released a day later, although he noted that “it does not represent a decision by the Court or the final position of any member on the issues in the case“

In response to this news, New Jersey Governor Phil Murphy issued a statement yesterday, May 3, 2022, regarding the future of reproductive rights in New Jersey.

“I want to briefly address the reports that the U.S. Supreme Court has voted to overturn the long-standing precedents of both Roe v Wade and Planned Parenthood v Casey and eliminate the federal protection of a woman’s reproductive freedom.

Quite frankly, while enraging, this news is hardly surprising. This is exactly why we took the step we did earlier this year in enshrining every New Jerseyan’s full reproductive rights into state law. 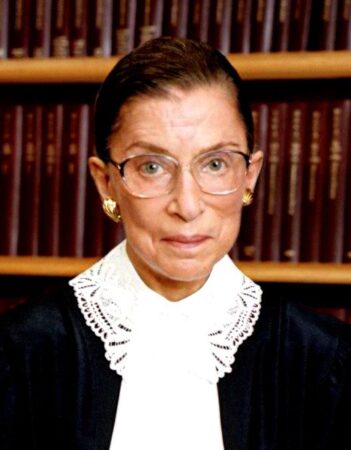 When I stood with lawmakers in October 2020 to introduce the Reproductive Freedom Act, it was just six days after Donald Trump selected Amy Coney Barrett to replace Ruth Bader Ginsburg on the Supreme Court.

It was as clear then as it is now that this Court, stacked with Trump appointees, could not be trusted to protect women’s reproductive rights.

If the Court takes this awful step, this decision will have no impact on New Jersey state law or the full right to reproductive freedom under our state law. This remains fully intact, because here in New Jersey, instead of hoping for the best, we prepared ourselves for the worst.

Throughout my governorship, I have fought for a single, basic principle: this must be a decision made between a woman and her doctor, period.

If a right-wing Supreme Court cannot recognize this simple truth, our elected officials in Washington must take matters into their own hands.

Congress must immediately pass federal legislation protecting the reproductive rights of all Americans, everywhere across this nation. If that means reforming the filibuster, then we need to reform the filibuster.

We must ensure that every American woman has the freedom that every New Jersey woman has.

And if this Congress won’t protect reproductive freedom, America needs to elect a Congress in November that will.”

As we wait for further developments regarding the state of reproductive rights on the federal level, all eyes are on the Supreme Court.

NEW YORK, NY — May 19, 2022 — (NOTICIAS NEWSWIRE) — Susana Marino is the founder and current President of the Northern Virginia Hispanic Chamber of Commerce (NOVAHCC), an international business and trade association representing people of all entrepreneurial backgrounds and industries. In 2019, Susana Marino was awarded by El Tiempo Latino with Power 100 Meter …
View More
Want more? Get LIBiz.us in your Inbox!