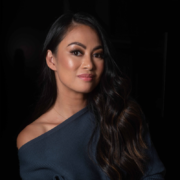 Rechelle Balanzat is the CEO & Founder of Juliette Technologies. She’s a solo female tech entrepreneur and launched Juliette in Sept. 2014 from a basement laundromat in Murray Hill. She’s a graduate of Goldman Sachs 10,000 Small Businesses Program, a Tory Burch Fellow, an All Raise Female Founder, and a graduate of the International Drycleaning & Laundry Institute. Rechelle was also awarded Distinguished Filipino Women by the Philippine Consulate. 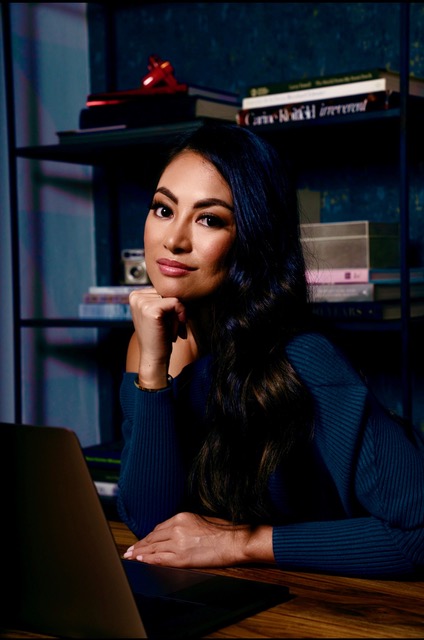 Her story begins in the Philippines where she was born to teenage parents and later became the first in her family to attend university, graduating with  honors from Fordham. Over the years she traveled and studied languages, worked in private equity and later digital marketing for brands like Max Mara, Pepsi, and Fresh. Then, in 2014, Rechelle set her sights on making a dream come true.

“Juliette Technologies is my third venture. It is a comprehensive software solution for laundry and dry cleaning. Through our app, clients can have their dirty clothes picked up, cleaned, and delivered within 24 hours at the tap of a button,” Rechelle explains.

Growing  up, Rechelle wanted to accomplish great things, do good work, and give back to her community. She looked for role models and found them, but few looked like her or represented where she came from—her gender, socioeconomic background, or diaspora.

“It’s hard to be something you can’t see. But I didn’t let that stop me. I set out to become category leader in laundry and dry cleaning—a big dream, I know. But it’s my dream. Should who I am, or where I come from dictate how big I’m allowed to dream?” says Rechelle.

Rechelle launched Juliette Technologies in September of 2014 after a year and a half of working on her prototype during her night while freelancing to pay the bills by day.

“In 2012/2013 I was using Seamless frequently for food delivery. Around the same time, I would have to call my local cleaner to pick up and/or drop off my laundry.  Sometimes they would come, sometimes they wouldn’t. That was my a-ha moment!  I asked myself, ‘Why isn’t there an app that could pickup and deliver my laundry & dry cleaning?’” 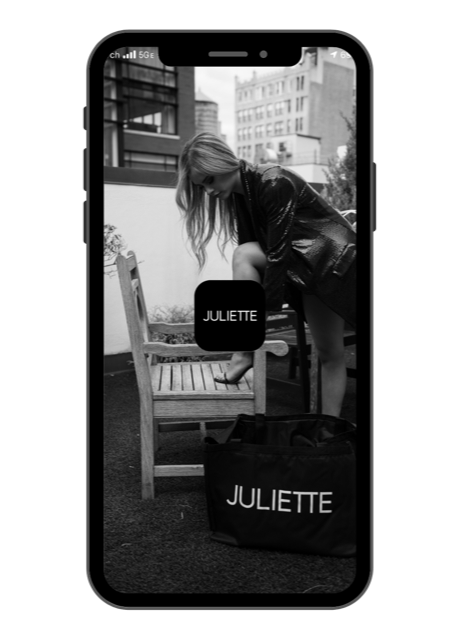 Working nonstop for the next few years, Rechelle built up her company brick by brick. She watched as her competitors raised—and lost—millions. Meanwhile she had nothing and raising money was a constant struggle.

“As a female technology entrepreneur, one of my biggest challenges was fundraising.  Even though I had customers from day one, a profitable business model, and a scalable solution – I failed to fundraise.  As a result I fell into a depression.  I questioned my skill set and my abilities.  Perhaps I am a failure?” Rechelle shares.

“Then I learned that the systems and paths to success thus far were made for people who do not share my background.  For example, of all VC funding only 2% go to women.  Of that, less than 0.2% go to women of color.”

While money does not always equal success, it does take money to make money and for Rechelle and her story not raising capital meant her path to success was longer and more difficult.

Still, Rechelle continued to work harder in the face of these challenges. She would not give up on her dream and eventually she hit her stride in 2017 when she began doubling her revenue. By the summer of 2019 she expanded to a second location. Then the pandemic hit and she lost 90% of revenue in 2020.

“It wasn’t until Q4 2021 that I was able to stabilize the business. Today we are back in growth mode. We expect to triple our revenue this year.” 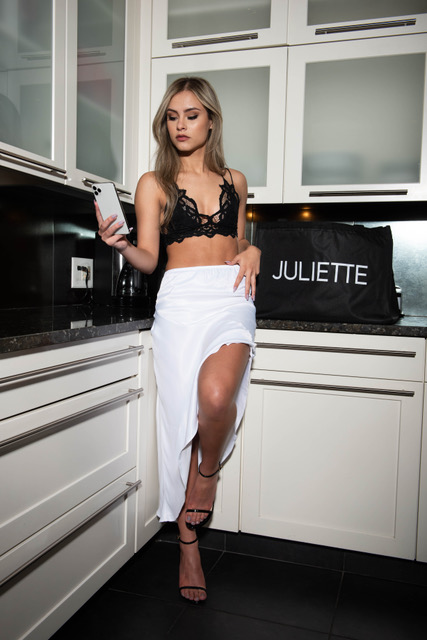 “We pickup, clean, and deliver clothes with the tap of a button.”  (Photo courtesy of Rechelle Balanzat)

“I am an empowered woman.  As such, I empower my team to make the right decisions when it comes to running our daily operations.  In the end, we become aligned with our vision and our values and that is a win-win,” says Rechelle. “As immigrants, we are natural survivors, natural entrepreneurs, and natural problem solvers.”

For other minority women starting their own entrepreneurial journeys, Rechelle says, “It’s not about the challenges or the setbacks. It’s about never losing faith in yourself. It’s about believing in yourself when no one else will; believing in your dreams when no one else will. Standing up for those dreams. Standing up for yourself. That space of self-discovery can be intimidating. But I promise you, it’s the most powerful place you can be. All the challenges, all the obstacles, they refine you—they make you stronger, wiser, sharper.”

Along her own personal journey Rechelle has learned that being an immigrant does not have to be a setback and that each person has the power to change the narrative and create new pathways. 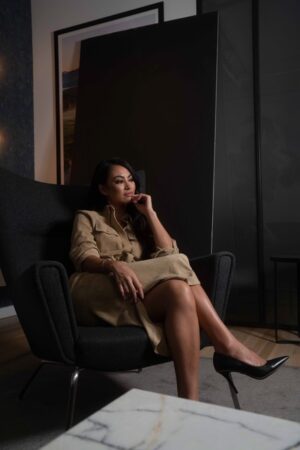 “Who we are, or where we come from, should not dictate how big we’re allowed to dream – even if the world thinks we’re dreaming too big,” says Rechelle.

“Be prepared to work twice as hard. Be prepared to get declined and rejected. And when that happens – see it as an opportunity.  Because it is up to us to break the cycle and find new pathways to success.”

“In our daily hustle, in our daily fight striving towards excellence – we forge the future and create new pathways for the women after us.  Know this: no one can take power away from you. You have to give it away. As you strive to make your mark in the world, do so with grace and compassion. Because in many cases, you may be the first!”