Condé Nast Senior Editor for Mexico and Latin America for Vogue, GQ and AD, Jose Forteza, sat one-on-one with Fashion Designers of Latin America’s founder, Albania Rosario, during fireside chat at the third annual Latinas in Business Women Entrepreneurs Empowerment Summit, where they discussed the important topic of diversity and inclusion in mainstream media. Touching on body positivity, ethnic and racial inclusion, and LGBTQ+ representation and visibility, their fireside chat delved into how the media can support Latinas and other minority women entrepreneurs and be more inclusive of their stories. 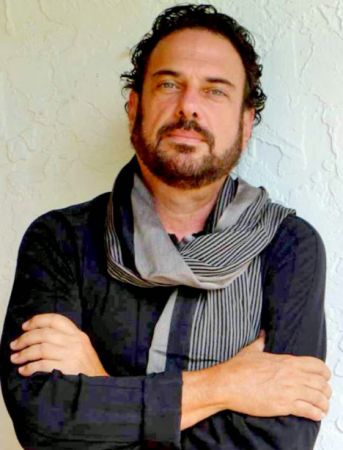 Condé Nast Senior Editor for Mexico and Latin America for Vogue, GQ and AD, Jose Forteza speaks on the importance of diversity and inclusion in the media.

Born in Havana of Spanish and Cuban descent, José Forteza has lived in Europe, Dominican Republic and the United States. Currently, Forteza is the Senior Editor of Condé Nast (Vogue, GQ and AD) for Mexico and Latin America, and has been in Condé Nast Publications for more than 20 years.

The fascinating creator has explored every aspect of the arts including dance, music and publishing. He is a TV writer, producer and radio host. He has been nominated for an Emmy Award and is a Producer Grammy Award winner.

An expert in the media world, Forteza shared insights on how mainstream media can support Latinas and other minority women entrepreneurs, share their stories, and be more inclusive of the diverse multitude of women in our communities.

The 2021 Women Entrepreneurs Empowerment Summit, held virtually on June 10th, connected women entrepreneurs, business owners, and industry leaders in a powerful, educational experience aimed to give women entrepreneurs the tools they need to grow their businesses and THRIVE! post-pandemic.

From panels and deep-dive workshops, to our high-powered fireside chat here with Jose Forteza, leaders and experts shared their knowledge and experience to further empower and inspire our community of women entrepreneurs.

Forteza’s conversation with FDLA’s Albania Rosario touched on the impact of mainstream media and how the media can help to support women entrepreneurs and women-owned brands and businesses to be more inclusive of diversity within the community.

Albania opened the conversation by asking Jose to speak on the topic of plus size models and the body positivity movement that we have been seeing over the past several years in recent media.

Albania: The body acceptance among consumers has led several media outlets to feature models with diverse body shapes and sizes. How has the audience reacted to these non-traditional models and how society views the plus size battle in body and health?

Jose: Well this is something that started, I would say like ten years ago, and now has settled down with very strong, strong, strong acceptance levels from the audience and from the media outlets at the same time….First of all, all the media started showing different size models and ethnic models. At the beginning some outlets were hesitant to do it, but then step by step it’s been increasingly positive. Right now, I would say that, especially for in the case of Vogue Latin America, where I work, it’s nothing out of the usual thing if we include different different size models and different ethnic models, we are just including beautiful women, talented women, and that’s all that matters.

Missed the conversation? View the full chat below and Subscribe to Latinas In Business on YouTube to catch up on our other 2021 WEES highlights and future videos!

Inclusivity for LGBTQ+ Latinx in the media

Jose Forteza and Albania continued their conversation of diversity and inclusion in media by touching on the inclusion of LGBTQ+ Latinx narratives and why this representation is important in the media.

As many know, June is Pride Month, a time when the LGBTQ+ community comes together in celebration. Often marked by parades, festivals, and concerts across the globe, Pride is about community and visibility, both a celebration but also a movement. The historical roots of Pride is often forgotten beneath the parades and parties, but Pride Month is also a month of remembrance and tribute for those who participated in the Stonewall Riots. 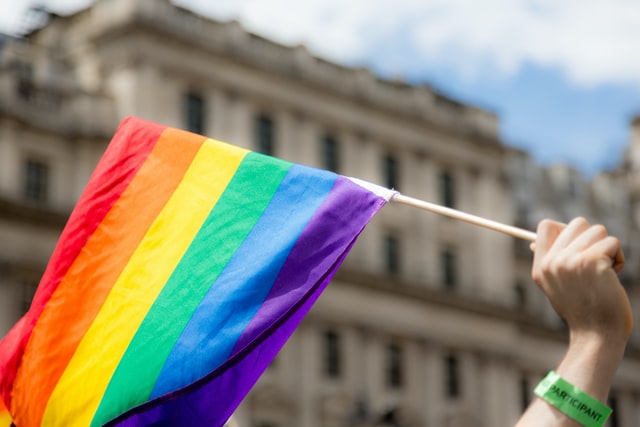 Why diversity and inclusion in media matters. (Photo by Ian Taylor on Unsplash)

The Stonewall Riots began on n New York on June 28, 1969, when police raided the Stonewall Inn, a gay club in Greenwich Village, which resulted in bar patrons, staff, and neighborhood residents rioting onto Christopher Street outside. Among the many leaders of the riots was a black, trans, bisexual woman, Marsha P. Johnson, leading the movement to continue over six days with protests. The message of these protests was a demand for the establishment of places where LGBT+ people could go and be open about their sexual orientation without fear of arrest.

Following the Stonewall Riots came the first Pride Parade, organized by Brenda Howard as the Christopher Street Liberation Day Parade a year after the Stonewall Riots. This eventually morphed into what we now know as the New York City Pride March and was the catalyst for the formation of similar parades and marches across the world.

Pride month reminds us of the struggles LGBTQ+ people have endured just to be able to be themselves in the open without shame or fear. In 1969, the Stonewall Riots fought for the right to gather, to have a community, to feel safe and seen. Similarly, the push for inclusion and representation of LGBTQ+ identities in the mainstream media is a continuation of this fight to be seen and accepted.

Albania and Jose continued their conversation by discussing how the mainstream media has evolved over recent years to be more accepting and inclusive of all identities and sexualities.

Albania: How is the media reflecting the LGBTQ+ visibility issue and how inclusive are the outlets being with trans and lesbian women when approaching the subject of empowering women?

Jose: Well, honestly that has been a slower process. And I wouldn’t be honest if I said that all the media outlets are embracing the diversity in terms of sexual preferences and lifestyle.  Fortunately, most of them, many them–again in our case Conde Nast, Vogue, GQ–we have reached the point where, again, what matters is what a person is able to give society and what a person has to inspire society. It doesn’t matter if they are a member of the LGBTIAQ+ community or not, for us everything is mainstream. For us what should be important is what these people are showing society and what these people are giving to society….Now it’s more important than ever for the media outlets to reflect them all…and show what they can give and set as an example to succeed in society.

Jose goes on to discuss how in the past, media outlets were often focused on being one thing, such as a fashion magazine or lifestyle magazine, but now these outlets are simply “platforms” to show society all that is possible and positive for society. Platforms now are celebrating the differences and bringing diverse stories to greater audiences, from body positivity and racial and ethic inclusion to LGBTQ+ visibility. Diversity and inclusion in these platforms helps show others that their stories are important and valuable and that success can be possible for them too.