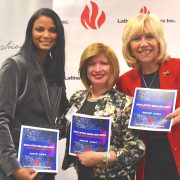 Lourdes Cortez has worked in non-profit banking for her entire career and has served as the President and CEO of North Jersey Federal Credit Union for over fifteen years. In that time she has impacted the financial lives of countless people. She is passionate about her work and first and foremost helping others. 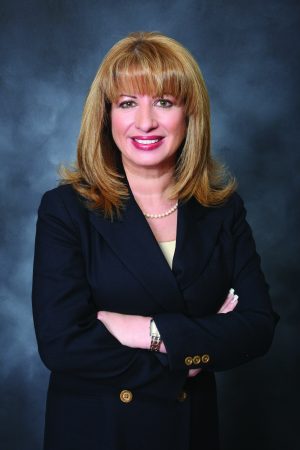 Beginning as a bank teller over thirty years ago, Lourdes has worked her way up the corporate ladder to where she is today. After high school, she began working full-time at North Jersey Federal while also attending college at night. In 1984, she became a Financial Services Representative and was later promoted to various other positions with increasing responsibilities from Mortgage Officer to Loan Department Supervisor and Loan Collections Manager.

Since her early days, Lourdes has learned the business of non-profit banking from the inside out, having worked in or managed every department at one point or another.

In 2004, Lourdes’ hard-work earned her a promotion to Vice President of Operations and by 2005 she was named President and CEO of the company. Over the course of her tenure she has used her leadership and business skills to spearhead growth for the company from $168 million to $220 million in assets.

These responsibilities put her in new leadership positions, but leadership was nothing new for Lourdes.

Being the elder sister in her family, she had responsibility thrust upon her at a young age.

“I have always prided myself on being responsible,” Lourdes says. “I remember my father giving me a step stool to stand on so I could reach the pots on the stove to cook for the family.”

With both her parents working long hours to support the family, Lourdes took on the role of “den Mother” for her sisters and brother. “My siblings might have called me bossy, but it did train me well for my career of managing people,” says Lourdes.

At the same time, she also participated in her local Girl Scouts troop, which had a great impact on her. With the troop she gained crucial skills in leadership and service which have followed her throughout her life and into her career. 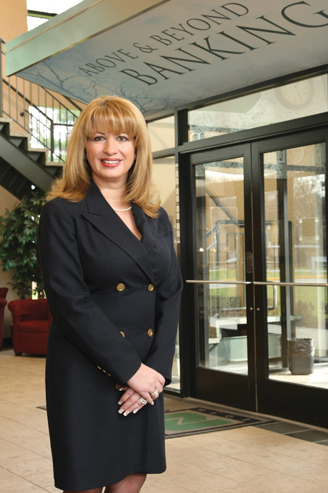 Lourdes success however was not without some struggle.

“I can tell you that it wasn’t always a plus to be a female in business in the old days,” she says. “I was always knocking on the door of the boys club. I didn’t give up knocking until they let me in.”

The challenges of being a woman in a male-dominated field pushed Lourdes to persevere and never give up on herself. She built up her self-confidence and fostered a strong belief in herself, her capabilities, and what she deserved. This perseverance is what helped her break through the glass ceiling and reach greater heights in her career.

“I learned not to show fear and to believe that when I walked into a room where I was the only female executive in that room, that I belonged to be there,” says Lourdes. “That I deserved to be there.”

In addition to her strong will, being a Latina gave her an unexpected edge in business. Speaking Spanish and having and understanding of Latino culture helped her credit union be the first in New Jersey to focus on the Hispanic market. By offering specialized services such as the first bilingual website and having Spanish speakers at their branches, Lourdes’ was able to use her abilities to reach more people that otherwise would not have received aid.

Lourdes has spent the majority of her career working in non-profit banking. During this time she has had the opportunity to help many people with their financial needs, from first time home-buyers to struggling families. This is what matters to her, the people not the money.

“Anyone working in non-profit will confirm that you don’t do it for the money,” says Lourdes. “I did it for the difference the credit union makes in people’s lives on a daily basis.” 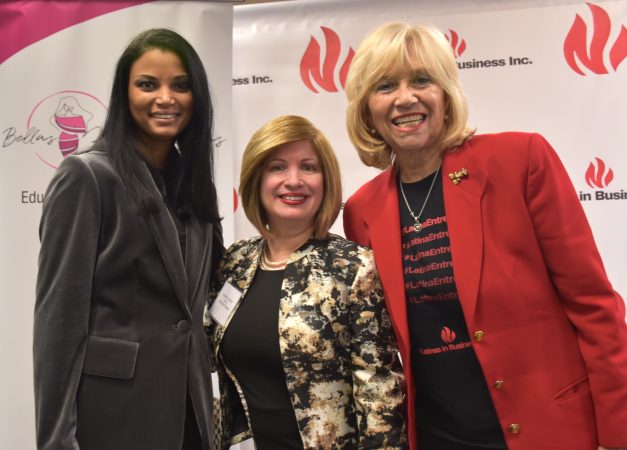 Thinking back to her past clients, Lourdes recalls recently receiving a thank-you note from a young couple she helped. The couple were first time home-buyers who Lourdes met at a first time home-buyer seminar. With the help of Lourdes and the credit union, the couple then worked to improve their credit score. Now they have closed on their first home. 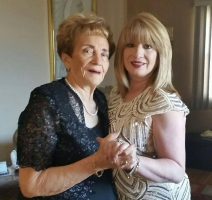 Lourdes Cortes with her mother

Another client’s story comes to mind when thinking of the impact her credit union has had. She recalls a family struggling to purchase a van with a wheelchair lift for their child who had been paralyzed from the neck down in a drive-by shooting. The family had bad credit so no one would lend them the money needed for the van. Without the specialized van, the child would not be able to get around or even go to school. North Jersey Federal loaned the family the money when no one else would.

“These are my moments of satisfaction and proof that I have spent my career in the right place,” Lourdes says. “My mother taught me that it’s not what you get in life that makes you a success, it’s what you give.”

Lourdes believes in giving first. The rest will follow. To others who are struggling or searching for success in their careers, she urges you to keep the faith in yourself. Success starts in believing you can achieve it.

“Never give up,” says Lourdes, “agree with your inner voice that you deserve a place at the table, and pay it forward.”