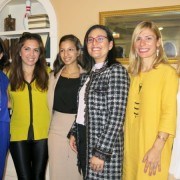 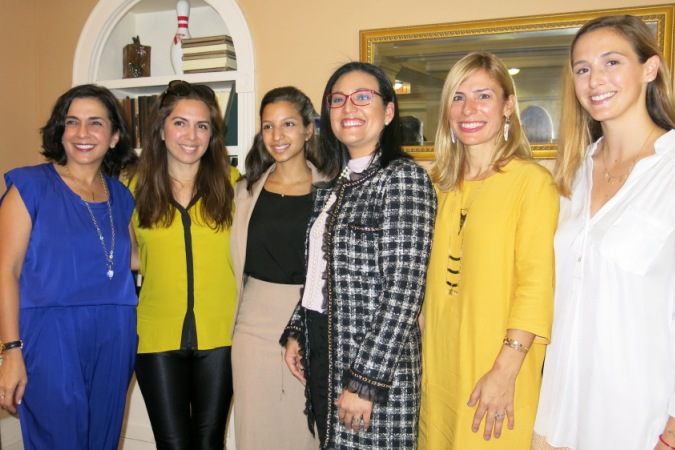 Members of the AccessLatina accelerator

The organization parallels the passion, authenticity and cultural roots that Latinas proudly share. The accelerator was launched by two female entrepreneurs: Lucienne Gigante and Marta Michelle Colón. It is open to Latinas who own businesses headquartered in New York, Washington, DC, Florida, and Puerto Rico, focused on STEAM, social innovation, or the agricultural industry (including ag-farm and ag-tech), and have been doing business for at least three years.

According to the American Express State of Women-Owned Businesses 2014 report, women in the continental U.S. are opening an average of 1,200 businesses a day, double the rate from three years ago. Women-owned businesses generate more than $1.4 trillion in revenue and employ more than 7.9 million people.

Latinas in particular are paving the way by opening businesses six to one above other market segments, proving to play an instrumental role in unleashing the potential of the American economy. Over the past decade there has been a nearly 200 percent increase in Latina-owned businesses.

AccessLatina aims to provide capital injection and resource investment to women-owned businesses with high-growth potential through a yearly competition for which applications are being accepted starting immediately at www.accesslatina.org.

AccessLatina will provide capital and resources to Latina entrepreneurs, including a $25,000 grant and a crowd-funding round, advanced education, publicity, mentoring and access to a high-profile network of professionals, other entrepreneurs and investors.

The accelerator comprises three modules taught by top professors and experts on topics including management, sales, marketing, investors, business plans, and mentoring sessions. Ten finalists will be chosen by more than 40 judges participating in the process.

“Investing in women’s economic development is a significant economic driver for any country,” said Lucienne Gigante.

AccessLatina is supported by McDonough Graduate School of Business of Georgetown University, Kiva Zip, Athena Center for Leadership Studies at Barnard College, Golden Seeds, Guayacán, the Manhattan Chamber of Commerce, Oriental Bank, and Stanford Latino Entrepreneurship Initiative, among others, and consists of a group of dedicated social and business entrepreneurs.

Accelerator’s deadline to submit applications is

The 10 finalists will be announced on

The five winners will be announced on: