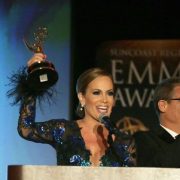 Natalia Denegri continues to impact the Hispanic television industry. After having garnered a total of 17 Emmy Awards in her career, the Argentine journalist, host, producer and businesswoman once again surprised the jury of the Academy of Television Arts and Sciences, receiving 11 Suncoast Emmy Award nominations. Her nominated projects range from documentary productions on various social issues to her successful journalistic-children’s program “Corazones Guerreros, Todo Niños”, which is now in its 11th season on the air nationally in the United States and internationally in eight Latin American countries.

The children’s program, “Corazones Guerreros” (“Warrior Hearts”), is aimed at Hispanic families and children in the United States. The show interviews personalities from Latin America, foundations that help children, specialists and people who are an example for children and families of the growing Latin community in the United States.

The  “Corazones Guerreros” special “Dogs Can’t Read” campaign, in which they teach in a fun and interactive way about why dog ​​poop cleaning signs don’t seem to be working, was nominated in the category “Public Service Announcements.” The children’s program also received another nomination for the special “Todo Niños: Los Valores” in the category “Best Program for Children / Youth.”

“It makes me so happy to see that season after season, Corazones Guerreros continues to attract the attention of the public and the Emmys jury for its positive content for Hispanic families,” said Denegri before meeting with her team to celebrate the nominations. 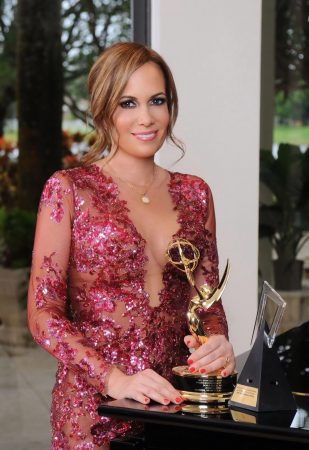 The documentary “And The Emmys Goes To” was nominated in the categories “Best Director” and “Photography” and tells the inspiring stories of immigrant men and women whose sacrifice, dedication and excellence in what they do have elevated Latinos in the United States. The documentary shows viewers that, like them, dreaming big is not only possible, but is available to all who try hard enough to achieve it. This documentary is one of the most special for Denegri and many of her fellow producers since their stories are part of it.

“When we came to the United States, having an Emmy was a dream that we saw far away. The Emmys represent the best of television and although it was almost unattainable, likewise, we all worked very hard thinking that one day our work would attract the attention of a jury and we would have a chance. And here we are today, in my case almost 13 years later, having garnered 17 awards and dozens of nominations for my work… and the same happened to my talented friends and colleagues! It is a dream come true that we wanted to express not only in the form of gratitude but also to inspire other Latinos who, like us, have come to this country with the same dream and the same desire,” said Denegri.

If she wins in the nominated categories, Denegri will become the only Argentinian and one of the few Latina women to have received more than twenty Emmy awards, which highlight the best of television in the United States.