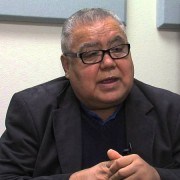 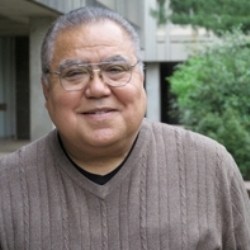 It is with great sadness that we are announcing the passing of Robert Montemayor, one of our Editorial Board “Padrinos” and a stellar figure in media and the academic field. Robert died in Lubbock, TX, last Thursday October 22 in the company of his family.

Robert was hired by the Department of Journalism and Media Studies at SCILS, Rutgers University in 2009 to teach introductory news writing and reporting. A veteran marketing executive, consultant, journalist, Robert brought more than 35 years of media experience to the NJ State University.

I met Robert through the Latino Information Network at Rutgers (LINAR), where I was hired as a freelance writer for a short period before the project lost its funding. Although we met for a few months, we had a congenial relationship in which we found common ground in political views, the love for our Latino community, and the passion for journalism. He was impressed with a piece I wrote about domestic violence and gained his favorable opinion –not an easy acknowledgment from Robert who was, I hear, pretty demanding on the job.

Born and raised in Texas, he graduated from University of California Los Angeles (UCLA) with a master’s in business administration, Montemayor worked in virtually all aspects of the business side of media, including advertising, marketing, distribution, and operations. He served as director of circulation marketing at The Wall Street Journal and Barron’s, as well as Senior Vice President of Consumer Marketing at McGraw-Hill.

Montemayor began his journalism career in 1975 at The Dallas Times Herald. He earned a George Polk Award in 1978 for his contribution on civil rights cases. In 1984, he was part of a team at the Los Angeles Times that won the Pulitzer Prize for Meritorious Public Service. Montemayor penned three stories and co-authored the lead story in the 21-part series, which documented the complex story of Latinos in Southern California.

He was delighted to hear about the LatinasinBusiness.us project and he agreed to bring his latitude to the Editorial Board. He considered himself as much a businessman as a journalist, and he believed marketers as well as journalists are compelled to always put together a good story.

He told me at the time, “I don’t know how much I can help but at least I can bring some ‘clout’ to the project,” referring to this Pulitzer award.

Robert, wherever you are, you will be missed…