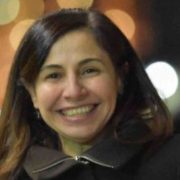 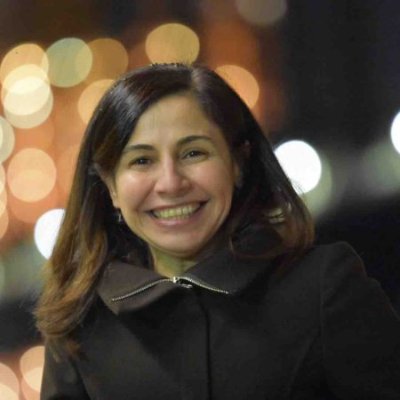 She has a BS in Biochemistry and Post-graduate studies: Industrial Organizational Psychology and Master in Business Administration.

She lived in expatriation in three countries and is fluent in English, Spanish, and is proficient in Portuguese and Italian. Accordingly, Erika has professional experience as an intercultural trainer and public speaker working with people with multiples cultural background (European, Latin American, Caribbean’s and India. An expert in multicultural markets, Erika states that in the USA, “advertisement agencies must understand that African-Americans and Hispanic consumers are increasingly reconnecting to their respective roots, which holds implications for savvy marketers who want to maintain their brand message in front of these consumers.”

However, the ability to reach African-Americans and Hispanic consumers in a way that truly strikes a chord and connects with their deep-seated cultural values and beliefs is critical, she says. Brands must show that they understand the ethnic consumer by crafting culturally appropriate and targeted messaging that speaks directly to them. Believe it or not, their roots and heritage are more important to me today than they were just five years ago.

According to a study conducted by the firm Yankelovich, located in Chapel Hill, N.C., Erika states that,

“In conclusion, understanding the sources of influencers, the communication preferences and the media perceptions of the ethnic consumer is crucial to successful behavior change,” she says.

Working in healthcare in many capacities, she has developed multichannel integrated campaigns, promotions and communications for both emerging and established markets across multiple therapeutic areas, including infection diseases franchise (hepatitis, HIV and antibiotics, oncology and transplant among others. In particular she has enjoyed success in medical marketing, patient education and multicultural branding. Her commitment to Healthcare Marketing communications management has consistently yielded innovative programs developed on behalf of several brands of leading pharmaceutical companies like: Schering Plough, Roche, Pfizer, Bayer, Merck, Novartis, Astella and AstraZeneca.

Currently, she is continuing her education in Easter Medicine Supportive Therapies, with the direction of Dr Yang Yang, who works with patients from multiples healthcare institutions including the Memorial Sloan-Kettering Cancerin New York. Her goal is to become a Cancer Support Specialists to continue developing deceases awareness and educational programs. 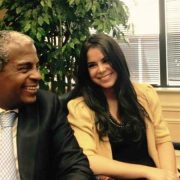 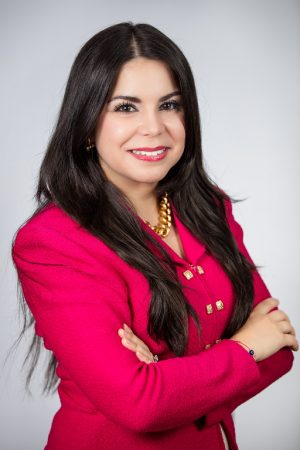 Welcome to our new “Madrina” Angelique Sina, the latest member of our Editorial Advisory Board. We are extremely honored to have such a powerhouse helping out in our quest for the economic empowerment of the Latina working woman!

A finance professional at the International Finance Corporation and a member of the World Bank Group, Angelique Sina was recently appointed by the Mayor of Washington, DC to serve as a Commissioner for the Latino Community.

Angelique began her career in Washington DC participating in the prestigious Cordova and Fernos Congressional Internship program (2010). She then worked at the United States Congress in the offices of Congresswoman Ileana Ros-Lehtinen, Congressman Pedro R. Pierluisi, and Governor Luis G. Fortuño. She brings impeccable credentials as a Latina in the Financial and Business policy arena.

As a passionate advocate for women and their success in business, Angelique launched “Amigas,” an influential network composed of a global society of prosperous women that are Friends of Puerto Rico.

“Amigas” connect and empower women in the Washington DC region to be the leaders that will help build the future of Puerto Rico. Amigas is a program under the broader umbrella of Friends of Puerto Rico, a nonprofit organization that Angelique co-founded and leads as the Executive Director from 2015 to present. They have organized events that have raised over $85,000 to date to support and preserve the arts, culture and education in Puerto Rico.

This year, Angelique was accepted in Hispanics in Philanthropy 2017 NGEN Fellow. She was featured in AISEC Líderes Boricuas, 2015 and was also a Nominee in SmartCEO 2017 and Forbes 30 under 30 2017.

In 2016, she was selected in Mujeres de HACE Leadership Program, a Hispanic Leadership program for Latinas at the executive level (graduated in 2016).

Angelique volunteers regularly in multiple national professional organizations, bringing to them her energy and contagious enthusiasm to generate results. She has served on nine Boards of Directors in a variety of roles:

A graduate from the University of Puerto Rico in Aguadilla, where she was the Class Valedictorian, Angelique later received a master’s degree from the Johns Hopkins University.

A millennial philanthropist and a strong supporter of the arts, education and conservation, especially related to the prosperity of Puerto Rico, she shares her expertise as a contributor at the Huffington Post. This native of Aguadilla, Puerto Rico, confesses to be an avid golf player in her spare time. 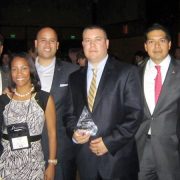 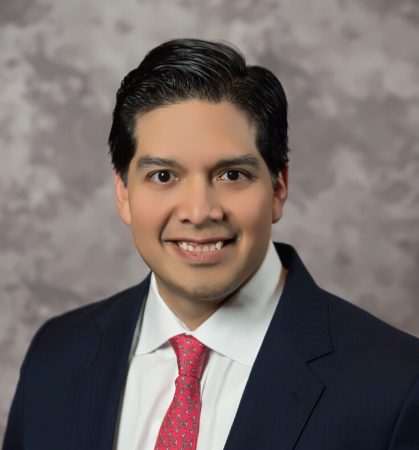 William Robalino, Padrino and member of LatinasinBusiness.us Editorial Advisory Board

We welcome William Robalino, our newest “Padrino” and member of our LatinasinBusiness.us Editorial Advisory Board!

I’ve known Will for quite some time through common activities and organizations. He is a dedicated professional to his industry and his Latino community -although, as he tells us in the video below, it was not always his priority.

With a resonant background in Finances, Will has also volunteered in national professional organizations, bringing to them his extraordinary networking abilities and enthusiasm to generate results.

As the Vice President of Prudential’s Annuity Finance Division, a firm he joined in April 2015, William Robalino partnered with management to prepare and communicate results to senior management, supported the review and oversight of Prudential’s captive reinsurer, assisted in the development of the Resolution Plan and other Fed Supervision requests as well as supported other business initiatives including Capital Management and Planning & Analysis. William also served on Prudential’s Hispanic Heritage Network as an Executive Advisor.

William led ALPFA NY chapter as their President from 2011 to 2015.  During his time on the executive board, the chapter grew from 1,200 members to over 3,300 members, tripled the number of corporate partners and professional development programs. 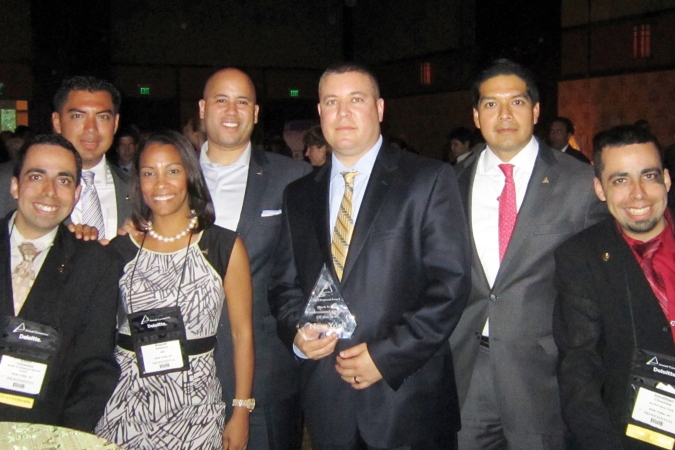 William is also a member of the MBA CFO Stern NYU recruiting team, the National Association of Black Accountants (NABA) and sat on their Corporate Advisory Board.  An active member of Sponsors for Education Opportunity (SEO), he frequently mentors Career Program students during the summer.

William Robalino earned his B.S. in Public Accounting from Pace University in 1993. After graduating from Pace, he started his career at JPMorgan in their Accounting Management Training Program. He remained at JPMorgan until 1996 at which point he joined Lehman Brothers in their Credit Derivatives Product Control Function. A year later, William was given the opportunity to move to Tokyo, Japan; leading the Liquid Market Product Control Functions: Interest Rate Swaps & Options, Japanese Governments & Financing, Foreign Exchange and Futures.

William returned to the United States in 2000. He continued to work at Lehman Brothers and furthered his education by receiving his M.B.A. from New York University’s Stern Business School in 2006, with a concentration in Finance and Management. After 11 years at Lehman Brothers, William joined UBS in 2007 where he supported the Rates and Commodities businesses as their CFO in the Americas, earning his six sigma green belt while leading numerous efficiency projects. In 2013, William was presented with a great opportunity to oversee and help expand the Global Market’s division at BNY as their CFO.

We are excited to have Will as a member of our team and we look forward to great initiatives together! Thanks for giving your time, enthusiam and your expertise to our Latina entrepreneurs, corporate and independent professionals!