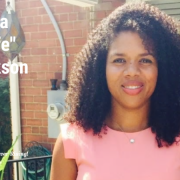 Having lived in a violent environment in her native Colombia, Maria Fernanda Mafe Jackson knows firsthand that poverty and displacement only generate despair among low-income communities. 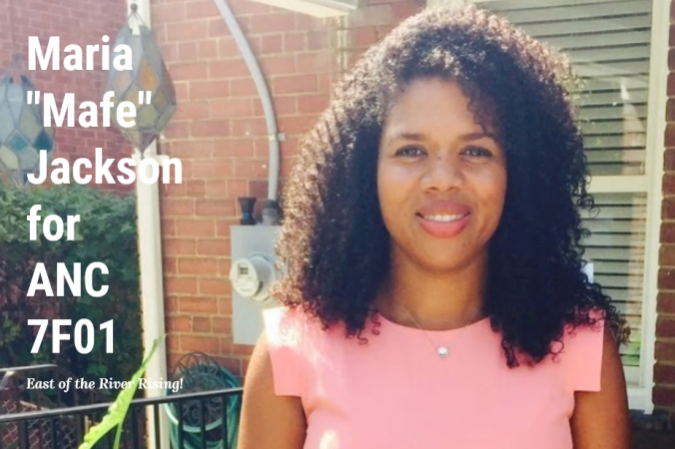 “Ward 7,” she said to LatinasinBusiness.us, “has many economically challenged neighborhoods in which the unemployment rate, share of residents with less than a high school diploma and percentage of households headed by a single mother exceed the citywide average by at least 20 percent. My neighborhood needs leaders with the ability and passion to stand up and do something about my community to create a positive change for their lives,” she affirmed.

And she certainly fits this leadership profile. According to her endorsement from Greater Greater Washington Organization, “Maria’s answers to our questionnaire showed an in depth understanding of the issues and revealed a standout intellect. Many readers agreed that Maria would make an excellent commissioner, writing in our survey that she seemed ‘energetic, positive, responsible, and qualified,’” members of the organization said.

Mafe Jackson’s aspirations and grit come from her own story, a story of struggle and triumph over difficult circumstances that forced her to find a new home far from her beloved Colombia. 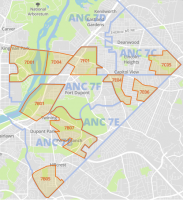 “I moved to the US 10 years ago due to violence and political displacement in my birth town. I was granted political asylum into this country and since then, I have work diligently to make a positive impact in my new home,” she told LatinasinBusiness.us.

Mafe holds an undergraduate degree in Agro-Industrial Engineering from the National University of Colombia (Universidad Nacional de Colombia). Since she moved to Washington DC, she has worked in many non-profit organizations focusing on public service and empowering families and children to improve their lives.

“I am currently working at DC Public Schools executing outreach and education initiatives for the medical community in order to identify and locate children in need of special education. I have decided to run for Advisory Neighborhood Commissioner 7F01 in Ward 7 for the upcoming election on November 8,” she shared.

And Mafe continued, “I moved to this country unexpectedly leaving my family and friends behind. I had to quickly adapt and learn new things to be able to survive in the beginning years in the US. I faced most of the challenges than any immigrant person faces when coming to a new country such as sadness for not be able to return to your own country, a language barrier, change of career or profession, housing, cultural barriers, and lack of job security,” she recalls.

As a very persistent person, Mafe Jackson taught herself English by watching the news, reading comics at the free metro newspaper and some children’s books. Once her asylum was approved, she had access to better jobs and medical insurance. “I encountered great organizations that helped me to overcome many of these barriers. My immigration attorney at the Catholic Charities- Legal Clinic was supportive and diligent in my case,” she gratefully said.

She decided to explore working in the community as a way to force herself to talk to others and improve her English skills. She started working at the Latin American Youth Center (LAYC) in 2006. Working with Youth gave her a lot of energy and excitement to see their lives change for the best. Since that experience, she have enjoyed working for her community in different capacities.

“I have explored working with different ages, socioeconomic and diverse cultures, learned new languages, and became motivated to advocate bettering my own neighborhood. I have no fears when advocating for others because someone did it for me and I am very thankful for it now,” she affirmed. 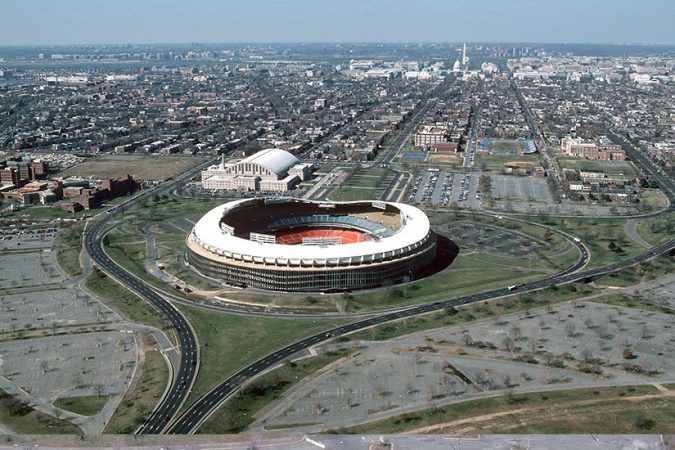 Some of Mafe Jackson projects for DC

After she left LAYC, she began working at Mary’s Center to become a Family Support worker, building awareness and engagement among Latino families and other cultures living in the community.

“While at Mary’s Center, I noticed the extreme housing situations or, in some cases, lack of housing for some of my clients. I was able to refer clients to a program called DC Doors that helps clients change their lives from being homeless to homeowners. I eventually was hired at DC Doors as a Client Services Coordinator. While the work was challenging, seeing someone going through such tough circumstances get keys to their first home was extremely rewarding,” she proudly said.

Maria Fernanda herself became a homeowner three years ago and her daughter attends DC Public Schools. “I’m raising my daughter to be a leader and to listen to others in order to empower them. I am leading her by example to show her that we are a proud generation of Afro-Latina-Americans working hard to make this country a better place to live,” Mafe said.

Strengths of a community oriented professional and advocate Latina

“I consider myself a very persistent person, highly organized and have little fear to failure. I believe that excellent work leads to excellent results. I rather explore new things than following dreams. When we explore new things, we have the opportunity to open new doors and possibilities but if we just follow dreams then we may be stuck in what we thought was going to fulfill our life. For instance, if your dream is to become a professional farmer instead of enrolling in a higher education program, plant some seeds and explore if you like to do that, ask questions to yourself, test your dream. We all can have setbacks in life at any time but only when we are able to overcome those challenges and obstacles we can promote growth within us in order to redefine our future,” she stated.

Mafe’s capacity to listen to others and take any constructive feedback is an opportunity to improve any project she is working on it or to bring positive changes to herself, her relationships or the environment that surrounds her.

“Developing your people skills will open doors for you. There are no better ways to bring positivity in your business relationships than an honest smile. And don’t forget to smile!” she concluded. 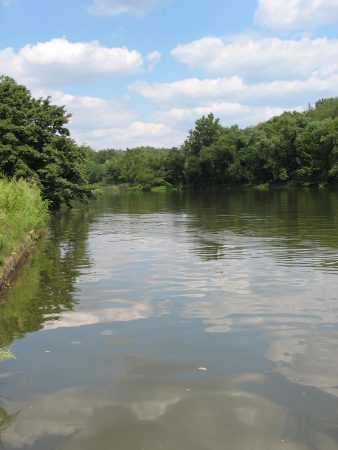 “DC’s Ward 7 covers the northern half of neighborhoods east of the Anacostia River, plus a few adjacent sections on its western shore. This election, Ward 7 has one of the highest numbers of contested seats for Advisory Neighborhood Commissioners in all of DC, a testament to these engaged citizens grappling with the changes in our city. Here are our recommendations for nine of these competitive races.

“Sandwiched in between all of these other ANCs lies 7F. A portion stretches across the river to the RFK site, while the majority of the ANC surrounds the intersections of Minnesota Avenue and East Capitol Street, and is bordered by Benning Road on the north.

“7F01 is a hotly contested race between four candidates, all of which completed our questionnaire. Of the four, Maria (Mafe) Jackson is as our top choice. Maria’s answers to our questionnaire showed an in depth understanding of the issues and revealed a standout intellect.

“Her analysis of the current proposals at RFK was thorough, and included a proposal to look at adding an Oklahoma Avenue Metro station, as well as dramatic improvements to pedestrian and bike infrastructure across the Whitney Young Houston Bridge. She also is an advocate of extending the streetcar even farther towards Southern Avenue to improve transit options for that part of the city.

“She gave detailed plans for improving access across the ANC. Residents who live east of the Anacostia, who she says, “are locked in their community because of the poorly-designed existing bridges. The current design of the roads fails to provide safe access to the rest of the city for residents, families, and seniors. Beautiful parks surround this area, but they are not easily or safely accessible to residents by walk or bike.”

“Maria was also solid on housing. She proposed building more housing at a nearby shopping center and vacant lots, and was strongly for home ownership support programs and education. “Advocating for these opportunities for our residents is what revitalization of my neighborhood looks like to me,” she said.

“Many readers agreed that Maria would make an excellent commissioner, writing in our survey that she seemed “energetic, positive, responsible, and qualified”.

To contact Mafe Jackson, please leave your information below: