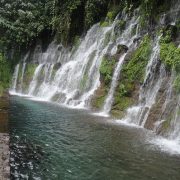 Visiting some Latin American destinations this time of year is ideal to get out of the cold and enjoy some beautiful landscapes in Central America without the usual crowds. 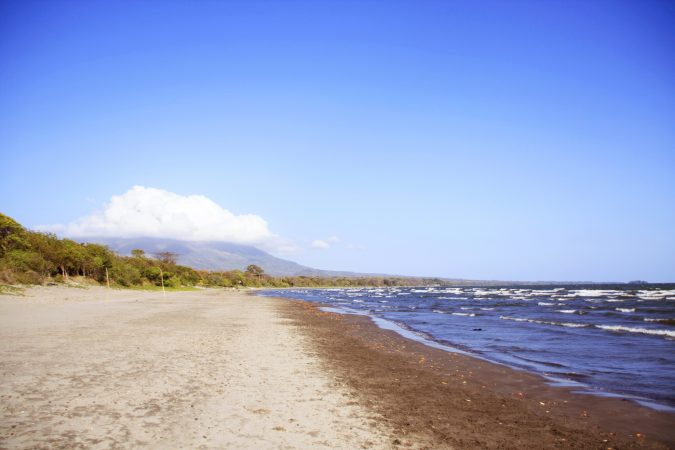 Playa Santo Domingo in the morning By JacobKlinger – Own work, Wikimedia Commons

The Polar vortex made a persistent visit this year, blasting the Northeast with four consecutive storms and lowest temperatures for weeks. According to Weather.com, winter storm warnings, where snowfall is expected to be heaviest, extend from eastern Massachusetts to the Smoky Mountains of Tennessee and North Carolina. They are also in effect in parts of the Ohio Valley, including the cities of Cincinnati and Louisville extending from the Ohio Valley to parts of Indiana, Kentucky and Tennessee to Maine.

If you travel for work to Latin American destinations, then you are in luck. Take a few days if you can and head down to warmer landscapes in wonderful Central America without the annoying usual crowds. 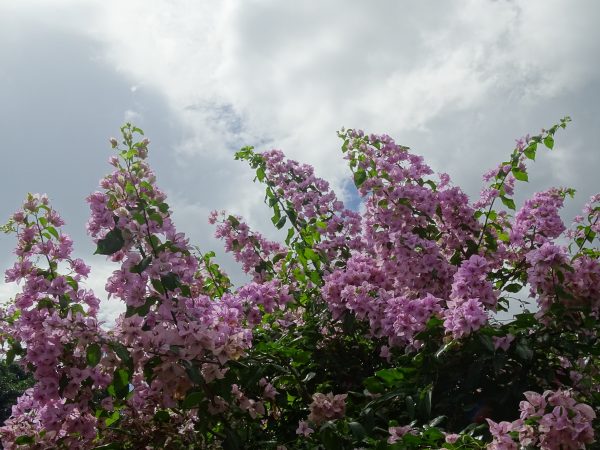 Unlike other most commonly visited touristic areas such as Mexico or Puerto Rico, certain places in Central America have only become popular in recent years. Political unrest as well as poverty and lack of infrastructure were barely tempting to the regular tourist looking for an easy stay at an international hotel or an all-inclusive resort.

However, with improved economies and more stable governments, travelers can now dare to choose adventure over comfort and wild life and nature over crowded hotels and shopping malls.  Those vacationers eager to explore might prefer to get off the beaten path and discover the richness of “a few pearls” that Central American countries have to offer. Vamos!

Just 70 miles west from San Jose airport in Costa Rica, travelers find the soothing lush of the Arenal Volcano National Park ecosystem. The majestic Arenal Volcano sets the tone for the landscape but it is not the only one in the vicinity. The Cerro Chato volcano, containing a lagoon in its crater, is believed to be inactive –and has been for over 3000 years.

Sitting at volcano’s base, the Arenal Lake is the largest in the country covering approximately 33 square miles. The manmade body of water was first built and later enlarged to give home to the Arenal dam, which provides almost 17 percent of the country’s electric energy. 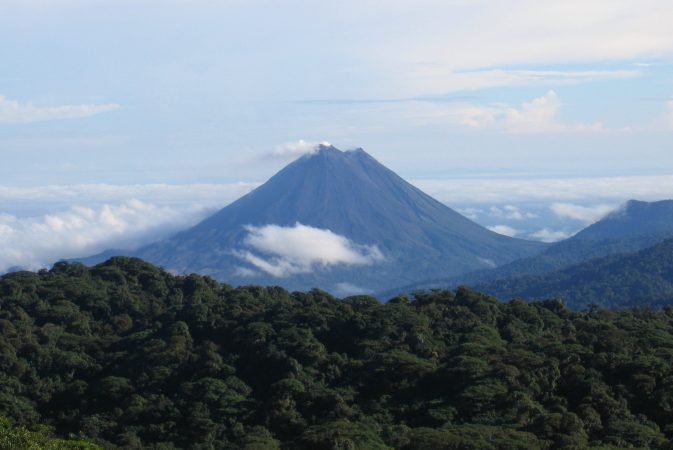 Another 66 miles south from the lake, the village of Monteverde sits on the Cordillera de Tilarán.  The small town established by Quakers in the 1950s –who were looking for a place to freely exercise their anti-militaristic religious beliefs–, gives name to the adjacent Reserva Biológica Bosque Nuboso Monteverde (Monteverde Cloud Forest Reserve).

The reserve protects 26000 acres of tropical rainforest, home to over 2500 vegetal species, hundreds of mammals and birds, and a large biodiversity of insects, reptiles and amphibians. The rare and mythological quetzal can be seen in the area seasonally. A true paradise for those who love nature and wild life!

Take a couple of days for Ometepe, Nicaragua

Lake Nicaragua, also called Cocibolca, Dulce, or Granada, is the largest body of water in Nicaragua and one of the largest in Latin America. It is home to an interesting volcanic formation, the island of Ometepe which holds two twin volcanoes, Concepcion and Maderas, emerging from its grounds connected by a narrow isthmus. It gives the island its spectacular presence in the middle of the lake.

The island can be reached by ferry from the bordering town of San Jorge on an hourly basis but first you need to get to Rivas, a city and main hub and bus station to get around in South Western Nicaragua (62 miles south from Managua).

Early inhabitants of the island are believed to have settled 25000 years ago. Along the times, it has been home to Náhuatl y Olmeca tribes, who were later on invaded by Chorotegas and Nicaraguas. All these civilizations left a large amount of archeological ruins, petroglyphs, objects and stone sculptures that can be found around the island and in archeological museums and sites, a real treat for those who like to dig the past.

If you are done with business, stay for an extra weekend to visit the colonial wotn of Suchitoto. A long trip through small lingering roads takes travelers from San Salvador, capital of El Salvador, to the colonial town of Suchitoto. A small but charming enclave nestled in the mountains, it glances the imposing artificial Suchitlán Lake with the Cerrón Grande Dam.

Outside town, the nature preserve contains miles of deep forests and refreshing waterfalls, where abandoned guerrilla camps can be found. Suchitoto celebrates an International Arts Festival during the month of February each year so be aware of the dates!

You might be interested: What you need to know if traveling for work to Zika virus areas 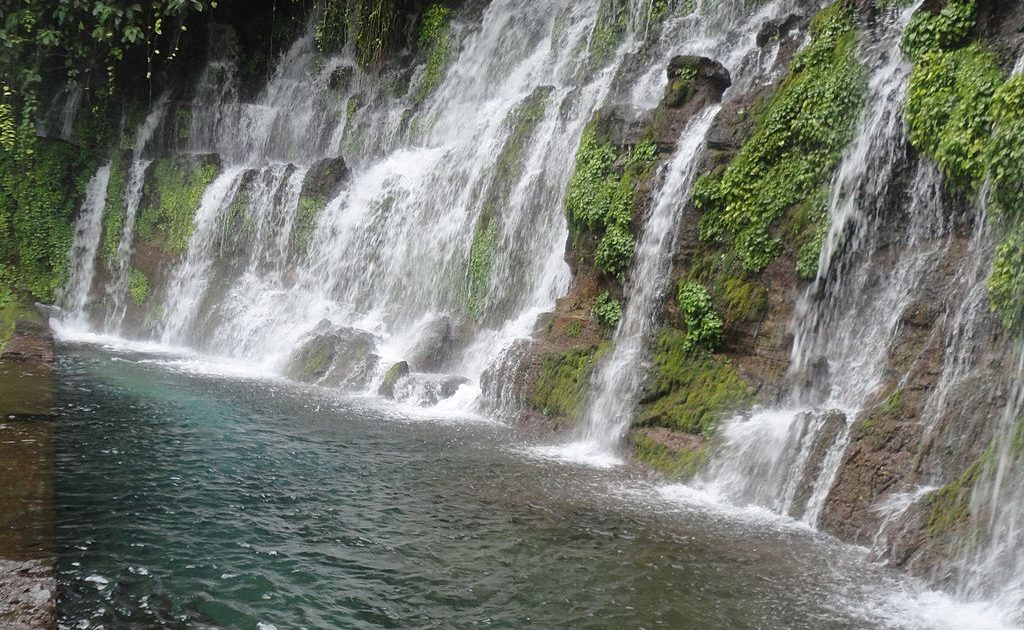 Two short hours from the town, and starting in Sonsonate, travelers can find the Ruta de las Flores (Flowers Road), name given by the tropical and colorful beds of flowers growing alongside the way.

But the road touches several amiable colonial towns where Salvadoran artisans and local markets offer a colorful stop for curious tourists looking for fresh groceries and native artifacts, while breathtaking waterfalls and natural pools can provide a refreshing rest to the long day. 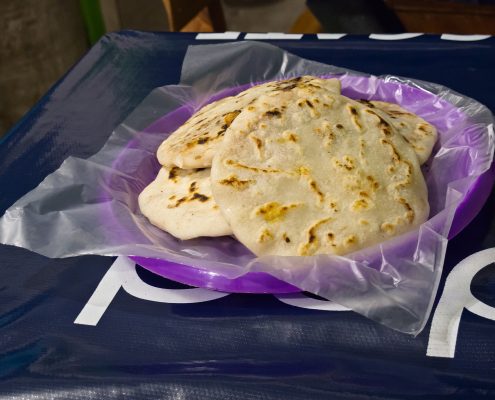 Serving of pupusas By Ll1324 – Own work, Wikimedia Commons

Towns such as Juayua, Apaneca, Ataco and Ahuachapan, which are located few minutes from each other, offer from vibrantly painted houses to marimba music but be aware that it only happens on weekends. The outskirts are also great hiking opportunities for those who love to explore volcanic formations and the coffee plantations nearby.

And do not forget to visit a pupusería, those little homemade pupusa factories, one of the many delights offered in these Latin American destinations.