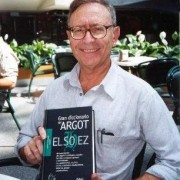 I find it hard to believe that during my lifetime the world population has more than doubled. Over seven billion human beings now populate the earth and are fast growing. Luckily there is plenty of room for more newcomers before we hit the ceiling, whatever that ceiling may be. The highest estimate is 16 billion by the year 2100. However there are prophets of doom who reckon the figure will go down to 6 billion. Go figure.

Out of the current 7 billion, half are females, perhaps a bit over 51 percent. At ages 85 or over there are more than twice as many women as men, but those are statistics and such studies have little bearing on society at large. According to the U.S. Census Bureau, in 1913 the number of females was 161 million, while the number of males was 156 million. These are only bare facts, statistics, and have no pertinence on the climate upheaval we are suffering.

The world has been undergoing changes since time began and man has created societies, cultures, religions and rituals to suit given historical moments. Evolution did not stop with humans but affected everything humans created. Drastic shifts of late have righted erroneous ways of thinking on the part of man. The changes, the novel ways of seeing things, have attempted to fit in the new world. Not all societies keep the same pace with these changes, much to their harm.

Women have always been in business, ever since our cave-dwelling ancestors decided that females, being physically weaker, should take care of the business of homemaking and child rearing. I am chagrined to say that they keep business as usual, mainly because they are better qualified. As I am a man you might think that this is a male’s excuse to keep women under our thumb. Not so. Read on.

Up to the XX century the workforce or labor force of a country was made up of males, probably at a ratio of 80-20. In many countries today this ratio is even more disproportionate, probably 90-10. The core of the problem at present is that we no longer need a workforce but a think-force. The brain force many countries are wasting by not tapping women brain power is detrimental to their future. Today we need people who think, who have ideas, who can innovate, who are able to make changes and make a difference. And our society can ill afford to do without half its population by using values of yore applied to the needs of today.

I have said above that women have always been in business. Isabel la Católica comes to mind as a paradigm (“certainly one of the most interesting personages in history…” William H. Prescott). She went into business with a certain Christopher Columbus, pawned and risked her jewels, and signed a contract (Capitulaciones de Santa Fe) with a foreigner who had a dream that had been rejected by many. Isabella’s husband, King Fernando of Aragon, was not interested. Her business deal with the Genovese paid off. She had foresight, entrepreneurship, business savvy, and took a risk. The history of the world changed the day she decided to sign that contract. And for better or for worse here we are, thanks to her.

Our present technological society cannot do without the brain power of women; over half the population, they can supply to the pool of ideas, of new ideas they can advance and implement. Latinas in business will be up to the challenge Isabel la Católica set for them as an example, a while ago, in 1492. And as Cervantes put it: in the nests of yesteryear, there are no birds this year… so go for it, all the way.

A Spaniard by birth and American by choice, Delfin Carbonell Basset, PhD, is a linguist and lexicographer graduated from Duquesne University in Pittsburgh, PA and later joined the faculty of Franklin & Marshall College in Pennsylvania. He has written numerous books, compiled dictionaries on his own, with no teams of experts, and is the creator of the Unialphabet system for bilingual dictionaries. For over twenty years, Carbonell Basset was the Director of the Marshall Institute of Languages in Madrid, Spain.