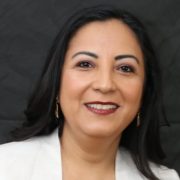 Hilda Mera is the co-founder and CEO of S&A Auto Repair. As an Ecuadorian immigrant and woman in the auto industry, Hilda has learned to navigate the many challenges of entrepreneurship and being a woman in a male dominated industry.

She has been recognized by Marquis Who’s Who Top Executives for dedication, achievements, and leadership in management and business operations and in 2016 she was notably honored as VIP Woman of the Year by the National Association of Professional Women. Most recently in July 2021, Hilda was awarded as one of The Top 100 Leaders in Transportation and Automotive by the International Transportation and Automotive Summit.

Navigating obstacles as a woman in the auto industry

Founded in April of 2013 by Hilda and her husband, Jose Masache, S&A Auto Repair is a family-owned business located in Newark, New Jersey providing honest and professional auto service in the areas of mechanical, electrical, and diagnosis.

Their journey as entrepreneurs began after Jose grew tired of working as a mechanic for someone else. The couple began searching for a place where they could start their own garage. After an unsuccessful first try, a friend pointed them in the direction of a rental space that would soon become their business.

The rental space needed work. It was “a mess” as Hilda described it. But they were determined to make it their own by fixing it up and giving the space a fresh new look. 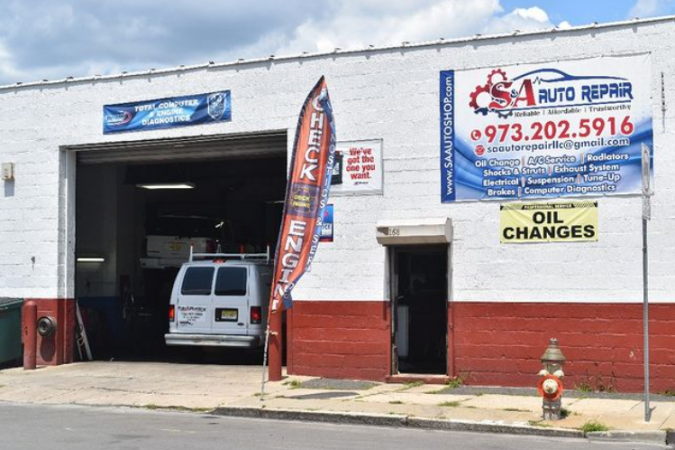 As they embarked on their journey, they soon learned the many obstacles and struggles of owning and running a business. Not only was everything was new, they lacked the knowledge on how to start and run a business and also lacked the capital.

“It was hard because we had no money and a lack of knowledge. We took the risk of our lives going into business. We did not have a lease, (we were month by month for about 5 years). Today, I realize how dangerous it was and that we could have been asked to leave the auto shop at any time. However, we never, even thought of giving up,” said Hilda.

Despite these great challenges starting out, for Hilda, the biggest challenge has been being a woman in the auto industry, an industry that has traditionally been dominated by men. However, this challenge has also become one of her greatest strengths driving her toward success.

Another strength Hilda draws upon in the face of challenges is her faith. As a woman of faith, Hilda is positive, honest, and determined. “I believe that everyone has a purpose. I have found mine, therefore, I ask God for wisdom so I can accomplish it. Every time I work on a project or  strategy to make my business grow, I put it in God’s hands.”

Her faith and positivity make her confident, even when things don’t always turn out the way she wants, she still looks at every situation with a positive outlook.

Now, Hilda feels grateful for everything they had to go through because it taught her so much about running a business. Like all challenges, overcoming them makes people stronger.

“I learned how important it is to have the social and working capital to succeed. I learned to overcome any obstacles that we have encountered during these eight years in business. I learned that with faith, discipline, consistency and honesty everything is possible.”

You might be interested: Jennifer Garcia tells you how to leave a secure job to launch your dream business

Women empowerment through knowledge and education

For Hilda, trust and education are important. According to the American Automotive Association, 66% of American drivers do not trust auto mechanics. Customers are often overcharged, do not trust their cars are being fixed properly, or recommend unnecessary repairs. Women are also often taken advantage of due to a lack of knowledge about cars.

Hilda shares a story about a past client’s experience and how it inspired her to create her own educational auto workshops for women. 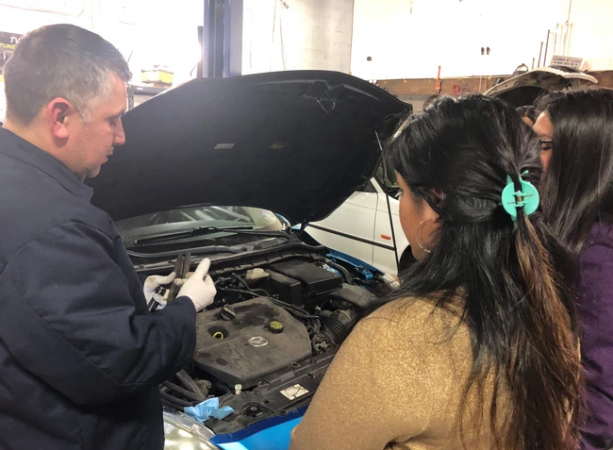 The client came into the shop looking for a price for a transmission. Hilda offered to give an estimate but first wanted her husband to check and see if that was what the client really needed.

“They both went and took a ride. When they came back, my husband put the car in the lift and showed her under the car. The noise that she was hearing and the reason she was told that needed to change the transmission was metal that was hanging under the car. She got really upset. That got me so upset and I talked to my husband about doing something to help women,” Hilda recounts.

That day, she made the decision to empower herself in the industry so she could empower other women through educational workshops.

Knowledge is power, especially in industries where women are underrepresented. For women looking to start their own business or advance in their field, Hilda recommends gathering the necessary knowledge first, then go for it and take every opportunity given.

“We are strong and smart enough to accomplish anything we want in this life. We are capable of overcoming any obstacle, because the only limit is oneself. Be honest and consistent all the time.”

NEW YORK, NY — May 19, 2022 — (NOTICIAS NEWSWIRE) — Susana Marino is the founder and current President of the Northern Virginia Hispanic Chamber of Commerce (NOVAHCC), an international business and trade association representing people of all entrepreneurial backgrounds and industries. In 2019, Susana Marino was awarded by El Tiempo Latino with Power 100 Meter …

12 Latina Leaders from Across Texas to be Honored