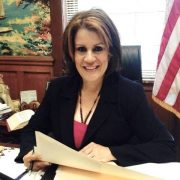 Hon Wilda Diaz, Mayor of the City of Perth Amboy, will be honored at the 2019 Entrepreneur Empowerment Lunch as the first Latinas in Business Small Business Champion. For registration: https://2019-eel.eventbrite.com 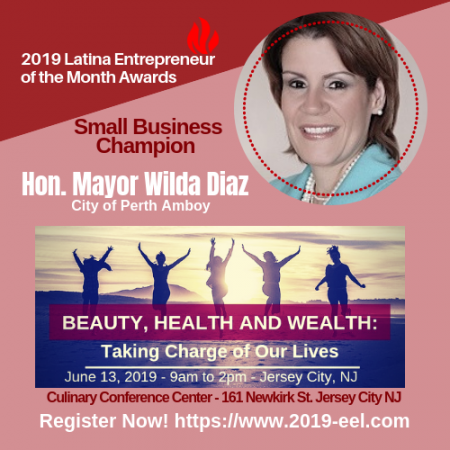 This year’s theme for the 2019 Entrepreneur Empowerment Lunch “Beauty, Health and Wealth: Taking Charge of Our Lives” attracts organizational leaders, social media influencers and successful entrepreneurs who have been tapped to gather at the Hudson County Culinary Conference Center, 161 Newkirk Ave, Jersey City NJ 07306 on June 13, 2019 from 9:00 am to 2:00 pm (Registration, breakfast and networking starts at 8:00am ). The event is being co-hosted by Hudson County Community College.

“it is a great honor for me to present this award to a Latina trailblazer like Mayor Diaz because not only she is the first and longest lasting Latina Mayor in New Jersey but also she has been an relentless champion of small businesses in the Business District of Perth Amboy and also in the State of New Jersey at large,” said Susana G Baumann, President and CEO, Latinas in Business Inc., organizer of the event.

Wilda Diaz was re-elected as Mayor of the City of Perth Amboy for a third [four-year] term in November 2016. She was first sworn-in on July 1, 2008, becoming the first female to hold that office and currently the only elected Latina Mayor of Puerto Rican descent in the State of New Jersey.

As she marks her 10 year anniversary in serving the City of Perth Amboy, she remains at the forefront of issues such as expanding programs for our children, youth and families, maintaining an open and honest government, business expansion, economic development, job creation and preserving the City’s history. Furthermore, as a recovery effort from the damage of Superstorm Sandy, over $17 million for renovations and storm mitigation were invested to create a state-of-the-art waterfront, which has received exceptional awards for design and completion.

Diaz, most notably has taken an unwavering stance to stabilize the City’s financial condition. She continues to combat inherited debt, she’s achieved an A+ bond rating upgrade and stabilized taxes for the past four consecutive years. Her administration’s Capital Improvement Program and several other cost cutting strategies, reduced the overall debt by over $50 million and saved a community from near bankruptcy within the first five years of being in office.

She has championed plans for the development and preservation of arts, history and culture by creating a city-wide arts plan, inclusive of mural projects and economic development features that advance the City’s strategic plan. Additionally, by establishing a Historic Preservation Commission and Green Initiatives, the city has seen vast improvements and attention towards both treasured structure and antiquated infrastructure. This includes her efforts placed towards two of the City’s most utilized historic structures, the Perth Amboy Free Public (Carnegie) Library, with nearly $2 million in capital improvements and the redesign plans and preservation of the Perth Amboy Train Station, while securing nearly $50 million in NJ Transit funds for future construction. 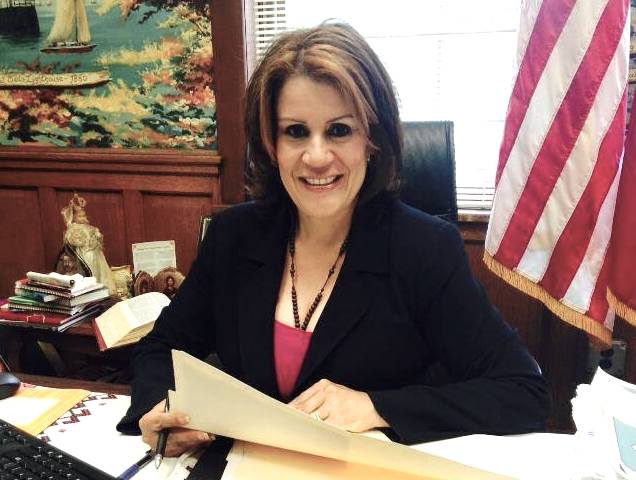 Diaz’s aggressive outreach and promotion of business advocacy has welcomed major corporations to Perth Amboy, such as Buckeye Partners and Target, the first distribution center in the State of New Jersey. Her administration has attracted over half a billion dollars in corporate investments in the past five years, while creating local jobs and beautifying and remediating over several hundred acres of industrial property that had been vacant for decades.

“We have also gathered exceptional main speakers such as Cenia Paredes,founder of Cenia New York, as well as a Fireside Chat with actress, TV writer and producer, women’s advocate and creator of StorySharing, Ivana De Maria,and award-winning, TV producer and Master of Ceremony Jackeline Cacho, both coming from Los Angeles.

In addition, organizational leaders, influencers and entrepreneurs from around the country are converging in Jersey City to produce the most dynamic event for Latinas and other minority women entrepreneurs in the Northeast region. We continue with our goal to help them “Learn. Connect. Succeed!” and find the network and resources they need to advance their businesses,” Baumann said.