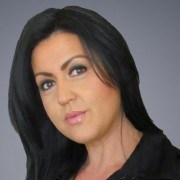 Bringing active and involved leaders into your organization has proven to be a strategy to success. The Hispanic Chamber of e-Commerce, a national for profit organization based in San Diego, CA, promoting the use of the Internet as a business tool to help family owned businesses become more competitive, has recently announced the incorporation of Mina Trujillo as an Advisory Board member.

Mina Trujillo, Founder and Managing Director of Chraft PR, raised above her personal circumstances to become a successful serial entrepreneur, active Latina business leader in her community and a dedicated advocate in helping others succeed.

Born in Guadalajara, Mexico, Mina came to the United States at age 4, following her parents to the Los Angeles area. “My parents left Mexico enticed by the ‘American Dream’ and established their roots in Highland Park, one of the poorest neighborhoods in the Los Angeles area. They came with nothing,” Mina told LIBizus.

However, this strong-minded Latina overcame her surroundings with the firm determination to make a better life for herself. “My extended family in Guadalajara is very entrepreneurial; some of my relatives are doctors and lawyers who have built a comfortable economic position for themselves. I learned from them not to have the ‘ghetto’ mentality,” she said. “I saw people living in LA with no aspirations, no dreams, no desire other than working a job and collecting a pay check, including my parents,” she added.

Mina decided that was not an option for her future. She vividly remembers a time when she and her father picked up her mother from her job in the garment industry, and they went for a ride downtown LA. “I saw all those big shiny buildings of banks and corporations, and I decided I wanted to work there one day,” she recalls.

Her parents never encouraged her to go to college or making it big in America but Mina always had her dreams beyond her circumstances. “In high school, I saw those boys who would end up in a bad path or girls at 17 with two or three kids, and was determined that my future will end up differently,” Mina said.

After finishing her school years, she filled out her own application for college and paid her way through it. Mina graduated with a Bachelor of Science in Business Administration from Mount St. Mary’s College in Brentwood, California.

After 8 years in the airline industry in various marketing roles, she went to work at the global accounting firm Arthur Andersen in the Los Angeles office.

“I wanted to work at the biggest company in LA. I did some research and found out Arthur Anderson, one of the largest global accounting firms. I sent my resume, however, never got a response. I finally decided to show up and introduce myself. They told me they would recruit me, not the other way around,” she told us. Her perseverance paid off and she finally was hired, supporting the Anderson North America Audit Practice in various marketing activities.

However, soon Mina realized she was not the “corporate type.” Following the example of her Mexican relatives, she pursued an entrepreneurial career and started several companies.

So far, Mina has founded three companies and is about to launch her fourth in the tequila industry. In 2002, she started a color cosmetic business with presence in Los Angeles and New York City. Mina led all product development, public relations, marketing, branding and creative efforts for the company, successfully landing the venture in major department stores in the west and east coasts, including Macy’s East and Henri Bendel NYC, and attracting national media coverage.

She is also Founder and Managing Director of Chraft PR, a boutique Public Relations, Brand Marketing, Advertising and Conference Producing Agency.  “My career as a serial entrepreneur is the result of a highly creative personality that constantly urges me to look into market needs and respond to them,” Mina explained. “By creating new ventures, I create opportunities and wealth for others. Going back to my childhood story, I believe you can achieve your dreams in America but sometimes, people do not have that little opportunity to succeed. Giving back is an important component of my career, allowing people to make a better life for themselves,” Mina said.

Mina serves on the LA Region Board of Hollygrove, an organization that advocates for children in poverty. She also serves at LA CAUSA, a multifaceted agency serving mothers and children living in poverty, and as an Ambassador to the Clinton Foundation. Mina is also the CEO/Executive Director of NAWBO-LA (National Association of Women Business Owners- Los Angeles Chapter), and has recently joined the Advisory Board at the Hispanic Chamber of e-Commerce in San Diego.