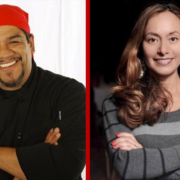 Two successful Hispanic entrepreneurs who built their business around empanadas and social media will relate their stories as keynote speakers at the Feria de Negocios Hispanos de New Jersey this coming Tuesday July 18 at the Pines Manor in Edison New Jersey. 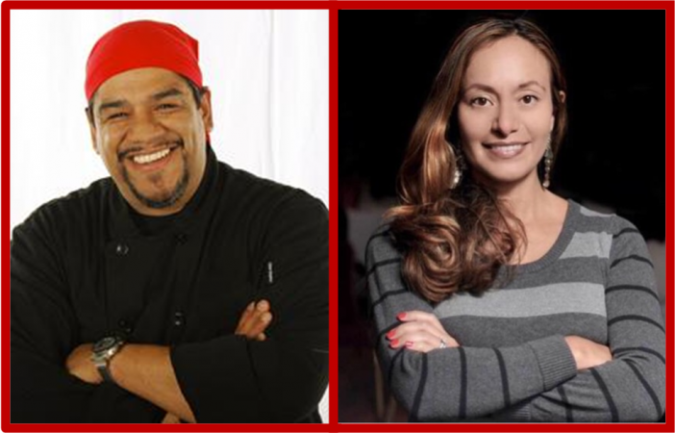 So what is an empanada? According to Carlos Serrano, “Empanada Guy,” the delicious shaped half-moon empanadas are fried or baked turnovers stuffed with meat or veggies that adopt different shapes and names all over the world. 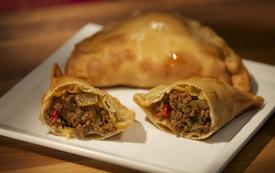 Born and raised in Newark, NJ, and of Puerto Rican origin, Carlos began his empanada business in the garage of his house and now he manages a multimillion dollar company with nine food trucks, a restaurant and two mall shops. Although empanadas are the main theme in his menus, other tasty Caribbean and Latino dishes are offered at his locations.

Carlos signature empanadas like the lobster empanada, the pulled pork empanada or the sweet apple cinnamon empanada have made him the fastest-growing gourmet food truck company in the country. “I started six years ago with $40 in my pocket and became a national TV spoke person with a national campaign to make empanadas known in every corner of this country and beyond,” Carlos said to LatinasinBusiness.us.

Carlos believes there are no secrets to success in America. “It all depends on how bad you want it, how emotionally committed you are to your success,” he said. “You can’t have a sense of entitlement, if you work hard and overcome the obstacles there is a reward,” he shared. 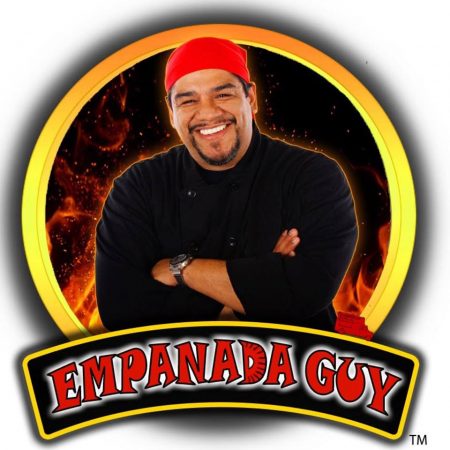 “We make a lot of excuses, and we don’t realize that sometimes dreams and fantasies are different things. Don’t blame your culture or your parents and quit negative people around you –my grandmother used to say ‘dime con quien andas y te diré quien eres,’ and she was right!”

His passion for cooking comes in part from his “Mama.” Carlos lived with his grandmother in Puerto Rico for some time when he was a teenager. “She was amazing in the kitchen. She did everything from scratch,” he said. “She taught me stability and work ethics, and to get up early, do your job, stop complaining, and do the right thing.”

His notoriety started in 2013, when he won Lifetime’s “Supermarket Superstar,” and was invited to participate in the Food Network’s “Beat Bobby Flay.”

Carlos success has also been the result of his active social media engagement, and a great connection with his customers. He started in MySpace many years ago and now has 19K followers on his Facebook page.

The story for Hipatia Lopez, one of the 0.3 percent Latina inventors in the country, started on the day before Christmas. “My family and I were making over 100 empanadas for the family gathering and my hands were getting tired of making the repulgue,” she said –the border to seal the empanada so the stuffing does not get loose in the frying process. 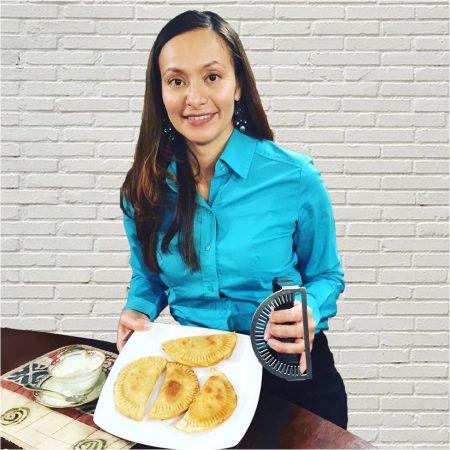 Hipatia thought, “There must be a better way to do this.” Well, there was and Hipatia designed and launched a kitchen utensil known now as the “empanada fork” that allows you to make empanadas at a light speed.

Long story short, Hipatia won last year the national contest for Project American Dreams, a national initiative by Latina entrepreneur Lili Gil Valetta and Home Shopping Network (HSN) sponsored by USBank. After several awards and recognitions for her tool, Hipatia was on her way to showing her invention to 90 million homes in the USA!

“I show up in every occasion to promote my tool; I do contests, accelerators, competitions, any opportunity to get out there and talk about my product,” she said. “Most small startups are afraid of showing up or networking but that is the only and best way to get your product known,” she shared. 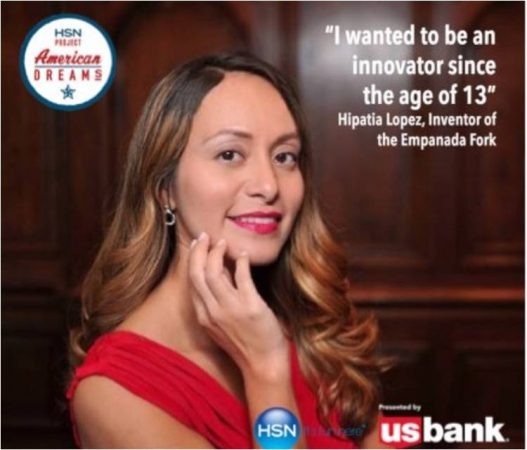 Hipatia is also an active social media influencer in several platforms where you can follow her under “@empanadafork.” She is now determined to encourage other women become patented inventors. “There is a very small number of Latina inventors and probably not because of lack of ideas but mostly because they do not know how to handle the patent process. I will be happy to talk to anyone who contacts me on social media to help them achieve their dreams,” she said.

Carlos Serrano and Hipatia Lopez will share how they became successful business owners,

their struggles and their achievement on July 18 at he Feria de Negocios Hispanos de New Jersey. Attendance is free but you must register here.