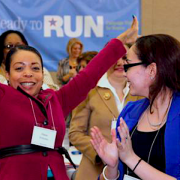 Diversity in politics is an important issue especially now in such a polarized political climate. Our elected officials should represent the people and reflect the diversity within the population, which means we need more women and people of color in elected or appointed positions. Spurring this movement for more diversity in politics is the Ready to Run® Conference. The conference will be held on March 15th and 16th at the Douglass Student Center, Rutgers University, New Brunswick. 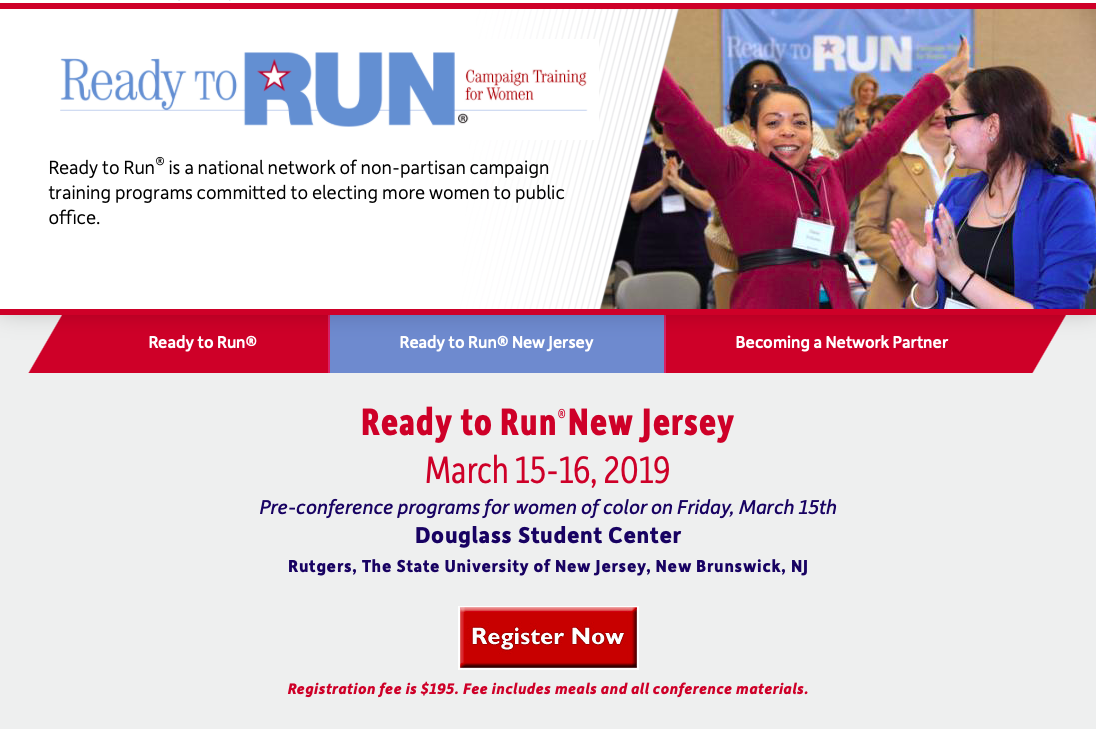 Ready to Run® is a bipartisan program designed to increase gender diversity in politics by encouraging women to run for elective office, position themselves for appointive office, work on a campaign, or get involved in public life in other ways.  The program features experts on topics ranging from digital strategies for campaigns, working with the media, navigating the political parties, fundraising, and much more. 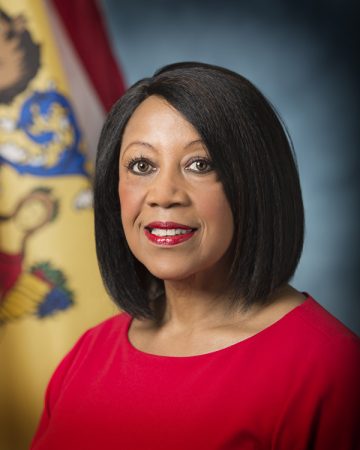 The conference will feature two “tracks” with different lectures and events for each. The first track, “I’m Ready to Run, Now What?” is for women planning to run for office immediately. Track 2, “I’m Not Ready to Run Yet, But…” is geared toward women who want to learn more about ways to get involved in politics or place themselves for public leadership.

Events in both tracks will explore practical “how-tos” for candidates, real world advice and best practices from the experts, strategies for positioning yourself for public leadership, the ins and outs of New Jersey politics, and campaigning in a digital age.

CAWP and LUPE working together

Additionally, The Center for American Women and Politics (CAWP) and LUPE Fund, Inc. (Latinas United for Political Empowerment), together with a steering committee of leaders in the Latino/a community, sponsor Elección Latina, a pre-conference session of the New Jersey Ready to Run® Campaign Training for Women.

Elección Latina works to increase diversity in politics by empowering Latinas to run for political office and increase their numbers in elected and appointed positions at all levels. The Elección Latina program will be held on Friday, March 15, 2019 at the Douglass Student Center, Rutgers University in New Brunswick, New Jersey. 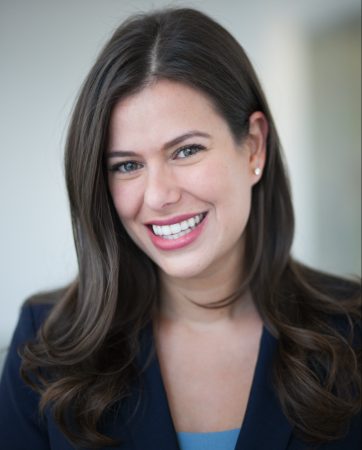 This year’s session, Powerful Leaders, Powerful Voices, features a roundtable discussion about the importance of diversity in politics, specifically having more Latinas engaged in politics and public life, including as elected or appointed officials, lobbyists, and party leaders.

Latinas from across the state will gather for this inspiring and informative event as they gain the tools and resources to support them further in their political endeavors. LatinasInBusiness.us had the chance to speak to three passionate women who will be attending the conference: Victoria Tahhan, Felisha Reyes-Morton, and Ileana Montes. We spoke to them briefly about their expectations for the conference, their future campaigns, and political aspirations.

Victoria Tahhan has been involved in numerous campaigns as a volunteer or staff member for over a decade, and now has her own public relations firm that provides political consulting for candidates and elected officials. She also facilitates private sectors clients who are hoping to establish public-private partnerships or programs that benefit historically underrepresented members of our society.

Felisha Reyes-Morton is a Camden city committeewoman and a board member of LUPE Latinas United for Political Empowerment to increase Latinas participation in the political process in the State of New Jersey. Appointed in 2012 by Mayor Dana L. Redd, Ms. Reyes-Morton brings a new perspective to the Advisory Board in the form of community organization and parent involvement

Ileana Montes has served as the Director of the New Jersey Division on Women, fighting for women’s rights, for victims of domestic violence and sexual assault, and testifying at legislative hearings. She has also served as Director for the Equal Employment Opportunity Office at the New Jersey Department of Community Affairs and was responsible for the enforcement of the New Jersey Civil Rights Act and the Law Against Discrimination for over 3000 employees. A litigator in the private sector for more than 15 years, Ileana has represented thousands of clients in family, civil, criminal, immigration and bankruptcy matters and has been a voice for her clients, fighting diligently for their needs and rights.

LIB: What is your political affiliation -if you have one? 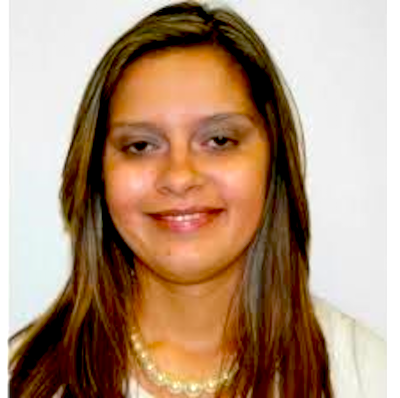 Victoria Tahhan: I am a registered Democrat however I feel that at times the political party process inhibits the true democratic process. Too often candidates are selected in a back room by political bosses and party insiders without the input of historically underrepresented members of our society.

Ileana Montes: I’m a Democrat and I am seeking the nomination for an Assembly seat on the 21st Legislative District.*

LIB:  Is this your first time participating at this program with the Center for American Women and Politics? If not, did you participate before -how many times or years?

Felisha Reyes-Morton: Yes, this is my first time participating. The purpose of my participation is to gain a theological understanding and knowledge of the foundations of campaigning and best practices in order to have an effective, efficient and proactive campaign that is results driven.

Victoria Tahhan: Yes, this is my first time and I am very excited about participating in the growing movement increasing diversity in politics, specifically the inclusion of diverse women taking part in the political process.

LIB: What is the purpose of your participation? Are you interested in running? Have you run before and would seek support from the group?

Felisha Reyes-Morton: Born and raised in Camden, I have always had a tremendous love for my community. It was while attending Fairleigh Dickinson University for criminal justice and Spanish, that I first became fully aware of the impoverishment of my hometown. This motivated me to become involved in local politics to help improve my community. I am interested in running in the near future and I would look to seek support from this group.

Victoria Tahhan: I am extremely interested in networking with politically and socially motivated women. I look forward to the exchange of ideas and enjoy supporting this growing movement.  It is through diverse women supporting other diverse women that we will finally achieve true equality. 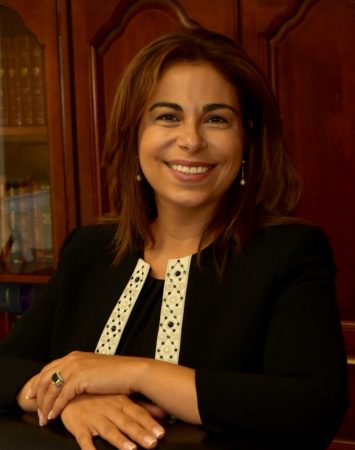 LIB: If you are running, what office are you seeking? Why are you running?

Felisha Reyes-Morton: My interest is in Council Office and my goal is to enhance the product and quality of my community involvement by incorporating and driving policies that are self-sustaining and a resource to better the quality of lives for residents in my town.

Victoria Tahhan: My interest in running is based in a strong belief that one should not criticize if you are not willing to make the sacrifice and commitment to hold public office.  I am frustrated by the failure of our political system to provide true equal rights for women and minorities. One of the most important positions to run for are school boards since they directly affect the lives of children and can provide the family support needed to help the youngest members of our society excel.

Ileana Montes: As I said, I am seeking the nomination for an Assembly seat on the 21st Legislative District.* As an Assemblywoman, I will work hard to bring more businesses to our communities so that we can strengthen our economy, create more jobs, prevent increases of property taxes. I will incentivize the municipalities within our district to implement meaningful shared services, advocate for an improved transportation system for our commuters and continue to advocate for women’s rights.

Registration for the conference is still available for any women interested in a future in politics. It is sure to be an informative and inspiring event that will undoubtedly lead to more diversity in politics and positive change within our communities.

*At the time of posting this feature, Ileana Montes was not nominated for the Assembly seat. (Editor’s Note)