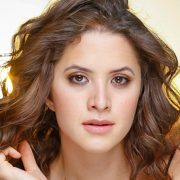 Ivana De Maria, will be presenting her storytelling platform StoryPlace at the upcoming 2019 Entrepreneur Empowerment Lunch “Beauty, Health and Wealth: Taking Charge of Our Lives,” to take place on June 13 at the Hudson County Culinary Conference Center in Jersey City, NJ.

Ivana De Maria, actor, TV writer and producer, women’s advocate and philanthropist, is the creator of an egoless social media storytelling platform by taking all the positive elements of social media and cutting out the negative, purely ego feeding elements. A twenty-six year old Latina entrepreneur, CEO and founder of StoryPlace, Ivana and her team have created a revolutionary egoless social media platform where empathy comes first.

What is “egoless” social media?

The storytelling platform gives a voice to ordinary people with extraordinary stories. Through reading and sharing stories, people are able to connect and engage with others on a deeper level. StoryPlace is not about competition such as who has the most ‘likes’ or the best selfie. It’s about community and connection. Everyone has a story to tell and every story offers a fresh new perspective, idea, or lesson to readers.

The vision for StoryPlace began formulating in Ivana’s mind over the past few years along her travels and her time working in the entertainment industry. A storyteller at heart, Ivana became increasingly interested in creating content based on true stories. After studying business and law at Boston University, Ivana moved to Los Angeles to focus on acting and producing for film and television. Frustrated with aspects of the entertainment industry, Ivana began re-evaluating what she wanted from her career.

Finding her way in a very competitive industry 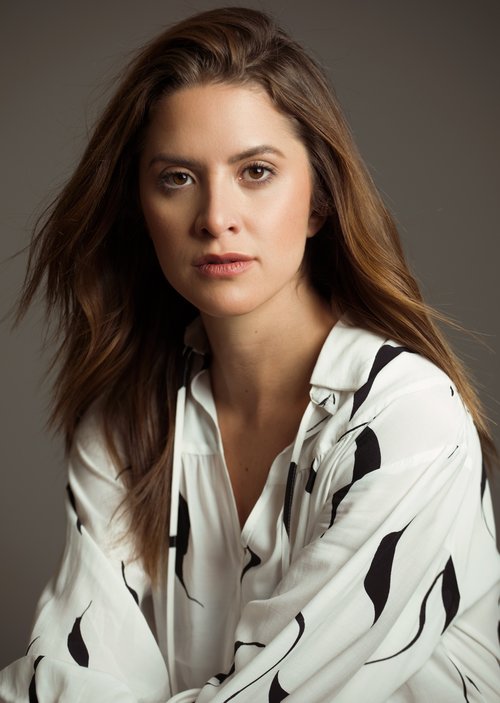 “When I began my acting career, I very quickly hated how the ‘system’ worked. I couldn’t understand how someone’s career could depend on so many factors that were in the hands of complete strangers. I also realized that I did not have the personality to sit around waiting for people to give me opportunities,” Ivana shares.

This shift in perspective helped her discover alternate forms of creating and sharing content. There were more options out there for her as a creator and consumer. The industry was changing. Creating digital platforms and alternate distribution channels, people now had more creative power which once belonged exclusively to big name studios.

“I realized we are living in a world where phones can make videos and we have free distribution channels online,” says Ivana. “There is NO excuse not to be creating our own content, and more importantly, people are interested in finding these new and untold stories that we ALL have to tell.”

This awareness was the push Ivana needed to begin producing her own creative content. She started with her own stories and listening to the stories of others. By becoming more involved in the process of sharing, she soon noticed just how many untold stories there were in the world, waiting for a chance to be shared.

Ivana was turned off by the egocentric mentalities that dominated pre-existing platforms, where people seemed to compete for a sense of status. These platforms were not the place for the kind of deep, connecting stories Ivana wished to tell and read. So she decided it was up to her to create a new, egoless social media platform where these stories could find a home.

Entering the world of story telling apps with StoryPlace was somehow uncertain for Ivana. She had a clear vision of what she wanted StoryPlace to be, but beyond that the rest was uncharted territory for her. Initially she struggled a bit, spending a lot of time and money doing things only “halfway.”

“Somehow it felt ‘safer’ this way,” says Ivana. “Then, one day I realized this was not going to work unless I really invested my entire self, mind, and trust into my vision. Time, space, and energy are by far the most valuable elements a person has to offer and for a while I underestimated their significance.”

Once Ivana put her full self to the task of making her dream a reality, the process became smoother. Instead of worrying about all that she did not know about storytelling apps and tech, she was eager and thankful for people’s advice and guidance.

Guided by others advice and her own strengths have helped her navigate through the bumpy obstacles along the way.

Being Latina, being a woman, or being simply human 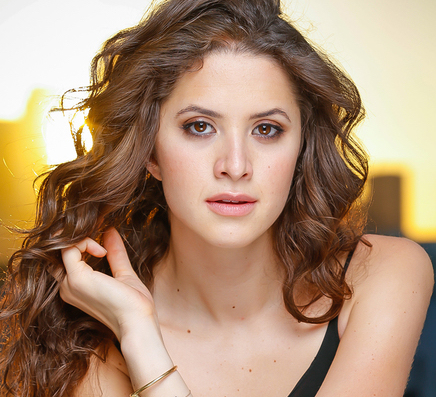 Speaking on her strengths, Ivana says, “I believe that more than because I am Latina or because I am a woman, my strengths come from a place of simply being human.”

Her strengths derive from her lived experiences, the people she has met, conversations she’s had, things she’s seen and places she’s been to. All these moments have helped her develop her strengths and weaknesses. Ivana self-professed greatest strength are her instincts. She works and functions largely based on instinct.

However for some time she did not view them as a strength. She was consumed by self-doubt over her decisions and wondered if her ‘experimental’ egoless social media app would be well received. She questioned if she could or should trust her instincts.

“Then I realized that my instinct was not this magical, intangible thing, but rather a combination of all that I have lived,” says Ivana. “Once I reclaimed my instinct and gave it the respect in deserves, it became my biggest strength and my number one advisor.”

Additionally her mother’s words always echo in her mind when she fears failure.

This message has always stuck with Ivana, who’s best advice to anyone, both in their career or life, is to just TRY.

Success is often difficult to define because it is specific to each person. Ivana spent many sleepless nights after the launch of StoryPlace on the iOS App Store filled with nervous thoughts, questions, and insecurities. Subconsciously she was thinking about this idea of success. Would she get those millions of users? Would she make money? Was this even a good idea?

She had created something new and different, something some people might not know how to react to: an egoless social media platform. What exactly did that mean? What were the expectations? It was all new territory, for Ivana as a creator and for consumers too.

“I felt like I had given birth to something and then sent it off into the universe,” Ivana says of the experience.

And behind all these nervous jitters was that undefinable concept of success. Would her efforts be “worth it”?

The answer came to her in an email. It was from a woman who had dealt with difficult situations and had fallen into a depression. She shared with Ivana how finding the storytelling platform and reading stories that spoke to her current situation helped her feel less alone.

“She thanked me and said that StoryPlace had given her the strength to keep going,” says Ivana. “Suddenly after sleepless nights of trying to define what success would mean for StoryPlace, the answer was so clear, right there in front of me. It made everything worth it.”