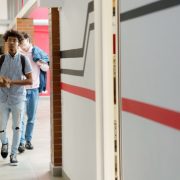 Gabriel Rodriguez, an educational researcher who focuses on suburban-urban education, interviewed Latino and Latina students about their experiences of belonging at suburban public high schools.

Many Americans think of the suburbs as exclusive enclaves for white, middle-class people. Yet reality paints a different picture. In recent decades suburbs across the country have rapidly become more socioeconomically, ethnically and racially diverse.

In fact, since 2010 most people in the U.S. – including people of color – call suburbia home.

Pew Research Center notes that 175 million people live in suburban and small metropolitan areas, while 144 million live in either rural or urban counties. The Latino community has played a pivotal role in spurring these changes.

As an educational researcher who focuses on suburban-urban education, Latino education and racial inequality in schooling, I have interviewed Latino and Latina students about their experiences of belonging at suburban public high schools. Their reflections shine a light on how schools can better support these youth and other students of color.

The broader research on students of color attending suburban schools, however, highlights academic and social trade-offs they face. For example, students of color at predominantly white suburban schools must contend with opportunity hoarding – when those with privileged backgrounds build upon their advantages by accumulating more of them. This takes shape, for example, when white parents push to get their children into high-level courses or hire private tutors.

While parents want what is best for their child, these actions can expand inequality, as not all families are able to navigate schools with the same confidence or ease as parents with racial and socioeconomic privilege.

This has led to Latino high school students being viewed as less capable by peers and teachers, being excluded from honors classes and enduring frequent microaggressions.

For example, Claudia, a Latina student at a racially diverse high school in a working-class community outside of Chicago, shared, “I wish people knew more about us beyond stereotypes.” She recalled peers saying, “Oh, you’re Latina? You don’t look like a Latina.” As Claudia noted, comments like that treat Latino students as a monolith.

Another challenge that students I spoke with frequently cited was feeling like they had to downplay parts of their identities to fit in and succeed academically.

Research highlights that this is a result of teachers and school leaders trying to change or “fix” Latino students and other students of color. Alternatively, schools could empower students to be proud of their cultures and home languages. 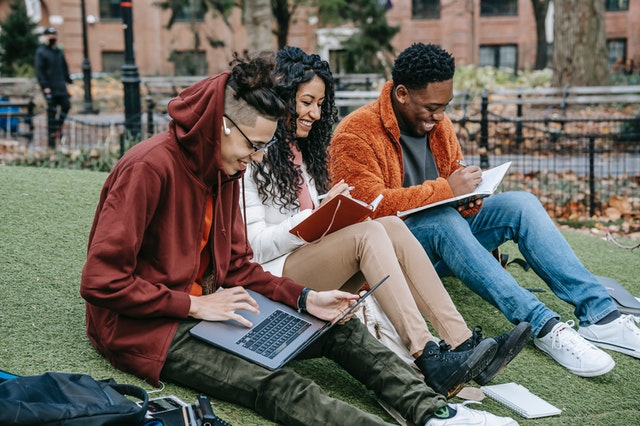 On the social front, Latino students often find refuge with other Latino students. “I feel more comfortable with Latino students because I’m not competing with anyone,” said Michelle, who attended a predominantly white and well-funded school outside of Chicago. “It’s just easier to talk to them because they’re not gonna judge me ‘cause they know the things I’ve gone through.”

When students of color congregate with one another, teachers and administrators can struggle to understand why they self-segregate, often away from white students. However my research shows these decisions are often acts of self-perseverence and opportunities to be their authentic selves.

Roberto, a classmate of Michelle’s, spoke about how the whiteness of his school created moments where he silenced himself.

Teachers may view silence as disengagement from learning, but for students like Roberto, being silent can be an act of resistance and survival. Being in a mostly white school was difficult, and he felt his perspectives were not always valued.

For example, he and other students in my research spoke about teachers seeking to motivate them to do better academically but at the same time implying they were not trying hard enough.

Students like Roberto also wrestled with stereotype threat – when negative stereotypes about their race, gender or other identity increases pressure on them to perform academically. Latino students spoke about having to represent their Latino community, and how making a mistake in class could confirm negative perceptions about them.

‘We have hella stories’

The young people I interviewed also spoke about moments they perceived to be treated differently than their white counterparts. As Mia put it, “Special treatment has to do with the power white students have.”

Mia’s experiences taught her that white students were valued and believed over Latino students. This is supported by research, which illustrates the power white students and families wield in schools. 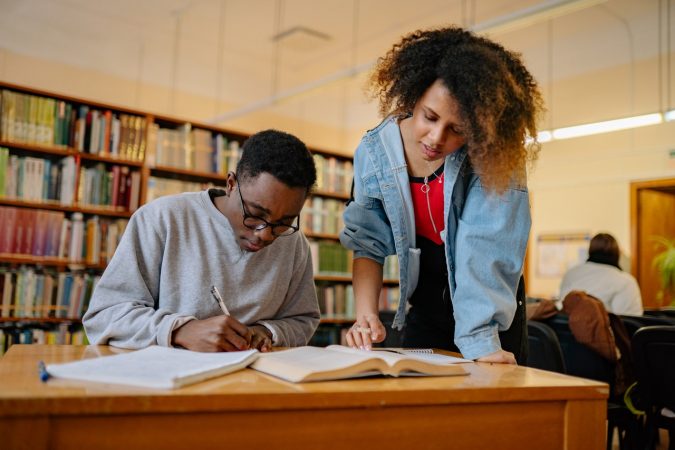 Photo by Yan Krukov from Pexels

The students also wanted their peers and teachers to acknowledge their complex lives and ambitions. As a student named Claudia put it: “We have hella stories. I’m sorry to say, but we do.”

Samuel spoke about his teachers not understanding his need to work a job after school. “Teachers say you decide school or work,” he said. “Some get mad at us for not doing the [school]work and thinking we’re lazy.”

While there’s growing recognition of the importance of grit – the ability to persevere in difficult situations – research finds that Latino students and other students of color often already possess it, and educators should consider making things easier for them instead.

Many of the students highlighted their appreciation of their teachers’ efforts to support them academically and socially. In talking about one teacher, a student named Chris noted, “She really likes talking about what’s happening in the world right now. She even asks us about the school: ‘Do the teachers treat you right?’ I know that she cares about us.”

Listening to Latino students can guide teachers and policymakers on how to enact culturally relevant practices that combat educational disparities and build upon young people’s cultural and linguistic assets.