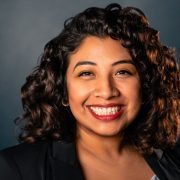 A leader for the people 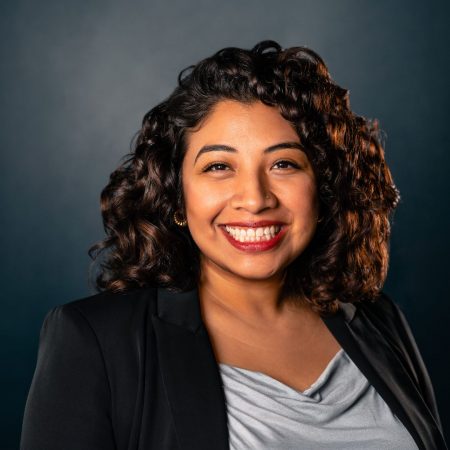 For over 15 years, Jennifer Cortez has been a servant leader and avid reform activist in her community of Dallas, Texas. As a leader, she is committed to creating innovative solutions that are inclusive and welcoming to all. Throughout her career as an activist, Jennifer has worked to uplift the voices of marginalized groups.

In 2006, as a student Jennifer helped lead a 500,000 people march for immigration reform, the largest protest in Dallas’ history. She then co-founded the North Texas Dream Team, the first immigration reform group in the area, connecting students nationwide to form United We Dream.

Jennifer’s activism also contributed to the creation of the Black & Brown/Latinx majority serving Congressional District 33 in 2010 when she and other leaders collaborated to increase voter turnout.

Most recently, Jennifer helped establish Dallas’ first-ever Community Police Oversight board after the police brutality protests last year. The issue of community safety and police accountability is close to Jennifer’s heart after her apartment neighbor, Botham Jean, was shot and killed in his living room by a Dallas Police Officer.

A post shared by Jennifer Cortez for Dallas (@cortezfordallas)

Jennifer is committed to being the change the community needs. She hopes to use her power, if elected, to bring about positive, inclusive, transformative change.

Bold change for a better future

The COVID-19 pandemic brought to light many deep societal issues, including the effects of systemic racism. Black and Latino communities have disproportionately suffered through pandemic related hardships more than other groups. From being more likely to contract the virus due to health disparities and poor access to healthcare, to unemployment and business closures, the pandemic has made very clear the need for reform is now.

Jennifer herself was inspired to run after her own experience with COVID-19. In an article by Kera News, Jennifer said she decided to run for council while laying on her couch, sick with COVID-19, and unable to move. She described the moment as “spiritual.”

“I was like, ‘OK, if I live, I will do something.’ I’ll use this privilege to do something bigger and to see what happens if we do the experiment of the people versus the money in the city of Dallas,” Jennifer told Kera News.

Now she is running for Dallas City Council District 2 in an effort to finally make the big strides in progress that the people deserve. 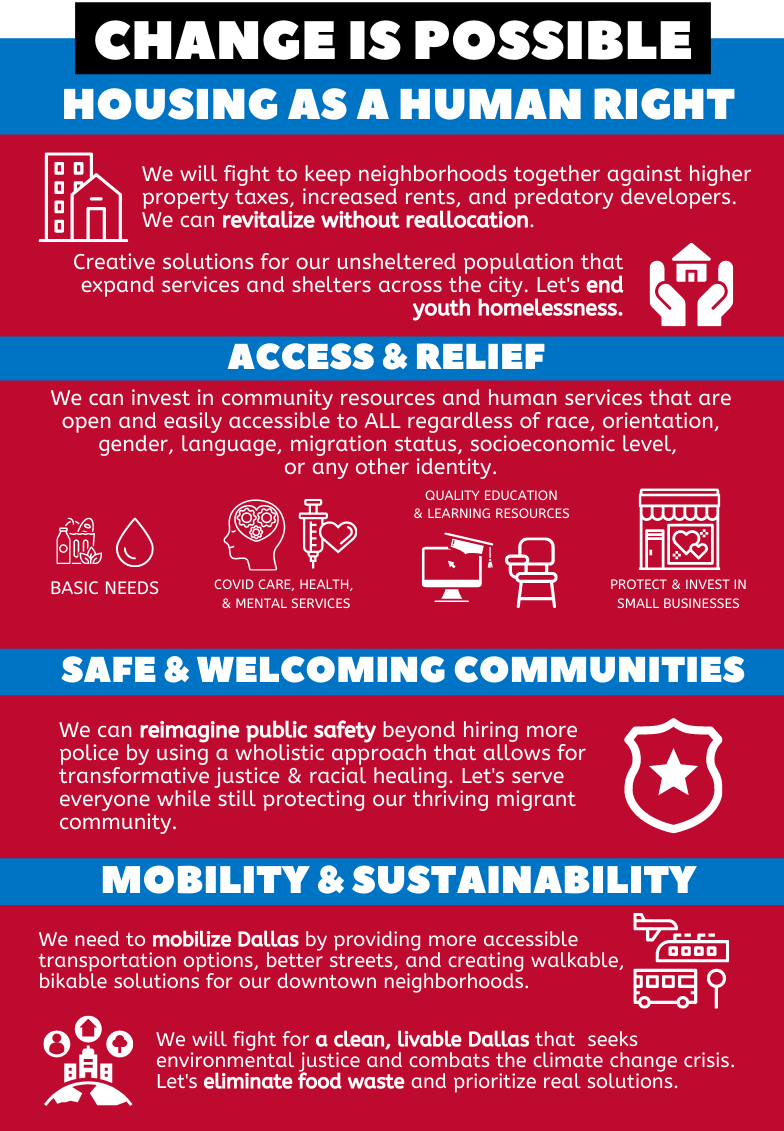 If elected to Dallas City Council, Jennifer will work to ensure housing rights for all, equitable access to basic needs and resources, a holistic approach to public safety, mobility solutions, and environmental justice.

Election day for Dallas City Council is May 1st.