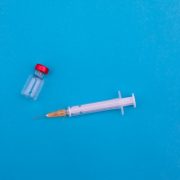 COVID-19 has revealed many of the racial and ethnic disparities in healthcare faced by people of color and ethnic groups. From suffering from higher disproportionate rates of infection and death, to disproportionately being more likely to end up in the hospital, communities of color and ethnic minority groups have been hit harder by the virus than white populations. Now we are seeing further disparities in the distribution of COVID-19 vaccines. 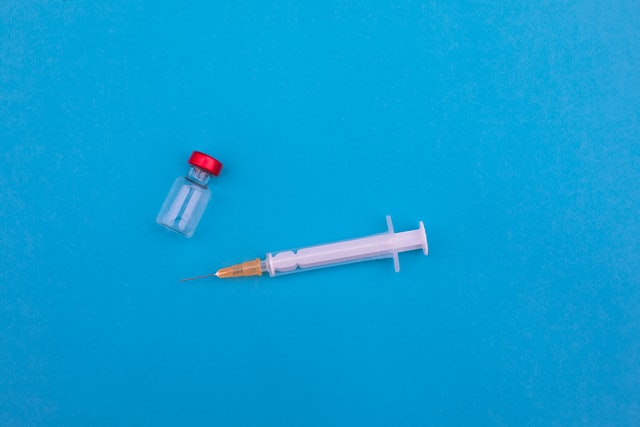 The COVID-19 vaccine is here. But which groups are being prioritized? (Photo by Markus Spiske on Unsplash)

Racial and ethnic disparities in distribution of COVID-19 vaccines

As the vaccine begins to roll out across various states, new data shows that there are already disparities among recipients. In New York, data revealed that while 24% of the city’s residents are Black, only 11% of Black residents received the COVID-19 vaccine. Meanwhile, White residents have received a disproportionate share of vaccines.

The city’s demographic data is still incomplete, with many vaccine recipients not reporting their race or ethnicity. Currently, the race of about 263,000 people who received at least one dose of the COVID-19 vaccine is not known.

However, of nearly 300,000 city residents who received one dose and whose race was recorded, about 48 percent were white, 15% were Latino, 15 percent were Asian and 11% were Black. Latino and Black residents were underrepresented: The city’s population is roughly 29% Latino and 24% Black.

The disparities were even more striking among city residents aged 65 and up: Only 9% of the roughly 125,000 older New Yorkers who received the COVID-19 vaccine were Black.

Mayor Bill de Blasio said he was frustrated that New Yorkers in communities of color were not getting vaccinated.

“Clearly we do see a profound disparity that needs to be addressed aggressively and creatively,” Mr. de Blasio said at a news conference. 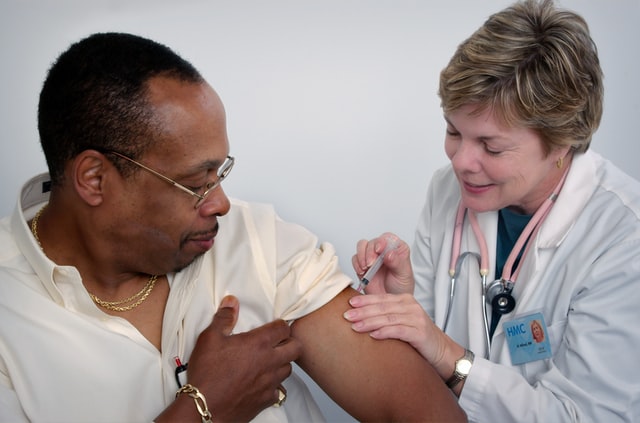 Only 11% of NYC’s nearly 300,000 vaccine recipients were Black, data reveals. (Photo by CDC on Unsplash)

One key factor is the racial and ethnic disparities is the complex scheduling system which many in underserved communities struggle to navigate. Residents have complained about the complicated process for scheduling appointments, long wait times on phones, and sudden appointment cancellations. Younger people have been helping their older relatives navigate the system, but the issue still needs to be addressed from the top especially since data reveals that white New Yorkers are navigating the vaccination system more easily than other populations. This signals that there is an accessibility issue, preventing certain communities from navigating the system.

Mr. de Blasio has since pledged to address the problem by improving the appointment scheduling system and increasing outreach in more languages to make the system accessible to diverse communities.

Still many elected officials have come out to criticize and blame the Mayor for failing to reach the city’s Black and Latino residents.

Brooklyn borough president, Eric Adams, deemed the city’s response to the virus as having “turned into our Katrina” — a reference to the 2005 hurricane that hit New Orleans and overwhelmingly devastated Black residents.

“We know who is most at risk and who is suffering the most — and they are mostly Black and brown,” he said. “They have been abandoned and they are dying because of it. That must end today.”

Andrew Yang, the former presidential candidate, said the racial and ethnic disparities shown in the data was “a scathing indictment of how broken the system is.”

In addition to the accessibility and outreach issues, many of the city’s vaccinations have been going to people who live outside of the city.

It’s been reported that at least 94,000 people who live outside the city have received the COVID-19 vaccine in New York. The mayor has defended this saying that many of those vaccinated work in the city. However, the racial divide among out-of-city vaccine recipients is even greater: 59% of recipients were white while only 7% were Black. 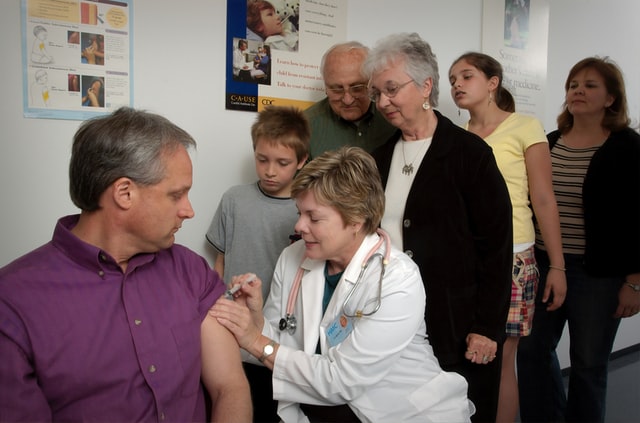 Racial disparities among out-of-city vaccine recipients is even greater: 59% of recipients were white while only 7% were Black. (Photo by CDC on Unsplash)

One vaccination site was recently called out in a report by The City for prioritizing outsiders over the community’s local population where over 70% of residents are Latino. The Armory Vaccination Center in Washington Heights has since agreed to prioritize residents from the local community and give new vaccines to New Yorkers only.

Commenting on this inequity, Mayor Blasio said, “If a site is in a community, particularly a community hard hit by COVID, it should be all about reaching out to that community and bringing people in.”

Mark Levine, a city councilman who chairs the Council’s health committee, has called for several measures to close what he called the “vaccine equity gap,” including giving residents of local ZIP codes scheduling priority in communities of color.

“We need to take action now to fix yet another egregious case of inequity in this pandemic,” Mr. Levine said.

The city’s public advocate, Jumaane Williams, and comptroller Scott Stringer, have also called for critical changes to be made, calling the vaccine roll-out “almost criminal” and a “national embarrassment.”

They are calling for Mayor Blasio to stop vaccinating people who live outside the city, to fix the confusing scheduling system, and provide paid time off for essential workers to receive the COVID-19 vaccine.

Disparities across states and dwindling supplies 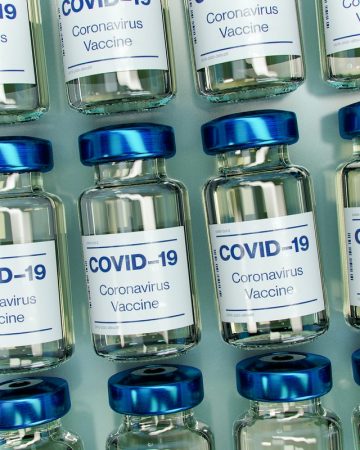 Photo by Daniel Schludi on Unsplash

In addition to the racial disparities preventing the vaccine from reaching all demographics equally, vaccine supplies are also dwindling.

In New York City, about 600,000 people have received a first dose of the vaccine since mid-December. Mayor Blasio has repeatedly said that the city is running out of doses and cannot accelerate the rollout without a greater supply. On Sunday, the city had only about 53,000 first doses left.

Currently there are more than 150 million people — almost half the U.S. population —eligible to be vaccinated. Each state determines who goes first, though, and currently the nation’s 21 million healthcare workers, three million residents in long-term care facilities, and high risk residents with medical conditions are top priority.

To stay up-to-date and for more information on COVID-19 vaccine policies in your area, visit your state’s health website.