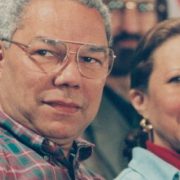 Colin Powell was a trailblazer and role model for Americans. A veteran of the Vietnam War, Powell spent 35 years in the Army and rose to the rank of four-star general before serving as the country’s first Black national security adviser, chairman of the Joint Chiefs of Staff and secretary of state.

Powell passed away on Monday after complications of Covid-19, his family said in a statement on Facebook. Powell had been vaccinated, however he was being treated for myeloma, a blood cancer that impairs the body’s ability to fight infection; this compromised his immune system and the effectiveness of the vaccine, The Associated Press reported.

“We have lost a remarkable and loving husband, father, grandfather and a great American,” the family said.

Born in Harlem to Jamaican immigrant parents, Powell grew up in the South Bronx. His childhood was marked by financial struggle and hardship. In his 1995 autobiography, My American Journey, Powell wrote, “Mine is the story of a black kid of no early promise from an immigrant family of limited means who was raised in the South Bronx.” From these humble beginnings, he rose through the ranks, becoming a prominent public figure in America and breaking barriers.

Speaking on how Powell’s early years influenced his actions in life, President Biden said, “He believed in the promise of America because he lived it. And he devoted much of his life to making that promise a reality for so many others.” 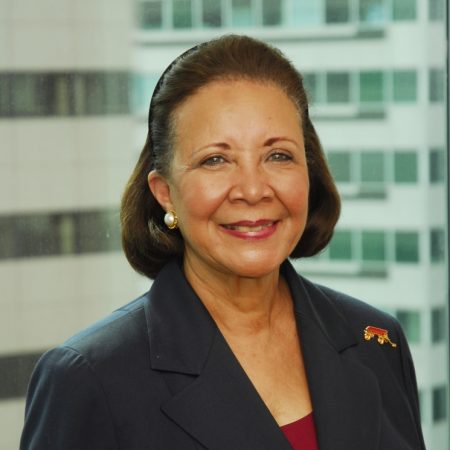 After retiring from the military in 1993, Powell began dedicating more time to fulfilling that promise. In 1997, Powell became the Founding Chairman of “America’s Promise – The Alliance for Youth”, a non-profit organization dedicated to improving the lives of children in America. Together with his wife, Alma, they worked to advocate for and improve the lives of children and youth by ensuring that Five Promises are fulfilled in their lives.

“Our mission is to mobilize people from every sector of American life to build the character and competence of our nation’s youth by fulfilling five promises for young people,” Alma wrote.

The Five Promises ask Americans to step up and create a world where the nation’s children can thrive and achieve adult success:

Throughout his life, Colin Powell exemplified these values as a youth advocate, public servant, parent, and leader. His accomplishments and historic firsts as a person of color also made him an inspiration and role model to many young Black Americans.

Colin Powell was a trailblazer and role model for Americans, inspiring many through his work, Kamala Harris shares.

“Every step of the way, when he filled those roles, he was by everything that he did and the way he did it, inspiring so many people,” said Vice President Kamala Harris, speaking on his influence. “Young servicemembers and others not only within the military, but in our nation and around the globe, took notice of what his accomplishments meant as a reflection of who we are as a nation.”

By the time Powell retired from the military, he was known as one of the most popular public figures in America, “owing to his straightforwardness, his leadership qualities and his ability to speak in blunt tones that Americans appreciated.” (The New York Times)

“He was a great public servant, starting with his time as a soldier during Vietnam,” said George W. Bush in a statement Monday. “Many presidents relied on General Powell’s counsel and experience. He was such a favorite of presidents that he earned the Presidential Medal of Freedom — twice. He was highly respected at home and abroad. And most important, Colin was a family man and a friend.”

Colin Powell lived a life of service and achieved great accomplishments through his merits. He leaves behind a legacy as trailblazer and role model who broke racial barriers in our nation. As an inspiration to many, his work will continue on, with his lasting American promise to make the world a better place for our youth.