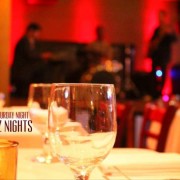 Not too long ago I had the opportunity to interview Omar Loya in my weekly radio show on KCAA NBC Radio in Southern California. He is the co-owner of Cities Restaurant in East Los Angeles.

I was intrigued with Omar’s success story for three reasons. First, Omar and his two partners chose to launch their restaurant during the worst of The Great Recession. Second, Cities Restaurant is a “high-end” restaurant located in the middle of East Los Angeles, a low to moderate-income community. And, third, while East Los Angeles is known for its great Mexican food and large population, Cities Restaurant does not feature a single Mexican item on its menu.

Given these three facts, along with the “cult” following that Cities Restaurant has developed, I had to ask Omar how he did it. These are Omar’s eight simple steps to a successful restaurant launch.

Learn more about the restaurant industry (from AOL jobs)

For more information about resources and information on how to open a restaurant, visit the National Restaurant Association