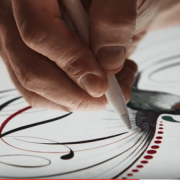 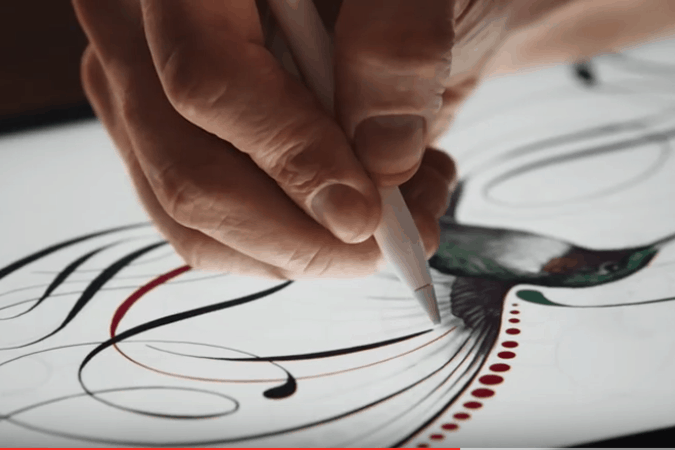 As a former architect, I lost track of the evolution in the design aspects of an architectural project. I left my country and my profession behind in 1990 for the great American adventure, and computers were just starting to be used in Argentina. Never rode the AutoCAD wave.

I know that a Master such as Cesar Pelli –an Argentinean architect known for designing the  Petronas Twin Towers, which were for a time the world’s tallest buildings, and the World Financial Center complex in downtown Manhattan– still draws in hand freestyle his projects. I know this because I have architect friends who have worked with him. Many famous architects and designers still like to draft their vision on a white canvas “a la Michelangelo.”

But yesterday, something “disruptive” (what happened with the good words revolutionary or innovative?) happened. Let’s read it from the words of Justin Bariso, Founder and Principal at Insight.

“The Apple pencil has given a gift to the world of art.

Apple’s new product, known as “Pencil”, seems to go against one of Steve Job’s well known philosophies. Remember what he said back in 2007, when releasing of the first iPhone?

That’s given rise to the headlines you’ll find this morning, like “The Stylus Steve Jobs Warned Us About” and “Here’s Why Apple Made the Stylus that Steve Jobs Hated”. Actually, nothing could be further from the truth. Steve Jobs hated the idea of a stylus for a 3.5 inch phone. But he never saw a stylus like this one.

The world has changed in eight years. Steven Paul Jobs was an innovator. And this is innovation at it’s best. “When you’re using the Pencil,” says Apple’s Chief Design Officer, Jony Ive, “the system scans twice as often, allowing iPad Pro to capture more points in a single stroke. Highly responsive sensors built into the tip of Apple Pencil work with the iPad Pro display to detect position, force, and tilt.”

The result? The ability to produce light, dark, thin, and broad strokes. In the words of Ive: “It has a responsiveness that feels like a true writing or drawing instrument.”

Apple Pencil gives artists and designers everywhere an extraordinary new tool, and iPad Pro gives them the medium to do new and exciting things.”*

What would you use the Apple Stylus for? What doors would the Apple Pencil open in your imagination and creativity? Is this a revolutionary tool once again from Apple? Would you buy this product?