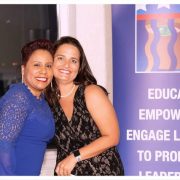 Sara Peña is a Newark native working toward community empowerment. She strives to empower Latinos, especially the youth, through advocacy, legislature, and mentorship. She is currently the Director of the Center for Hispanic Policy, Research and Development in the NJ Department of State, as well as the founder of the Boys to Leaders Foundation. 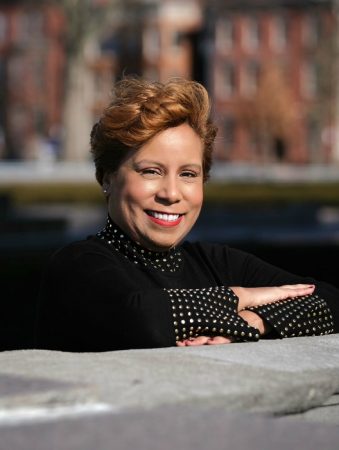 Born and raised in Newark, NJ, Sara has always had immense pride and passion for her community. As the daughter of immigrant parents, from Ecuadorian and Dominican descent, she witnessed first hand the hardships faced by immigrants.

“I saw a lot of things that would frustrate me in regards to how my mother was treated just because she didn’t speak the language,” says Sara.

As children, she and her sister would try to share as much information as possible with their parents, but the language and cultural barrier still made many things difficult.

“Resources were limited and mentors were unheard of, at least to me,” Sara explains.

Sara soon took on the “adult” role and with that came an awareness of the many complicated issues affecting her family and community. This awareness motivated her to make a change and become an advocate and leader for other Latinos.

After graduating from college, Sara returned to Newark to volunteer with various local organizations and focus her efforts on community empowerment. She soon began working with organizations like Leadership Newark, whose mission is to be a catalyst to engage, empower, connect and improve the network of community and civic leaders as they each commit to build, strengthen, and serve for the common good. 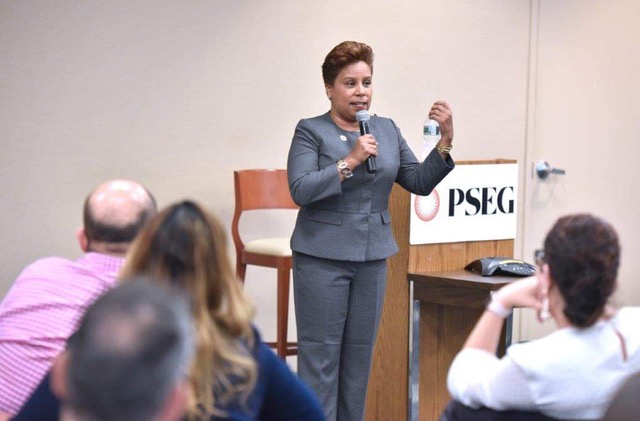 Another amazing organization Sara became a part of and President was LUPE Fund -Latinas United for Political Empowerment. LUPE’s focus is to educate, empower, and engage Latinas to promote leadership and civic service. The organization also collaborates with other women’s and children’s organizations on issues of common interest, such as health and education, in order to advance the Latino community.

Volunteering with these organizations exposed Sara to women who looked just like her in executive positions, having families and successful careers, and making a positive change within the community. But what really attracted Sara the most about these women was the advocacy work they do as leaders throughout the state. 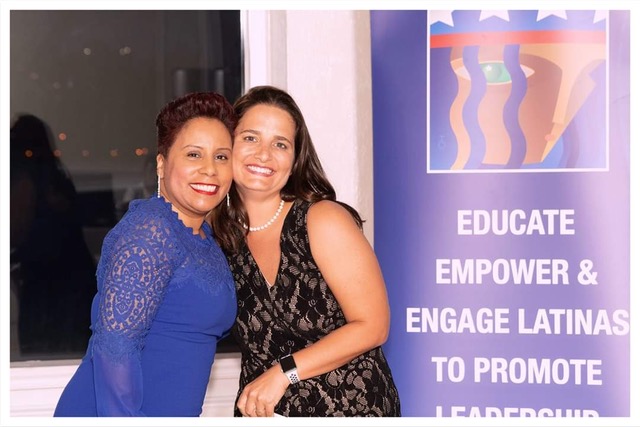 As President of LUPE, Sara supported multiple Latinas in both political sides to run for office in NJ (Photo courtesy Sara Pena)

“They worked tirelessly to ensure we had representation in the legislature and our voices would be heard,” says Sara. “My passion was policy work and I was able to explore more of it in the role of an executive  board member and later in 2017 become the President of the only Latina statewide organization in New Jersey! Here was this little girl from Newark NJ now leading one of the most powerful organizations for women in the state.”

Having other women as role models and mentors propelled Sara forward on her own journey. One of her biggest struggles early on was simply believing in herself.

“Others believed and saw something in me that not even I could see,” she says.

Once she began to surround herself with these like-minded individuals, she began to see just how much potential was within herself.

“I knew if I wanted to make a change it started with me and everything else would fall into place.”

As a community leader, Sara’s mission to improve the quality of life and the empowerment of the state’s Hispanic community. One major way in which she has been doing this is through her organization the Boys to Leaders Foundation.

Sara was inspired to create the foundation for her son, Anthony. 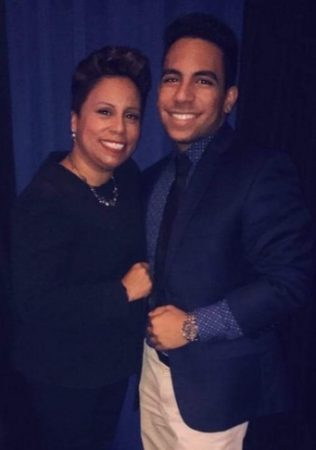 “I saw there was a lack of positive role models that looked like him and as a single mother it was very difficult for me,” she says.

Knowing first hand the importance and impact of role models and mentors, Sara felt it was an imperative need within the community.

“It is our job to provide opportunities and guidance to the next generation of leaders,” says Sara. “Mentorship changes lives. We must offer them hope, expose them to bigger and greater things outside of what they are used to. Allow our young people to have choices!”

Through the organization, Sara has been able to see first hand the amazing impact of mentorship and opportunities. A few years after the launch of the organization, Sara was approached by a young man who was then in his senior year of college. He told Sara that if it had not been for the conference he attended in 2014, he would never have known he could apply to Rutgers Newark, join the Honors Society, and travel abroad to study. The conversation went on for about a half-hour and the two decided to continue meeting at least once a year to see how he was doing.

“He was so grateful and couldn’t stop thanking me for starting the organization,” says Sara, remembering the moment. “Every so often I get these beautiful reminders that the blood, sweat, and tears I have put into this organization is certainly worth it.”

This year the foundation is hosting their 8th Annual Latino Youth Leadership Conference in partnership with Dr. Diane Hill from Rutgers University –Newark Campus. Additionally they conduct various events throughout the year to educate the parents and youth on topics that are important to them such as Immigration and Financial Aid Workshops.

“We bring families together so they understand the important role they have in a young man’s life,” says Sara.

Sara’s goal now is to expand the work of the foundation statewide. 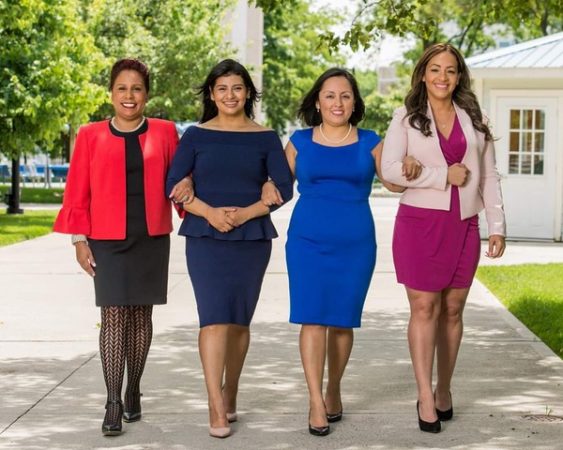 Throughout Sara’s years as a professional and community leader, she has learned many lessons about self-empowerment and success. For other Latinas who are looking to start a business or make a career change, she offers 5 tips to live by:

Overcoming your fears and getting started is noble, but the true tests of a fearless entrepreneur will be constant, from initiating a conversation at a networking event, severing ties with a partner who is causing harm to the venture, and perhaps failing. One who can fail miserably and not be scared to dust themselves off and try again and again until they are successful is truly fearless. This also applies to starting a career or restarting your next career change. 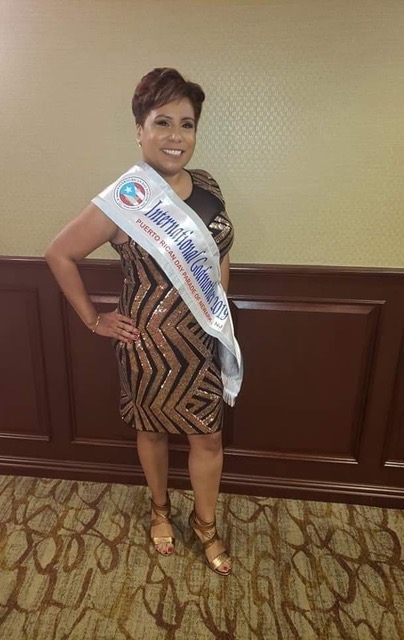 Learn how to make your money work for you. Get a coach! Attend a financial literacy workshop

Know your strengths and weaknesses and know who to put where in order to make your business a success. You should always seek out ways that work best for you to grow in different areas of one’s life. Whether it is personal or professional development in the end, it all comes full circle.

All types! (May also come in handy when you are looking for babysitters)

Love Yourself most of all! If you can’t look at yourself in the mirror and be happy with what you see, how can you market yourself/product into the success it should be. Stay healthy, exercise, yoga, mediate…..make the time. Put on a little lip gloss/red lipstick!

“You may encounter many defeats, but you must not be defeated. In fact, it may be necessary to encounter the defeats, so you can know who you are, what you can rise from, how you can still come out of it.”