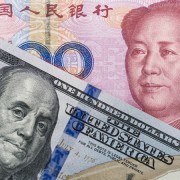 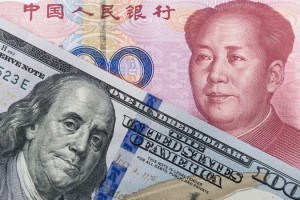 Markets worldwide fell in reaction to these dramatic plunges. On January 7 alone, Japan’s Nikkei 225 and Germany’s DAX both suffered selloffs of 2.3%. On the same day, the Dow Jones Industrial Average dropped below the 17,000 level and the S&P 500 closed below 2,000.1,2,3

While the Dow and S&P respectively lost 2.3% and 2.4% Thursday, the Nasdaq Composite lost 3% and actually corrected from its July record settlement of 5,218.86.3

Why is China’s stock market slipping? You can cite several reasons. You have the well-noted slowdown of the country’s manufacturing sector, its rocky credit markets, and the instability in its exchange rate. You have Chinese concerns about the slide in oil prices, heightened at the beginning of January by the erosion of diplomatic ties between Iran and Saudi Arabia. You have China’s neighbor, North Korea, proclaiming that its arsenal now includes the hydrogen bomb. Finally, you have a wave of small investors caught up in margin trading and playing the market “like visitors to the dog track,” as reporter Evan Osnos wrote in the New Yorker. More than 38 million new retail brokerage accounts opened in China in a three-month period in 2015, shortly after the Communist Party spurred households to invest in stocks. Less than 10 million new brokerage accounts had opened in China in all of 2014.1,4

In trying to calm its markets, China may have done more harm than good. Chinese officials spent more than $1 trillion in 2015 to try and reassure investors, and right now they have little to show for it. Interest rates have been lowered; the yuan has been devalued again and again. The government has also made two abrupt (and to some observers, questionable) moves.2

Last July, they barred all shareholders owning 5% or more of a company from selling their stock for six months. That ban was set to expire on January 8, and that deadline stirred up bearish sentiment in the market this week. The prohibition was just renewed, with modifications, for three more months.4 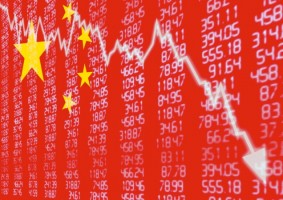 On January 4, the China Securities Regulatory Commission instituted a circuit-breaker rule that would pause trading for 15 minutes upon a 5% market dive and end the trading day when stocks slumped 7% or more. On January 7, the CSRC scrapped the rule amid criticism that it was being triggered too easily; Thursday ended up being the shortest trading day in the history of China’s stock market. In the view of Hao Hong, chief China strategist at Bocom International Holdings, the circuit-breaker rule clearly backfired: it produced a “magnet effect,” with selloffs accelerating and liquidity evaporating as prices approached the breaker.1,2

As Peking University HSBC Business School economics professor Christopher Balding commented to Quartz, the CSRC seems to lack sufficient understanding of “what markets are, how they work or how they are going to react.” Quite possibly, China will make further dramatic moves to try and reduce stock market volatility this month. Will U.S. stocks rally upon such measures? Possibly, possibly not.2

Wall Street is contending with other headwinds. The oversupply of oil continues: according to Yardeni Research, world crude oil output rose 2.4% in the 12 months ending in November to a new record of 95.2 million barrels a day.1

Additionally, the pace of American manufacturing is a worldwide concern. In December, the Institute for Supply Management’s manufacturing PMI showed sector contraction (a reading under 50) for a second straight month. Factory orders were down for a thirteenth consecutive month in November (the first time a streak of declines that long has occurred outside of a recession) and the November durable goods orders report also disappointed investors.1,5 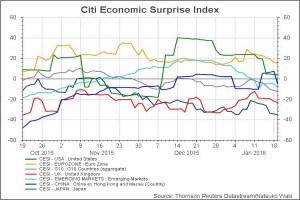 Citigroup maintains an Economic Surprise Index – a measure of the distance between analyst forecasts and actual numbers for various economic indicators. It just touched lows unseen since early last year, which is not a good sign as equities tend to react the most to surprises.1

If the Labor Department’s December employment report and the upcoming earnings season live up to expectations, stocks might recover from this descent even if China does little to stem the volatility in its market. The greater probability is that more market turmoil lies ahead. That short-term probability should not dissuade an investor from the long-run potential of stocks.

“Do you know how your money is invested?”

Do you remember the days when people assumed stocks would reliably return about 10% per year? Do you remember when “buy and hold” seemed like a reasonable market strategy?

As we found out recently, “buy and hold” can amount to little more than “buy and hope”. I feel that there is more than one way to manage a portfolio. Different times call for different tactics.

As a Financial Professional, I sometimes wish that I could ask people with a passion for investing two simple questions:

I think many people would answer “no” to both of these questions. Off the top of their heads, they would probably have only a rough idea of how their portfolios are allocated – and why.

Many investors do not have that kind of relationship, and when they get their quarterly statement after a particularly volatile period, they sometimes long for it.

Are you looking for a new approach?

Your investment strategy shouldn’t seem hazy – especially if you are at a point where you want to work less and gain more free time.

In a decade where the financial world has dramatically changed, your portfolio should not be built around yesterday’s investment management assumptions.

My firm can update your portfolio allocations and strategy for changing market conditions. This isn’t market timing, just a dynamic and realistic approach in a financial world where the weather is known to change. Sometimes you need to change with it, or risk seeing your net worth erode. Call me at 212-390-8918 Option 1 or email me at Aq@larreawealth.com. In these times, I think you’ll agree that a proactive approach is better than a reactive one.

This material was prepared by MarketingPro, Inc., and does not necessarily represent the views of the presenting party, nor their affiliates. This information has been derived from sources believed to be accurate. Please note – investing involves risk, and past performance is no guarantee of future results. The publisher is not engaged in rendering legal, accounting or other professional services. If assistance is needed, the reader is advised to engage the services of a competent professional. This information should not be construed as investment, tax or legal advice and may not be relied on for the purpose of avoiding any Federal tax penalty. This is neither a solicitation nor recommendation to purchase or sell any investment or insurance product or service, and should not be relied upon as such. All indices are unmanaged and are not illustrative of any particular investment.