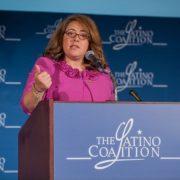 No matter the role or position VP of Government & Community Affairs at Herbalife and CHLI Board Member Angela Arboleda has held throughout her intense professional career, undoubtedly her dedication to the Latino community has been her first priority. 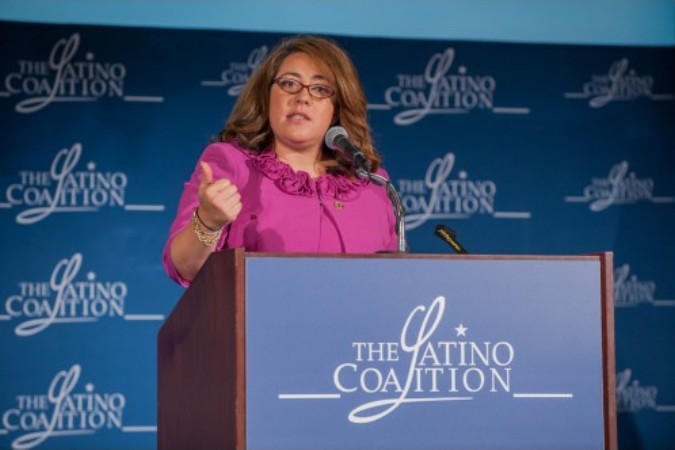 From being an activist in Latino organizations to becoming their advocate in government, and finally lobbying for a company that promotes a healthy lifestyle, Angela has always worked around her passion for defending the interests and well-being of Latinos. 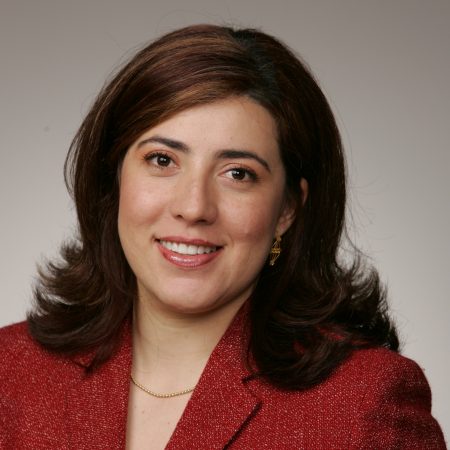 Angela Arboleda is no stranger to taking a stand for her beliefs. She belonged to a family that was involved in and familiar with humanitarian efforts –her father was an UNICEF officer who moved the family from Colombia to Mexico when Angela was 10 years old.

They lived in Mexico  for nine years to then relocate to Sierra Leone. She finally arrived in 1993 to the United States to be enrolled in a small junior high school in Connecticut.

“Although I am a Colombian by blood and birth , I feel a deep emotional connection with Mexico due to my upbringing there during my teen years,” Angela told LatinasinBusiness.us in an exclusive interview.

She then moved to Washington DC, a town she never left, graduating from the Elliot School of International Affairs at George Washington University in 1998.

“As an international student, I believed I was going to finish my studies and return home to apply there my acquired knowledge, but I made the US my home –I guess I was tired of being a ‘transported child’,” she shared.

During the summers, Angela found internship jobs at labor unions and later after graduating got her first jobs at the National Organization for Women (NOW) and the Feminist Majority Foundation where she was lead organizer for political and corporate campaigns, ballot initiatives and political rallies.

“I was raised by socially inclined parents who always helped the less fortunate,” she said. “I soon discovered I had a natural talent for organizing and working with people. However, I also noted that although these unions and activist organizations where trying to represent minorities, their higher-level positions continued to be mostly held by White men. Even in the feminist organizations, White women were still at the top. I kept asking myself, ‘Where are the Latinos?’”

Angela Arboleda the years of activism 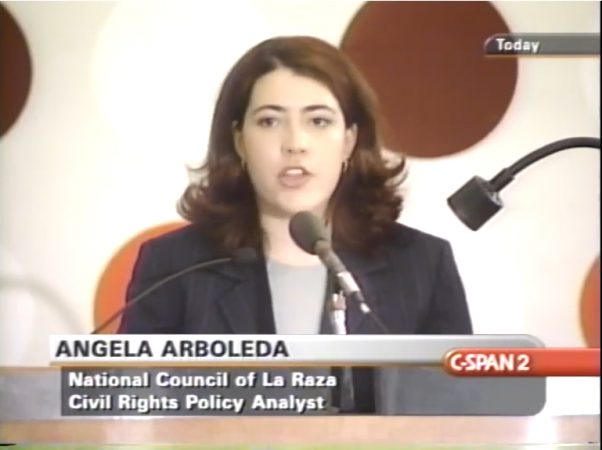 Angela proudly identifies, feels and lives as a Latina. “I am Latina and matters of equality are very important to me,” she stated.

In pursue of her activism, she joined the National Council of La Raza (NCLR) where she rose to be Director of the Civil Rights and Criminal Justice Policy. At the time, Raul Yzaguirre was the President of the civil rights organization.

“During that time, I had the opportunity to see closely the unique challenges Latinos faced in the criminal justice system. They might find many of the same burdens Whites and Blacks do when they enter the system. However, immigration status, language barriers and difficulties in understanding how to navigate the system are unique obstacles Latinos encounter, with little help from their families and their communities,” Angela explained.

Working in several publications, in 2004 Angela co-authored Lost Opportunities: the Reality of Latinos in the U.S. Criminal Justice System, the first book to focus on Latinos in the justice system.

Arboleda is grateful for her mentors’ guidance in researching the topic but also very proud that her early vision took a stand about a matter that continues to be one of the most important issues of our times. “I’m very proud that my work is still a huge contribution even after 16 years of being published,” she asserted.

Angela Arboleda and her advocacy years in Congress

While working at NCLR, this Latina leader and activist recognized the importance of working inside the system to help push a cause. Her actions did not go unnoticed. Through one of her mentors, she was introduced to the office of then Majority Leader Senator Harry Reid (D-NV). 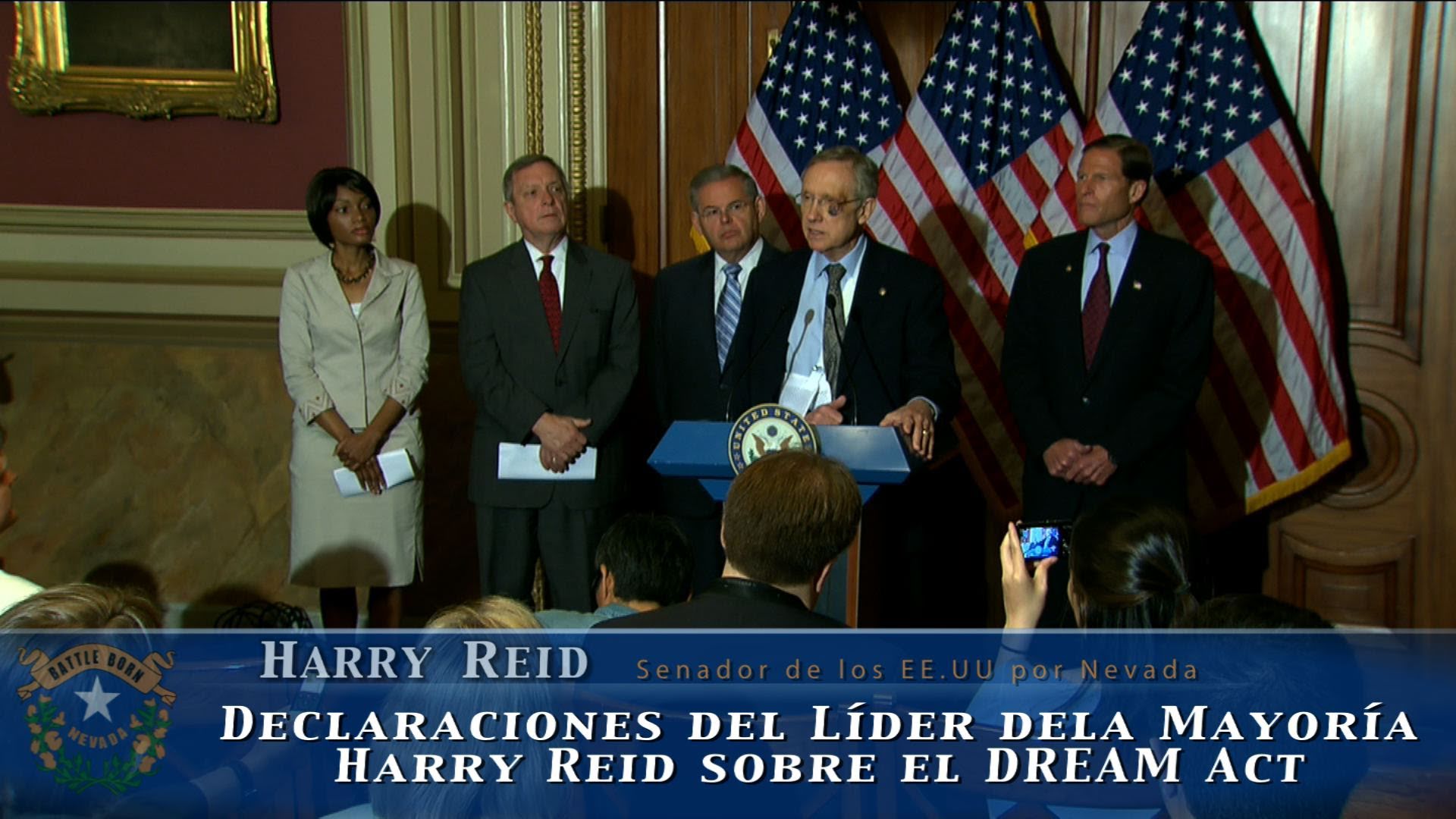 “They were looking for someone with experience and connections but also immersed in the Latino community. They realized I was not afraid of speaking up and I, on the other hand, realized, ‘I could totally work for this Senator!’,” Angela recalls.

But most importantly, the whole situation just worked out as a miracle. “I had received my green card the day before. I would have never had the opportunity to work for government without my residency,” she recalls.

As Senior Policy Advisor for Latino and Asian-American Affairs for the Office of Senate Majority Leader Harry Reid, Arboleda advocated around issues of immigration including the Senate approval of the Dream Act and economic policy. She also served as the Senate liaison to the Congressional Hispanic Caucus and the Congressional Asian Pacific American Caucus.

“I remember walking around the Capitol and thinking, ‘This is happening to me!’ I was just happy to be a small part of history,” she said.

Staying connected with the same organizations she used to work with on the ground –LULAC, NAA, NCLR and others–, she helped raise the political profile of Latinos during her seven years in the Senate. 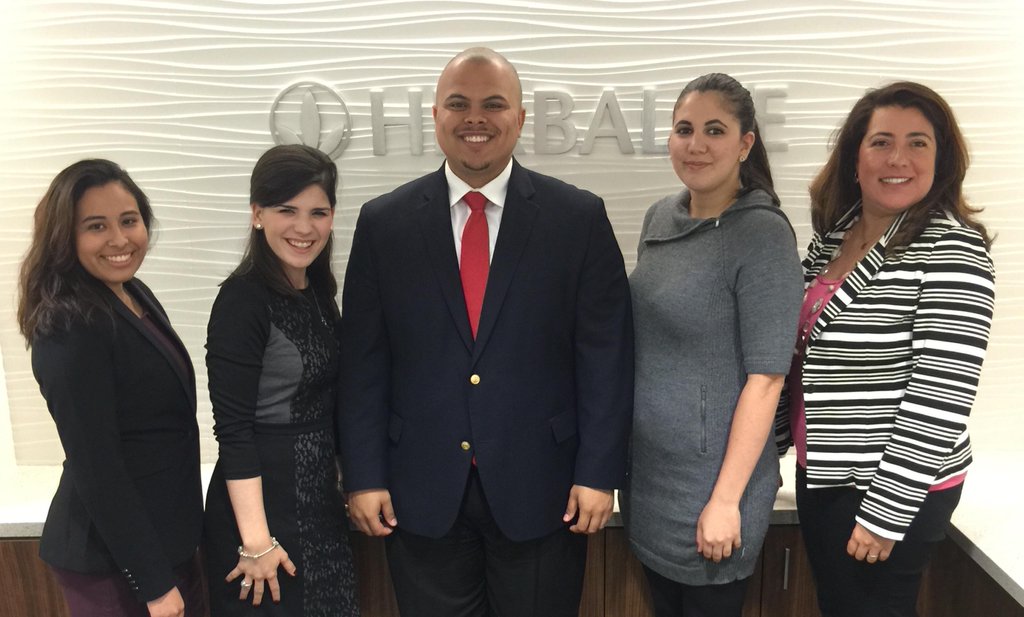 “In 2014, Herbalife was undergoing some challenging times and they were looking for someone with my background, connections and insertion in the Latino community. When I was offered the vice presidency of Government & Community Affairs at Herbalife, I had all sorts of negative reactions from friends and colleagues,” Angela recalls.

She looked at the company, what it stood for and the alleged claims against it. “I loved the concept of an amazing company that helped people to stay fit and healthy while offering those who wanted it, the opportunity to earn extra income,” she summed up.

As a mom of two and a woman on the constant go, Angela found in Herbalife products a healthy solution for her rush hours and frequent lack of time to cook balanced meals.

“I try to instill in my children the love for our culture, our food and our customs; but when we don’t have the time to bake ‘patacones’ or puree some fresh fruit, I’m fortunate to always have the healthy shakes and protein bars at my disposal. I also love the fact that the company makes an effort to offer local flavors in different countries, respecting local customs and beliefs,” she shared. 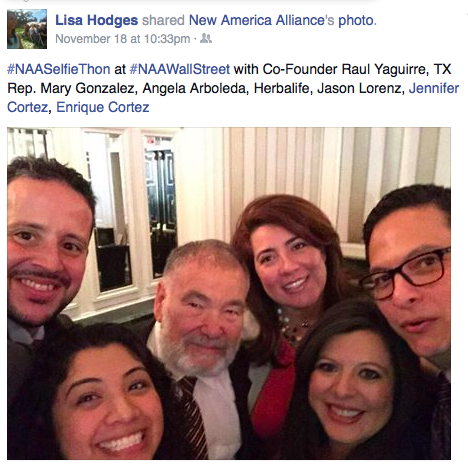 During her time working with Raul Yzaguirre at NCLR, Angela was exposed to the New America Alliance (NAA). “I had met Pilar  [Avila] then but when I was recruited by Herbalife, we were immediately connected. I began representing Herbalife at the NAA Wall Street Summit,” she said.

“Being a member of the American Latina Leadership Caucus is very important to me. It offers a support system that helps the young and up and coming Latina leaders learn from more seasoned and often glass ceiling breaking Latinas,” Angela explained.

The Caucus is an equalizer of opportunities to access circles of influence, C-suites and board openings, according to Arboleda.

“We need to see more Latinas and Latinos in higher positions. In my experience, people tend to recommend or provide opportunities to people belong to their same circles or who have common values. The Caucus is an excellent place to nurture and groom Latinas to gain access to those circles of influence and acquire the knowledge and experience their talent deserves,” she concluded.