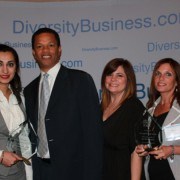 DiversityBusiness.com announced this month the list of “America’s Top 50 Organizations for Multicultural Business.” 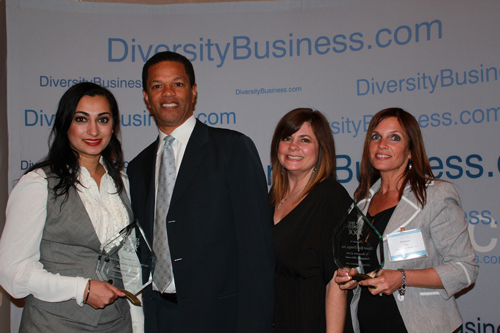 The annual “National Multicultural Business Conference” brings together people from all over the United States. (DiversityBusiness.com)

Over 1,500,000 diversity business owners participated in an online election to determine the “Top” fifty organizations. Wal-Mart Stores, Inc. was named the #1 company for providing business opportunities to diverse business owners throughout the United States.

The honor extends itself to another forty-nine major U.S. corporations which call themselves The Div50. This esteemed, elite list is coveted by the most successful companies in the United States and has become the most recognized and respected in the country. These companies truly differentiate themselves in the market place in a time when diversity is on the rise.

“The diversity practices of the Div50 has changed the course of economic inclusion and thereby the world as we know it”, said Kenton Clarke, CEO of DiversityBusiness.com. “The great diversity and vision of our country and our people have made this possible. DiversityBusiness.com is proud to have been a force in the business world for such positive change and opportunity. The initiative that we have led has been instrumental in equalizing the playing field and for that we are very honored indeed.”

The 16th annual list was produced by DiversityBusiness.com, the nation’s leading multicultural B2B online website for privately owned companies. Over 1,500,000 businesses were asked to answer 10 questions about diversity business in the marketplace.

Their answers were based on factors such as volume, consistency and quality business opportunities granted to women and minority-owned companies. Other large companies at the top of the list include IBM, AT&T, Northrop Grumman, Apple, Lockheed Martin, Toyota, Verizon, Microsoft, Kroger, Cisco, Time Warner and Raytheon.

Launched in 1999, DiversityBusiness is the largest organization of privately owned businesses throughout the United States that provide goods and services to Fortune 1000 companies, government agencies, and colleges and universities. DiversityBusiness provides research and data collection services for diversity including the “Top 50 Organizations for Multicultural Business Opportunities”, “Top 500 Diversity Owned Companies in America”, and others. 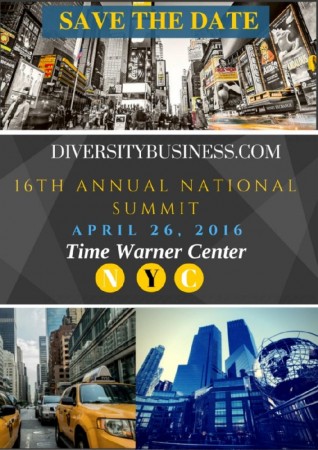 While other awards and “Top” lists crown companies for metrics such as overall economic growth and returns to shareholders, The Div50 is an indicator of which organizations provide the best and the most business for diversity-owned companies. “In a marketplace that is increasingly as sensitive to diversity as it is to revenues, awarding the top buyers of multicultural products and services is becoming a natural part of the new socioeconomic food chain.

Organizations that consistently buy the most products and services from diversity businesses, and that sustain the most mutually beneficial business relationships with their multicultural suppliers, should be recognized not only by the business community but also by the general public. That is what we have accomplished in creating The Div50.” said Kenton Clarke.

The business power of diversity

As multicultural and female-owned businesses gain more buying power and their lifestyles become more affluent, multicultural markets are growing in economic muscle. This in turn attracts more corporations, as they compete for market share. The Div50 list has therefore become the consumer guide for women and minority consumers.

“As a diversity business owner, I appreciate the business we receive from corporate buyers; and in turn, when I buy products and services, either personally or for my company, I am much more likely to buy from the same companies that support my business or are supporting businesses like mine,” said Kathy Steele, principle of Red Caffeine marketing + technology headquartered in Lombard, IL.

The Div50 is a listing of the top 50 corporate and organizational buyers of diversity products and services throughout the U.S. It represents the voice of over 1,500,000 diversity-owned (women, African-Americans, Hispanics, Asians, Native American, and other multicultural groups) businesses in the U.S., in sectors such as technology, manufacturing, food service and professional services. It has become the Gold Standard to its members and their associates and reaches millions of consumers every year. In fifteen years, it has become a highly valued metric of corporate excellence in the diversity space.

The winning companies will be honored during a special awards ceremony at DiversityBusiness.com’s “16th Annual National Summit”, taking place April 26, 2016 at the Time Warner Center in New York City.  See a complete list of winners.

— Crommett, A Nationally Recognized Industry Thought Leader and Champion for Equity, Opportunity & Representation, To Lead GALFA Board of Directors In Its Continued Mission to Advocate for Latino Film Creators & Communities. —
View More
Want more? Get LIBiz.us in your Inbox!