— Three recipients from California, New Mexico and Texas will receive $10,000 each —

The recipients are Frank Velásquez of Placitas, New Mexico, P. Antonio Márquez of Los Angeles, California, and Sharon Arteaga of Austin, Texas, all of whom are producing short films. The winners were selected from a list of 80 submissions from throughout the United States. Each grantee will receive $10,000 to help further their production. The grants will be awarded at a special reception in Los Angeles on Aug. 5.

“After 100 years of Hollywood deleting Mexican-Americans from American society, like we didn’t exist, MACEF is supporting these Mexican-American filmmakers who are working hard to improve the narrative that will change the Hollywood of tomorrow,” says MACEF President and Founder Dr. Jose Luis Ruiz. “These talented and visionary filmmakers will be the ones contributing to a more accurate, fair, diverse and rich portrayal of our people in movies and TV. They need to be empowered to tell their stories, our stories. We at MACEF, with contributions from community organizations and individuals, are putting our money where our mouth is.”

The Filmmaker and Television Grant is part of the two-year-old organization’s initiatives to educate the community about the real history and contributions of the Mexican-American culture and people to the U.S. The program is geared towards filmmakers needing funds to complete their short films, features or TV pilots before putting them on the market. Students working on their thesis films and television projects can also apply. The projects were selected based on the strength of the script, production value and viability. To qualify, projects needed to include at least one producer, writer, director or lead actor who identifies as Mexican-American or Chicano. Furthermore, selecting judges looked for culturally positive and non-stereotypical projects.

Velásquez’ selected short film, Borders is about a humble but somewhat jaded Mexican-American war veteran and his social worker who enlighten each other with their stories, art, work and different life experiences. “Winning the grant means so much to me,” Velásquez said. “But more than the money, years from now, I'll remember this as the first time I was validated as a writer/director by my own community in a major way.”

“I understand that being a filmmaker at this stage means having to apply and be rejected countless times,” Velasquez further explained. “But being a Mexican-American filmmaker means having to receive tons of problematic feedback along with those rejections, constantly wondering if I have to tone down my ‘Mexicaness’ to finally break through finalist rounds.”

Márquez’s ¡Baca the Kid! is based on the true story of a young New Mexican deputy sheriff from the late 1800s named Elfego Baca, who stood up to a mob of Anglo cowboys in a 33-hour-long siege. That shootout is known as the “longest gunfight in U.S. history,” according to the filmmaker.

“It feels tremendous to have donors and MACEF believe in my vision for this short film,” says Márquez. “I’ve wanted to tell a story about the New Mexican folk hero Elfego Baca since I was in high school and it feels surreal to finally be able to tell it.” He adds, “This is the 'make it or break it' base budget that I needed to get this film off the ground It feels great to have the support of MACEF to tell a story of empowerment about the Mexican-American people of New Mexico.”

The third grantee’s project is an 18-minute family adventure dramedy. In Arteaga’s In Tow, a mother and daughter wake up one day finding their mobile home is being repossessed with them still inside. Estranged with one another, the two women argue inside the rolling house and have to rethink their priorities and the meaning of home. “It's always a challenge to find that first person or entity that takes a chance on you as a filmmaker, regardless of how much work you've done,” says Arteaga. In Tow will be the Austin filmmaker’s fourth film.

All winning projects will premiere at the first annual MACEF Mexican-American Film & Television Festival to be held on May 15 and 16, 2022 at the historic Raleigh Studios in the heart of Hollywood.

For more information about MACEF and its filmmaker grant, scholarship program and other initiatives, visit https://www.mexicanamericancef.org.

JOIN OUR LATINA INNER CIRCLE and receive a FREE T-SHIRT! 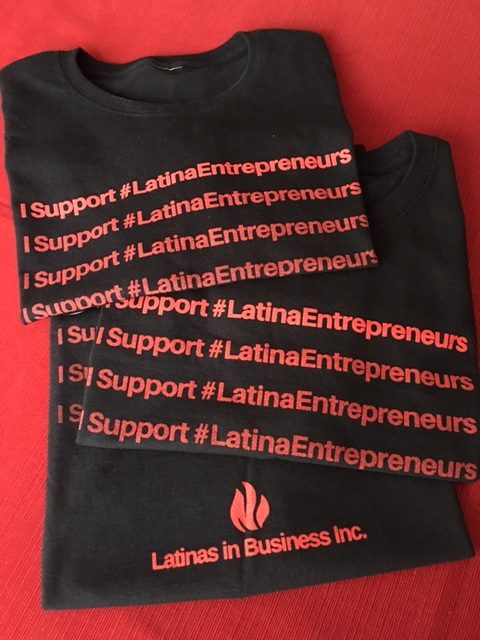 For Women's History Month, sign up for our annual membership and receive a FREE T-SHIRT!

— Three recipients from California, New Mexico and Texas will receive $10,000 each —
View More
Want more? Get LIBiz.us in your Inbox!