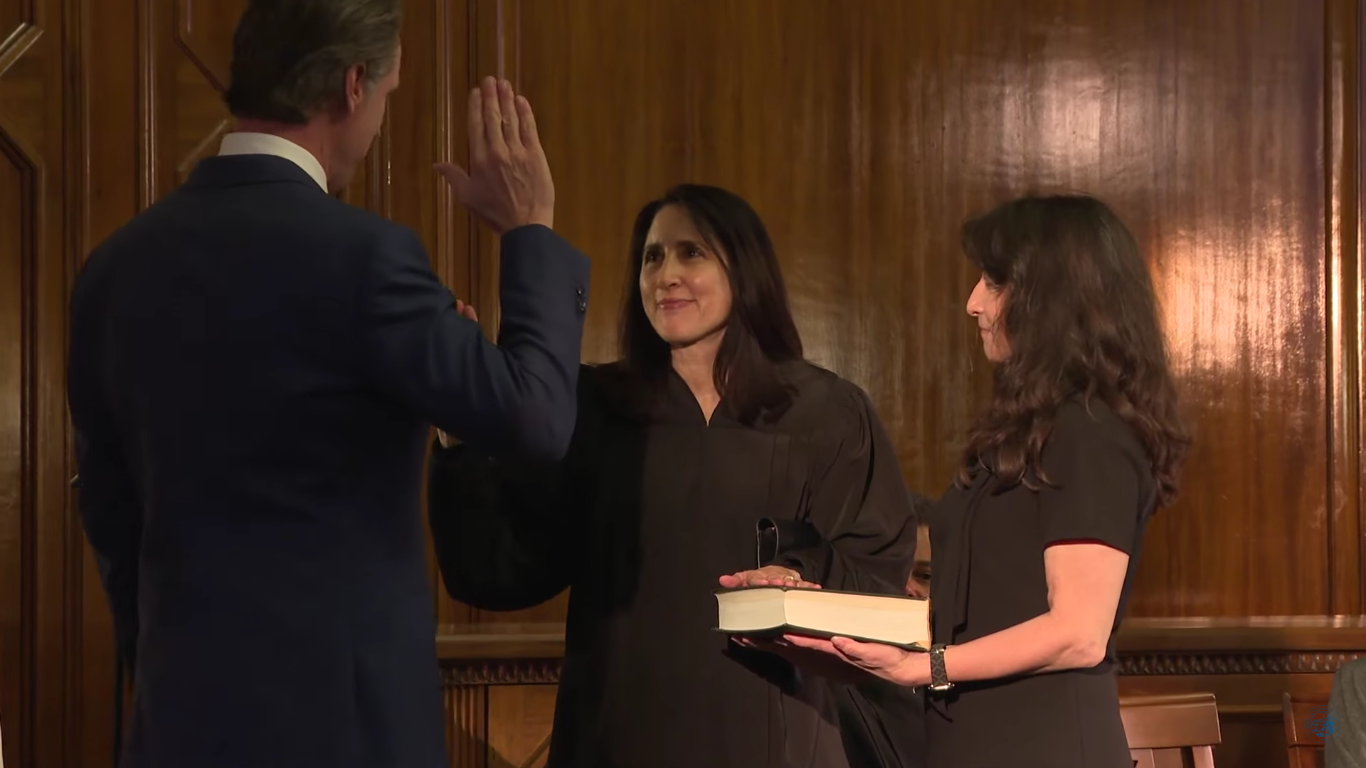 Chief Justice Patricia Guerrero took office Monday as the 29th Chief Justice of California. She is the first Latina and third woman to hold the office in state history.

Starting the year with such a fantastic historic first for Latinas will hopefully set the tone for the new year, a year where we hope to see continued progress and diversity in leadership, like the many firsts we saw in 2022.

“I am honored and privileged to serve as the 29th Chief Justice of this great state,” said Chief Justice Guerrero. “I look forward to protecting the rights of all Californians and ensuring equal access to justice. Just as I did not get here alone, I do not move forward alone, and I look forward to embarking on this exciting new journey with family, friends, and colleagues.”

Chief Justice Guerrero took the oath with her purse tucked under her arm—inside were her mother’s rosary, and a belt buckle from her father, a rodeo rider, a Supreme Court news release reported.

A native of the Imperial Valley raised by immigrant parents from Mexico, Chief Justice Guerrero began working in a grocery store at the age of 16 and graduated as co-valedictorian in high school. She continued working to help pay for her education while attending the University of California, Berkeley, where she was honored with an award given to the top two students in the Legal Studies major upon graduation in 1994. In 1997, she earned a Juris Doctor degree from Stanford Law School and received an award for excellence in legal writing.

Chief Justice Guerrero first joined the California Supreme Court as an associate justice in March 2022, making her the first Latina to serve on the state’s high court.

She was nominated to office by Governor Gavin Newsom in August 2022, unanimously confirmed by the Commission on Judicial Appointments the same month, and overwhelmingly approved by voters in the November 2022 general election. The California State Bar Judicial Nominees Evaluation Commission rated Chief Justice Guerrero as exceptionally well qualified for the position prior to her public confirmation hearing.

“This is a proud day for all Californians,” said Governor Newsom back in March 2022, in a news release posted to Hispanic Lifestyle. “A first-generation Californian and daughter of the Imperial Valley, Justice Guerrero’s extraordinary ascent to serve as the first Latina justice on our state’s highest court is not only an incredible personal achievement, it is an inspiring example of California’s enduring promise that any dream is possible, no matter who you are or where you come from. Justice Guerrero’s brilliance, integrity, work ethic and rich insights will make an invaluable contribution to the court. I’m confident that Justice Guerrero will continue her life’s work to uphold our fundamental rights and freedoms and advance equal justice and opportunity for all Californians.”

Watch the historic Latina first below!

Throughout her career, Chief Justice Guerrero has contributed many hours of pro bono work, including as a member of the Advisory Board of the Immigration Justice Project, to promote due process and access to justice at all levels of the immigration and appellate court system. She has assisted clients on a pro bono basis in immigration matters, including asylum applications and protecting vulnerable families by litigating compliance with fair housing laws. While a justice on the Fourth District Court of Appeal, Chief Justice Guerrero was chair of the State Bar’s Blue Ribbon Commission on the Future of the Bar Exam and chair of the Judicial Council of California Advisory Committee on Criminal Jury Instructions. Chief Justice Guerrero has also been active in the “Judges in the Classroom” civics program.

Fourth Appellate District Administrative Presiding Justice Judith McConnell, who spoke at Monday’s event, said, “I am confident that whatever new challenges may arise…Chief Justice Guerrero will meet them with grace and skill. She has strength from her family roots in the Imperial Valley, and the strong guidance of her parents and grandparents.”