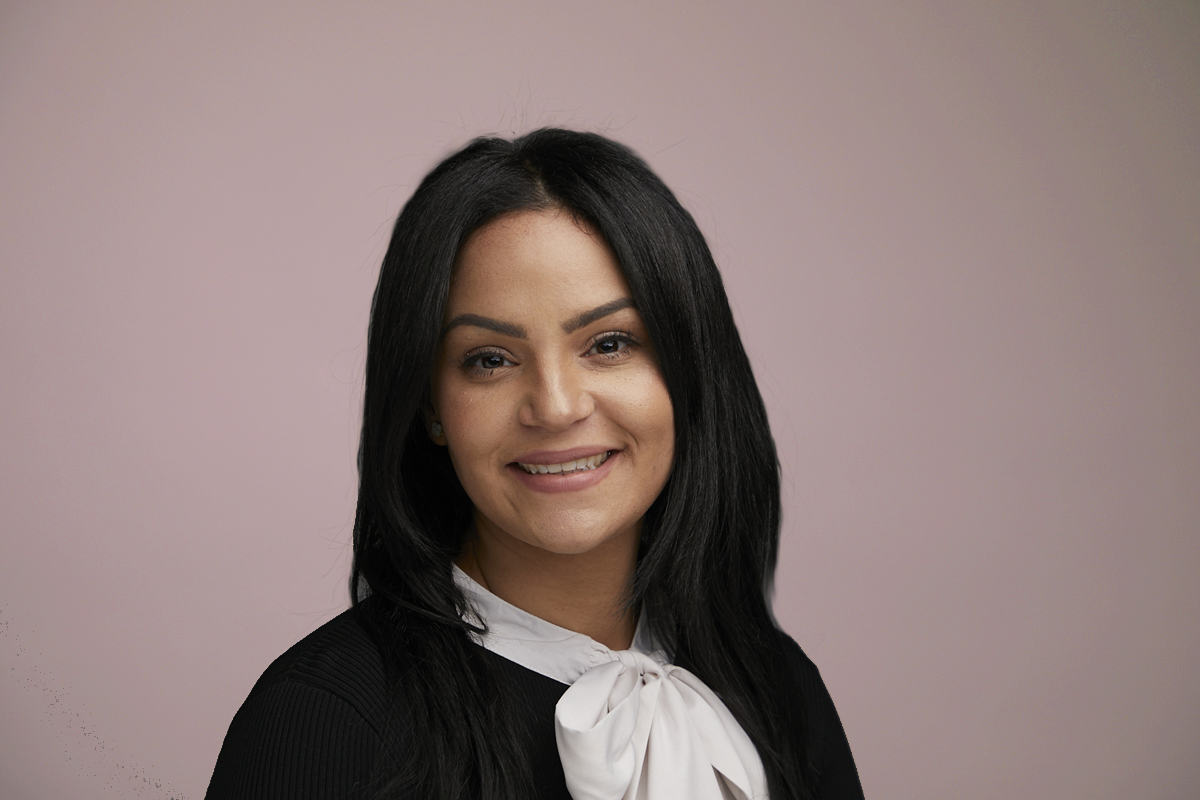 Meryoline Carbonara is a 37 year old second generation Dominican Latina, born and raised in Corona Queens, New York. She is a network engineer at Verizon and also the lead for the Northeast region’s Verizon Latinx ERG, SOMOS.

As a Latina engineer and daughter to immigrant parents, Meryoline has overcome obstacles and challenges to get to where she is today. Her success story is one built on years of hard work, determination, and a hunger for greatness.

Growing up in Corona Queens and raised by a single mom of four children, she had to work from a young age.

“A lot of people from our generation started working before the legal age of 16, and like many of them I too started working after school at a family friend’s business at only 12 years old,” she said.

By the time she was 16, she was working for an oncology center in Queens. She continued to work there full time throughout college and on weekends she worked part time as a children’s party entertainer.

While these jobs took away time from her studies, she gained invaluable work experience which would shape her future career path and goals. It was at her job at the oncology center that Meryoline met one of her biggest Latina mentors. Working under the leadership of one of the strongest Latina women she ever met, it was this Latina leader that would inspire Meryolne to become a leader herself.

“I never met a woman that looked like me in a position like hers, and I knew I wanted to be like her. I wanted to be a leader and make business decisions just like her. I wrote my college essay on her. I even called her, once we no longer worked together for guidance on my career path,” said Meryoline.

“Very recently she called to offer me a position just like the one she had when I dreamt of being like her, and thanks to the position I now have in Verizon, I was confident enough to turn her down, but in that moment I realized I had not only achieved my dream, but surpassed it.”

Achieving success as a Latina engineer

After graduating college, all those years of work experience paid off, giving Meryoline the upper hand in the workforce and helping her land her first job in the business as a sales associate in the FiOS Call Center.  Her ability to speak both English and Spanish also helped her build the necessary rapport with customers to gain more sales.

“I received numbers, accommodations, regards, and even trips for my excellence in sales, which I guess is why I stood in that position for so long even though I knew I was destined to be a business leader,” she said.

After a conversation with a work colleague, Meryoline began considering other positions and decided to make the shift to engineering.

Musing on her own experiences, Meryoline said, “Whenever the Hispanic parents are talking about a successful person, that person is either a doctora o ingeniera.

“When I realized how that would sound to my grandmother when I finally told her, “Lala, yo soy una ingeniera de Verizon.” Lala I am a Verizon engineer, I knew that’s the career path I needed to take next. I was able to tell her that before she passed.”

Meryoline went on to become a local field manager, managing over 23 field technicians in the Nassau Area of Long Island where she was one of two women working on the island and the only Hispanic female and the youngest in my garage.

“Those men were not happy to be reporting to a young Latina with the fire to prove she was worthy to beat all the odds and hold a position where no one else looked like me. I was determined to make a name for myself and create a culture that did not exist in that space. Through much adversity, I can happily report that I was able to attain productivity metrics that were never seen by that team before.”

That experience made her the leader she is today and opened new doors for her career in Engineering where she has received three awards for her excellence.

“I want to make sure that wherever she is, she knows that those late nights working in a food truck on her feet to put me through school was all worth it, and that I will continue to try and make her proud every day,” said Meryoline.

Stand out by embracing your Latina edge

Meryoline definitely believes being a minority and woman has given her an edge. She puts her all into every project, regardless of what it is and has a hunger for greatness that drives her to overachieve in all her endeavors.

“Every chance I get I name drop my grandmother, Mercedes. She taught me the power of never being too tired. She passed those genes down to my mother who then passed it to me.”

At the moment, Meryoline wears many hats. She is a mother, a wife, an engineer with two job functions, a lead for an ERG and a small business owner.

“I can proudly say I’m great at all of it! We have the superpower to do it all while making it all look easy. I am extremely hard working and have been since I was 12 years old, that’s the superpower I get from being Latina!”

What we’re reading: Healing Leadership: How to Lead, Love, and Thrive in Business and Life

To other Latinas or minority women looking to achieve success in their own careers, Meryoline’s advice is to lean into your identity as a minority.

“Gone are the days of codeswitching, where we had to acclimate or blend in to be successful. Use what makes you different from everyone else in the room as a way to stand out while creating a brand unique to who you are.”

Another key piece of advice is to evaluate and define what success looks like for you personally, and then wake up every morning and put in the hard work and determination to achieve those goals.

“Success is different to everyone. Think of the following words: Thought Leader, Recognition, A seat in the C-Suite, Wealth, and Fame. Arrange those words by importance and evaluate what is your idea of success. Working towards your number one objective will give you the edge to help you achieve your idea of success. ”