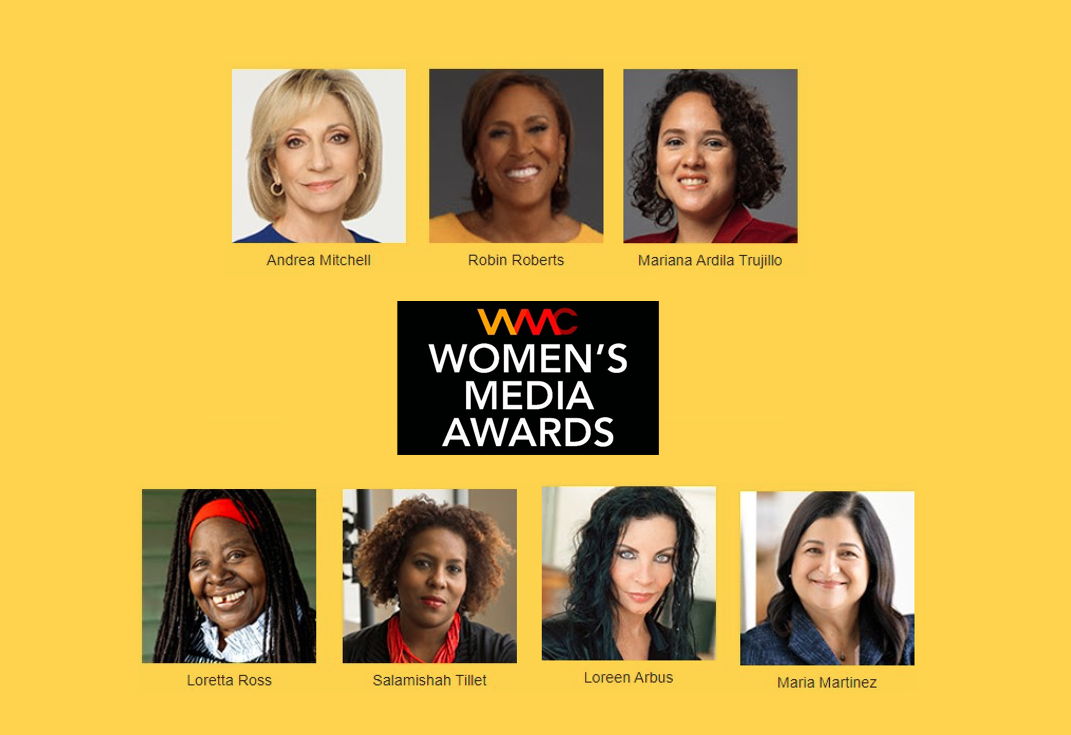 Jane Fonda, Robin Morgan, and Gloria Steinem — the Co-Founders of The WOMEN’S MEDIA CENTER — announce the honorees for the 2022 Women’s Media Awards, to be held on Thursday, November 17th, at the Mandarin Oriental in New York City.

The Women’s Media Center will open the Women’s Media Awards with a special WMC Solidarity Tribute to the Women’s Revolution in Iran. WMC Co-Founders, Jane Fonda, Robin Morgan, and Gloria Steinem will make statements that call on women everywhere to move in solidarity with Iranian women. WMC Co-Founder, Robin Morgan, notes in the statement, “This is the first contemporary women’s revolution, of consequence to the whole world.”

Proceeds from these awards support the work of the WOMEN’S MEDIA CENTER.

To buy tickets or for more information about the 2022 Women’s Media Awards and the ongoing work of the WOMEN’S MEDIA CENTER, go to: www.womensmediacenter.com.

About the WOMEN’S MEDIA CENTER (WMC):
Founded in 2005 by Jane Fonda, Robin Morgan, and Gloria Steinem, the WOMEN’S MEDIA CENTER is an inclusive feminist organization that works to make women visible and powerful in media. WMC trains women leaders to be effective in the media, does groundbreaking research and reporting on media inclusion and accuracy, and produces media style guides such as the book and website channel, Unspinning the Spin: The WOMEN’S MEDIA CENTER’s Guide to Fair and Accurate Language. We promote diverse women experts to journalists, bookers, and producers through WMC SheSource. Our publication, The Status of Women in U.S. Media Report, is now an industry standard on where women stand, and serves as a map that shows us where we need to go to achieve an inclusive, representative, and equal media and society. Our research findings have helped to prove the imbalance to the media industry itself, and the monumental importance of seeing and hearing and reading women in all our true diversity – as journalists, broadcasters, filmmakers, and authoritative sources.