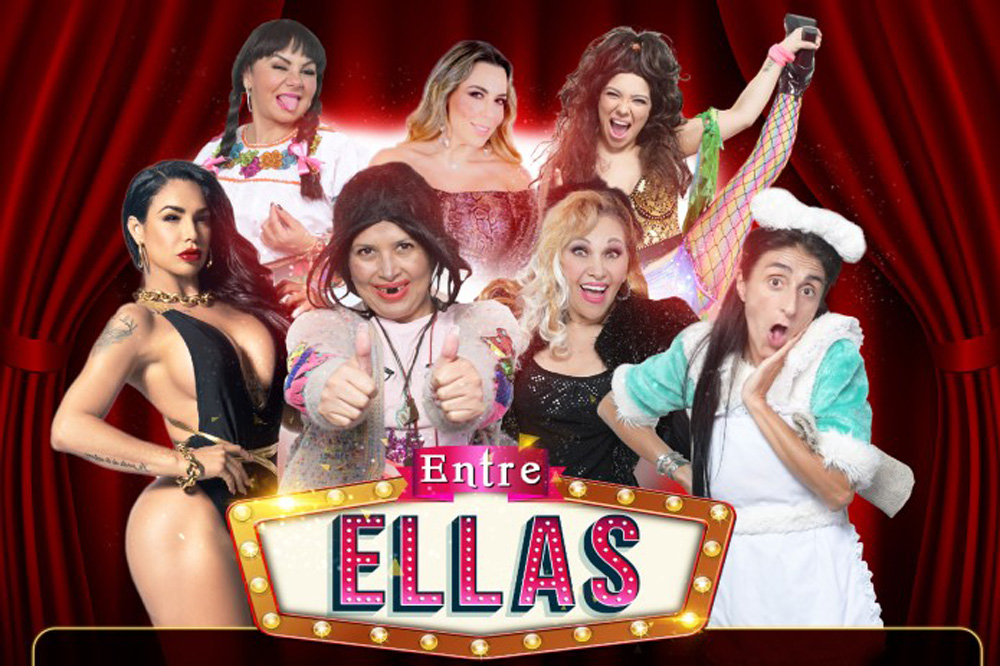 “En Vivo y Mas,” one of the most experienced and recognized Latin entertainment companies in the US. announced the Tour premiere of one’s the most popular comedy show in Mexico now in the United States, the comedy show “Entre Ellas” (Among Them) with a Super Starting cast with the best and always welcome Mexican comedians from City of Mexico. Liliana Arriaga “La chupitos”, Aida Pierce, Barbara Torres “Excelsa”, the unparalleled beauty and sexy Playboy’s Magazine model Lis Vega, Vanesa “La Vecina“ (The neighbor), Beatriz Salazar “Olgasana” (the idle) and the star from the Television show “El Retador” the impersonator Joseline Borraz.

Entre Ellas is a naughty and very funny comedy play composed of several monologues and sketches that focus on the funny, competitive, envious behavior and much more of women. With the best Mexican comedians, you will laugh out loud. This play brings together for the first time the comedians who have made a mark on the Spanish-speaking public.

With a daring and irreverent humor, beyond fun, Entre Ellas invites reflection, at times written with a depth and sensitivity unusual in women’s comedies and where the man is not the enemy to fight. For that reason makes the man laugh out loud at the entanglements of women, said Efren Carranza producer and media director.

Tickets on Sale now for this unique experience can be purchased at the usual places, www.ticketon.com, www.boletosexpress.com, and at www.envivoymas.com