Hispanic Halloween traditions around the world 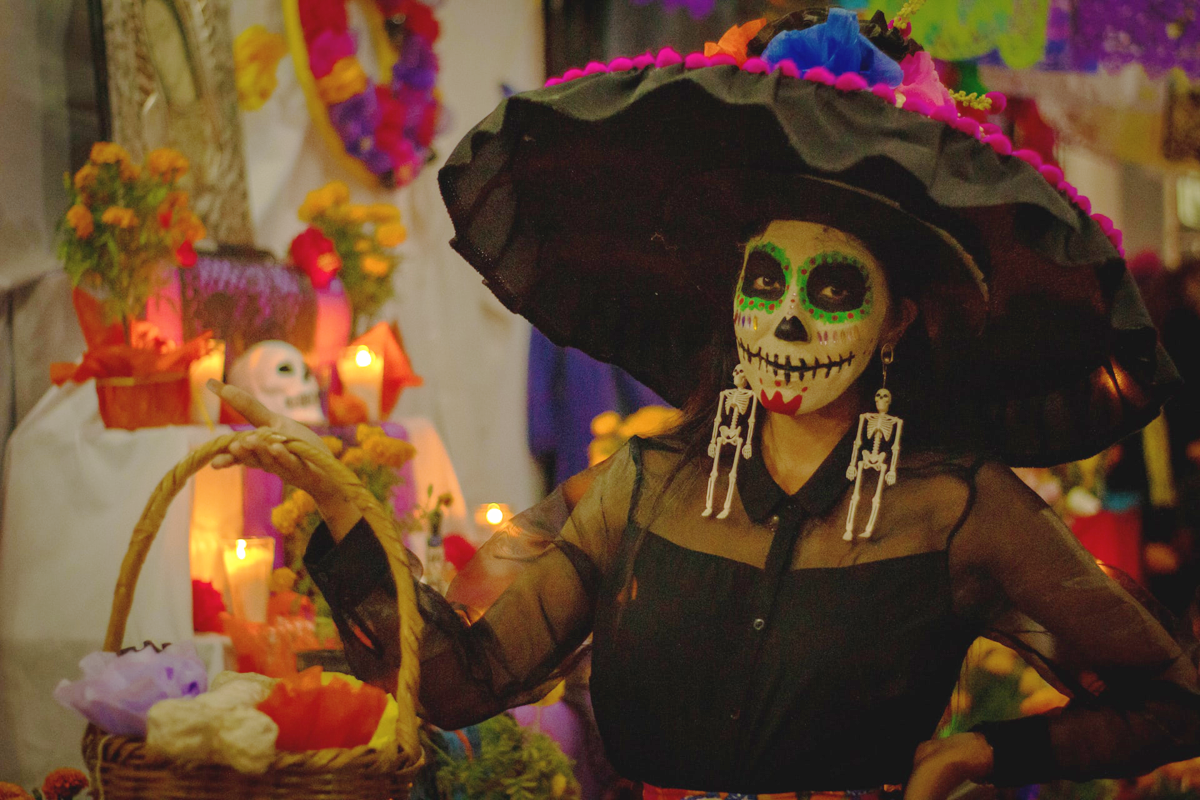 Hispanic Halloween traditions are often closely associated with the Day of the Dead celebrations as well as the Catholic holidays of All Saints Day and All Souls Day. However, these holidays are separate from Halloween, which originated as a Celtic holiday.

In Mexico you will find colorful skulls, music, dancing, stalls with traditional Dia de los Muertos foods, graveyard gatherings to remember the dead, ofrendas or altars in homes, and people dressed up with calaveras (skulls) painted on their faces for parades or celebrations.

In Peru, Halloween falls on the ‘’Día de la Canción Criolla’’ or The Day of the Creole Song, followed by the Day of the Death. The event celebrates the criollo culture of Peru and is known for its festivals, music, and dance, and food. During the holiday, many perform the traditional Marinera Dance, which is said to be the national dance of Peru.

At the center of the holiday is Criollan music, a genre that combines African, Spanish and other influences. The term “criolla” originally referred to the descendants of first settlers from Spain, but today Peruvians use it to refer to the people of the county’s coastal region. The Criollan music is paired with traditional dances such as the Marinera Dance, Polka, Festejo, and Tondero. If you’re celebrating Halloween in Peru, get ready to dance!

‘‘Ángeles somos’’ (Angels we are), is celebrated on November 1, in the coastal Colombian city of Cartagena de Indias. The celebration shares some similarities with Halloween where children go door-to-door and speak a phrase to ask for food. Instead of “trick-or-treat” and candy, children sing a traditional song, “Angels we are.” They go door-to-door asking neighbors for ingredients to prepare the traditional sancocho made from yucca, corn, potatoes, plantains, and chicken.

Through this tradition, children personify angels, bringing blessings in exchange for donations of food. This holiday teaches children the values of solidarity, community, and belonging.

In the northern region of Galicia, Halloween is celebrated more than in other regions thanks to Celtic influence which still remains in the region to this day. Halloween here is known as Noche de Calabazas or “Night of the Pumpkins.”

The holiday is known for traditions such as pumpkin-carving, bonfires, costume parties, traditional Galician pastries, drinks, and even some trick-or-treating nowadays.

One typical pastry of this holiday is Huesos de Santo or “Saint’s Bones,” made with egg yolks stuffed with marzipan. The Galician alcoholic drink, Queimada, is also a big Halloween tradition dating back to the 11th century. The drink is made with Galician aguardiente or “schnapps,” orange peels, lemon rind, sugar, and unground coffee beans. The drink is prepared within a pumpkin while reciting the esconjuro, a spell believed to ward off bad spirits. Some even light the drink on fire, which produces a bright blue flame!

Wherever you are in the world, there are sure to be interesting takes on the traditional Halloween. For Hispanic countries, many traditions center on remembering the dead, celebrating life, and upholding cultural traditions and regional customs. No matter where you go though, Hispanics are sure to celebrate with music, dance, spectacular parties and festivals, and tons of delicious food!