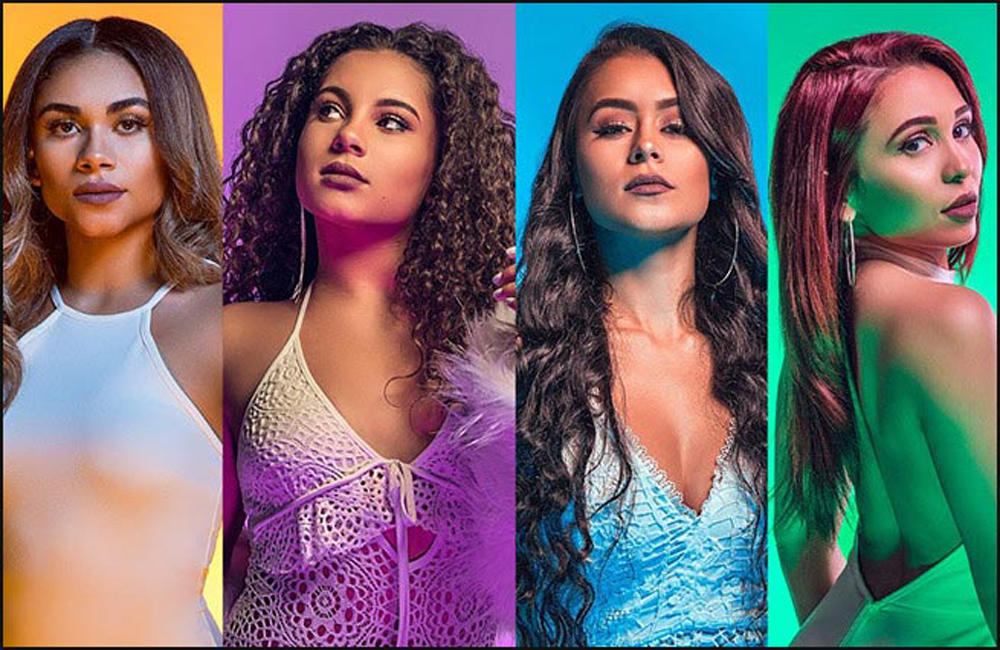 Tomorrow we celebrate International Music Day, and as part of Hispanic Heritage Month we want to shine a light on some Latina musicians.

International Music Day was first established in 1975 by the International Music Council, an associate organization of UNESCO. On this day, people celebrate music around the world by actively appreciating and enjoying the power of music in bringing people together.

Since the first International Music Day, over 150 countries across the globe have celebrated the power of music to unite societies, communities, and people. The day offers an occasion to celebrate music and contribute towards a more peaceful, joyful, and harmonious society.

Music is a big part of many cultures, especially Hispanic and Latin American cultures. These Latina musicians bring their cultural roots to their songs, celebrating and honoring generations of music traditions that came before them.

Check out some of these Latina musicians below this International Music Day!

Bella Dose is the world’s first bilingual Latin girl-group. All members sing, dance, and write in English and Spanish. Bella Dose keeps true to their roots through their catchy hooks and hypnotically danceable beats, boasting a unique mainstream appeal. The group is made up of four artists: Brianna Leah, an LA based singer-songwriter and dancer; Melany Rivera, a singer, dancer, actress, and model whose career started as early as 3 years old; Jenni Hernandez, a competitive dancer and model; and Thais Rodriguez, a singer, dancer, and actress who got her start singing professionally at age 10.

With nearly 2 million followers on TikTok, the girl-group was formed by American entrepreneur and CEO of International Hub Records, Vicky Curiel, who held auditions across the country to find talented young women to lead the group.

In an interview with Glamour, Melany Rivera said, “Being that we were all born in the United States, and all of our families are Latino, we found it extremely important to incorporate both languages in our music. Although we grew up in the U.S., we would always come home to a Spanish-speaking household with Latin food and Spanish music blasting from our radios. We feel that it’s crucial to appeal to both the domestic and Latin markets to connect with more people and connect with our fans.”

For more, check out their latest video and music on YouTube, Spotify, and more.

Martha Ivelisse Pesante Rodríguez, known professionally as Ivy Queen, is a Puerto Rican singer, rapper, songwriter, and actress. She is considered one of the pioneers of the reggaeton genre, commonly referred to as the Queen of Reggaeton. She began her career as a member of the all-male collective The Noise in San Juan, Puerto Rico.

About.com named Queen one of the ten most influential women in Latin music in the category Reggaeton/Hip-Hop while selecting Sentimiento as Queen’s best album. She was also named Queen the best Latina rapper of all time by Latina in 2013. In 2017, Queen was nominated to be inducted into the Latin Songwriters Hall of Fame.

Today, Ivy Queen is the host of the podcast “Loud”, a Spotify original podcast, where she talks about the history of reggaeton and features prominent Latin artists.

“For some people, reggaeton is just party music. But the real story of reggaeton is about la resistencia. Resistance,” Ivy Queen says in the first episode of her podcast. “About how kids who were young or poor, Black or dark-skinned — kids who were discriminated against in every way — how we refused to be quiet.”

Check out her music and podcast on Spotify and various platforms.

Colombian sister duo Las Villa rose to fame in 2019 with their mix of R&B, trap, and Latin pop.

Twin sisters Laura and Lucía Villa were raised in Bogotá, where they were schooled in music from a young age. Taking influence from acts like J Balvin, Bad Bunny, and Rosalía, they developed a Latin pop style that borrowed from R&B, trap, and reggaeton, and they built up a following through social media platforms. In 2019 the duo signed with Warner Music Latina, making a strong debut with “Nadita.” They were quickly met with streaming success and have built up a large following on social media.

In one of their latest singles, “La Carta”, the duo experiments with bachata, combining “traditional bachata rhythms with edgy urbano beats” as described by Billboard.

“We came to the studio with the idea that we wanted to do a bachata,” the duo said in a Billboard article. “It was clear to us that day that we wanted to do something different. The song ends up being about someone who changed from heaven to earth, overnight, and who you used to know and had a very strong bond with, and suddenly that person changes. Their tastes have changed, you don’t recognize them anymore, they now like fine and expensive things, and have completely turned their back on you and on all their values, changing all the fundamentals of life for superficial things.”

Check out their latest singles and more on Spotify and other streaming platforms.

Larissa de Macedo Machado, known professionally as Anitta, is a Brazilian singer, songwriter, actress, and dancer. She rose to national fame with the release of her single “Show das Poderosas” in 2013.

“Being an international artist is not only about being famous wherever you go, because the world is so big. It’s about being able to impact culturally different areas at the same time,” Anitta said in an interview with Billboard.
Listen to Anitta on Spotify and other streaming platforms.