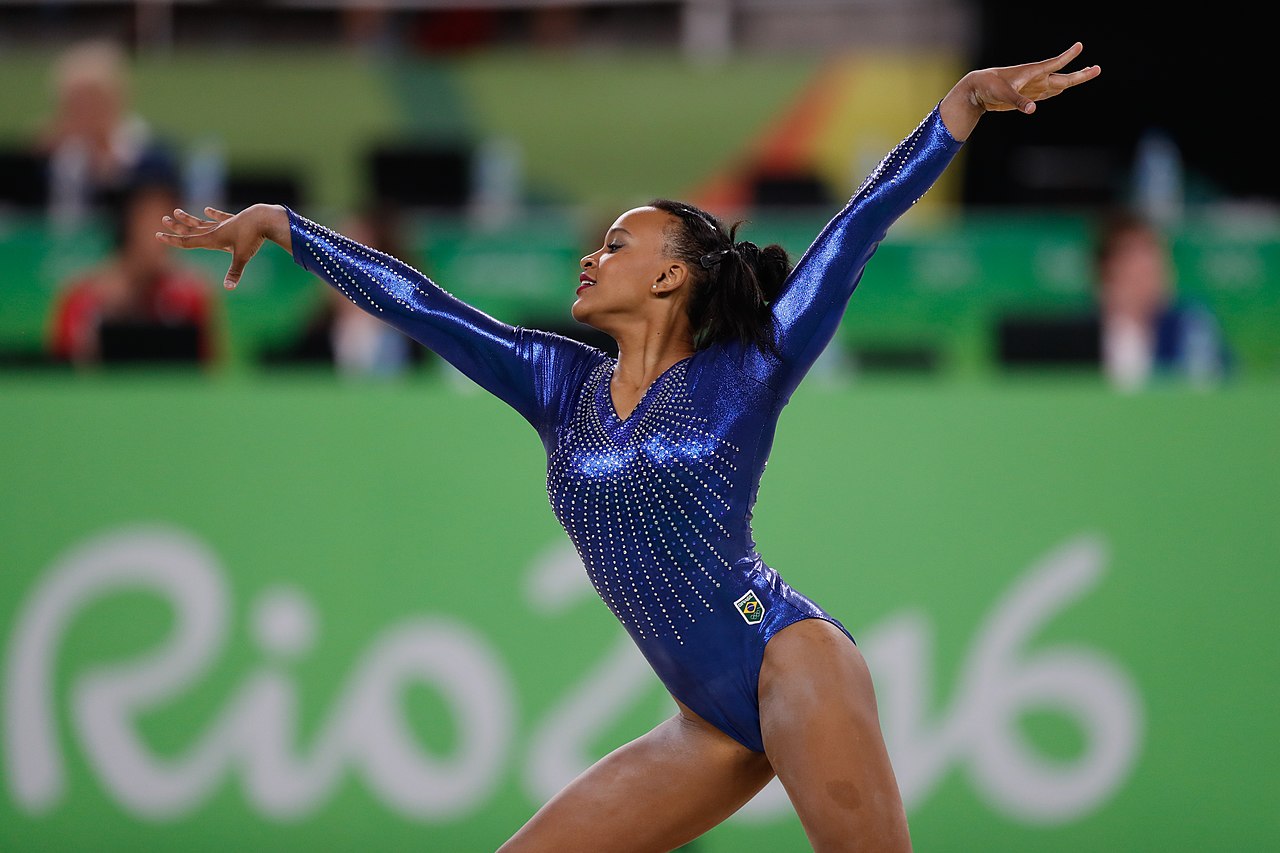 National Gymnastics Day is held annually on the third Saturday of September. This year it falls on September 17th. National Gymnastics Day is a fun reminder of different ways to integrate movement into our lives. It also encourages children to develop a love of the sport that could last a lifetime. For these Latina gymnasts, their passion for the sport started young and through hard work and dedication they each made it to the Olympics and set records.

She won silver on the balance beam and gold on the team event alongside fellow USA gymnasts, Simone Biles, Gabby Douglas, Aly Raisman, and Madison Kocian.

As a little girl training in New Jersey, she looked at her Puerto Rican parents, Wanda and Anthony Hernandez, and said: “Hey, like I want to go to the Olympics. I have all these crazy dreams.”

“I think being able to be a Hispanic gymnast—I definitely take it as a big responsibility to be a role model for all the younger girls that were watching,” she said in a 2017 interview with Hispanic Network. “I’ve had a lot of Hispanic families come up to me and say things like; ‘you know my daughter never thought she could try something new, but after seeing you she wants to start gymnastics.’”

Rebeca Andrade is the first Brazilian female gymnast to medal at an Olympic Games, and she is only the second Brazilian woman to win a gold medal at the World Artistic Gymnastics Championships. She also obtained the gold medal in vault with 15,083 points in the Tokyo Olympics in 2021.

Rebeca began gymnastics when she was four years old after her aunt took her to the gym where she worked. As one of eight children of a single mother, Rosa, her mother cleaned houses and walked to work in order to pay for Rebeca’s gymnastics training. When Rebeca was nine years old she moved to train in Curitiba, and a year later she moved to Rio de Janeiro to train at Flamengo.

“My favorite part is competing, because I love competing, and second is all the children asking to take a picture, saying that they started doing gymnastics because of us. And I think that’s really cool,” she said speaking to Olympics.com, “because I remember when I was little and I met Dá [Daiane dos Santos, the first Brazilian to win a world gold in gymnastics] and I also told her these things.

Alexa Moreno is the first Mexican Latina gymnast to medal at the World Artistic Gymnastics Championships in 2018 winning World bronze on vault. In 2020, she represented Mexico at the Summer Olympics and became only the second Mexican female gymnast to qualify for a final after Denisse López qualified for the vault final at the 2000 Olympic Games.

She began practicing gymnastics at the age of 3. “Getting into sports was my mum’s idea. She wanted me to get tired, because I was always jumping around and going to places I shouldn’t,” she told Olympics.com.

During the 2016 Rio Olympics, Alexa suffered abuse on social media from people who criticized her body and saying she did not fit the image of a traditional gymnast. However, she overcame this with her support system and focusing on her work.

“This is not only about competing, but also about leaving a mark, transcending my country’s sport. I hope I’m helping, in some way, to make it clear that Mexico exists in gymnastics. That those who come after are not complete strangers at first and that they give them the attention they deserve. There are high-level gymnasts in Latin America and I hope they feel motivated.”*This article contains affiliated links. If you use these links to buy an item, we may earn a small commission.