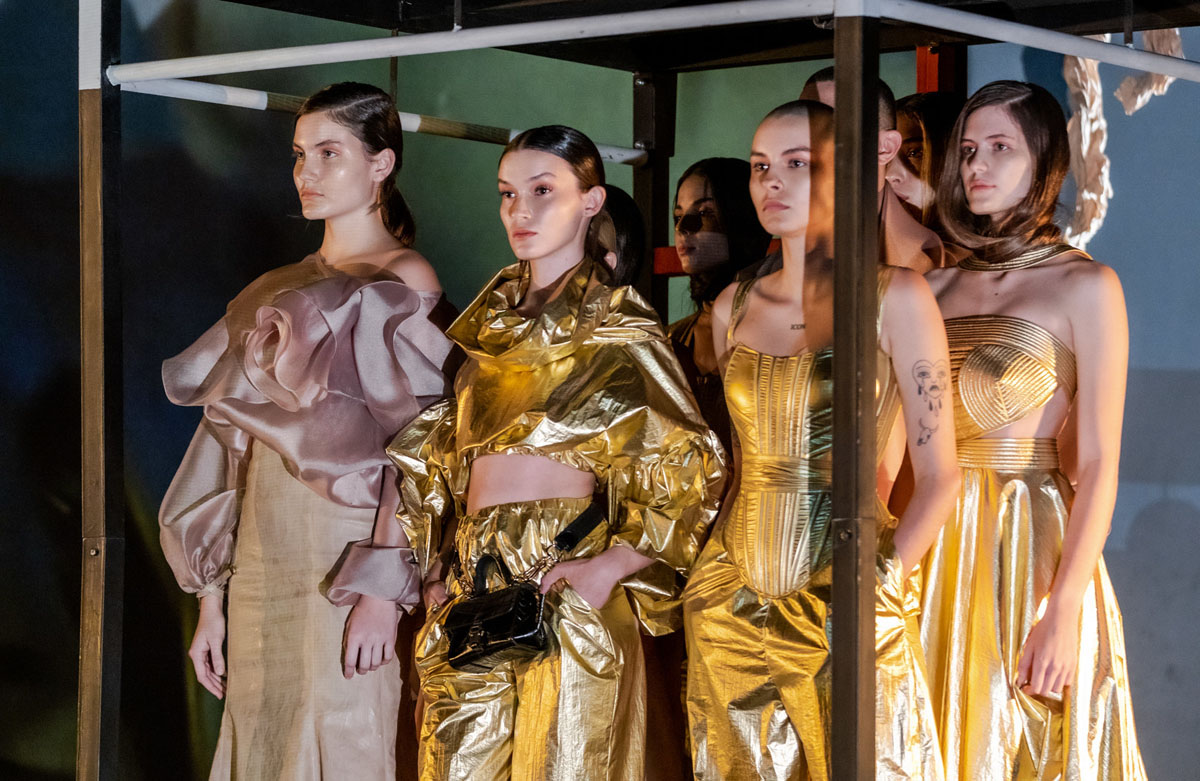 FDLA (Fashion Designers of Latina America) has become the signature multicultural fashion event of New York City. FDLA founded its development on providing exposure for established, emerging and upcoming clothing designers from around Latin America and around the world in an effort to extend meaningful fashion trade.

Accomplishing this has been an undertaking in nurturing opportunities for the publicity of international talents whose creative abilities are overflowing but financial resources are not. FDLA prides itself on continuing its work throughout the year to build bridges engaging community inclusion by leading events, social activities and diversity initiatives.

With the top-notch guest list and international media coverage, FDLA reaches a multitude of consumers and continues to grow each year and is fast becoming the place to be for socialites, celebrities and those seeking to discover the next big name in the fashion industry.

FDLA Shows during NYFW will take place September 12-14. The schedule for SS/2023 FDLA shows will take place at its brand-new official location STUDIO 525, a luxurious street-level event venue for extraordinary branding, storytelling and celebration with flexibility of a white box space and the warmth of authentic history details. Studio 525 is located in the center of the historic West Chelsea Highline Arts District in New York City.

“We believe the future of Fashion is LATAM! Now more than ever, consumers are choosing to support Latin America brands over big-box chains. There are millions of thriving fashion small businesses in Latin America and at MARCAS LATAM, we are empowering fashion designers’ entrepreneurs around Latin America to grow their business and chase their dreams,” said Albania Rosario President & CEO at FDLA Group Inc. & Marcas Latam.

“LATAM designers are an outstanding force in the world of fashion, and this new edition of FDLA will showcase must-follow brands and names from our region. I am honored to be witnessing the progress of FDLA, of the curatorial inclusive, diverse and sustainable approach they are following, and of the bright future ahead for the organization,” said FDLA honorary president Jose Forteza.

To reserve your seats visit www.fdla.co/access