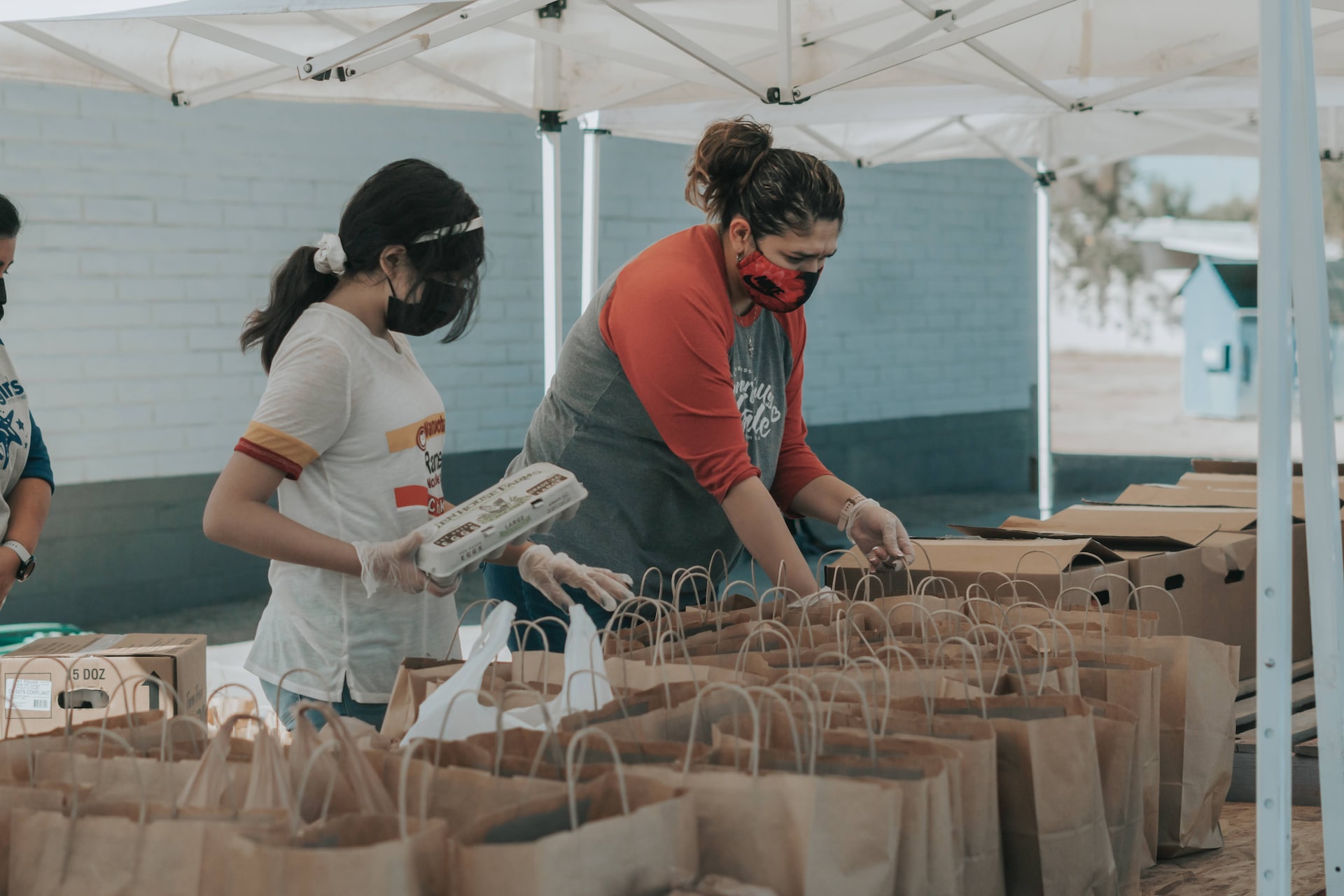 The first Friday of September marks National Food Bank Day, a day which brings awareness to the food insecurity crisis affecting communities across the country and globally. Hunger is one of world’s biggest health problems and women tend to face food insecurity at higher rates than men, according to data. Additionally, children under five are susceptible to starvation, and almost five million die of malnourishment. National Food Bank Day is a reminder to others that no one should go hungry.

In an article by The Conversation, republished below, researchers, Carol Richards and Rudolf Messner of Queensland University of Technology share data on the increasing global hunger crisis and how women bear the brunt of food insecurity around the world.

Recent UN data on food insecurity paints a bleak picture of a growing international problem: global hunger is not only growing but it disproportionately affects women. Similarly, the international humanitarian aid organisation, CARE, estimates that 150 million more women than men went hungry in 2021.

Despite gains in global food security since 2015, food security has gone backwards, with an increase of 150 million people experiencing hunger since 2019.

The UN reports that globally, 2.3 billion people were food insecure in 2021 with 276 million (12%) facing severe food insecurity. This rapid and sustained increase in hunger over a short time is highly concerning. So too, is the growing gender gap, with 32% of women compared to 27.5% of men going hungry.

Why are women more affected by food insecurity than men?

To answer this question, the global food system needs to be understood as a mirror of society. It reflects income inequalities and the uneven distribution of goods and services and, as such, is likely to show the same underlying structural inequalities as society at large.

Recently, the availability of food has been challenged by climate crises, conflicts, and disruptions due to the COVID-19 pandemic. At the same time, cost of living pressures have pushed the accessibility of food beyond the means of many people in both developed and developing countries.

The impact of other forms of inequality

Income disparities are also important to consider. Even when food is in abundance, with a few exceptions, it cannot be accessed without money. Accordingly, a bigger gender gap in income equality also means women have fewer means to purchase food.

The disadvantage of women has also been described in terms of their lack of agency to change their circumstances. In developing countries where subsistence farming is a key means of food provision, structural inequalities in land tenure and access to credit undermine women’s ability to generate income. Women make up 43% of the agricultural workforce, yet own less than 15% of land.

Improved women’s agency is strongly correlated with a reduction in poverty and has been recognized by the Higher Level Panel of Experts on Food Security as a critical dimension of food security.

Despite being the “lucky country,” Australia does not have a food security policy, nor does it collect the data necessary for an informed and targeted response.

In fact, the Department of Agriculture, Fisheries and Forestry argues that concerns about food security are “understandable, yet misplaced” because Australia “[…] produces substantially more food than it consumes.”

The narrative might work in terms of availability of food but overlooks key issues regarding its accessibility, including gender dimensions, the difference between individual, household and domestic food security, and the link between poverty and food insecurity.

Some of these data gaps have been filled by Food Bank, a food relief organization, that conducts annual surveys on food insecurity in Australia. Their recent data reveals 17% of Australian adults are “severely” food insecure. While the data is not segregated by gender, we can surmise a food insecurity gap if we use income as a proxy.

Indeed, the Australian parliament reports that women’s median weekly earnings were 25% lower than men’s in 2019, suggesting women may also have reduced access to food. We may also expect a “food security gap” with other marginalised groups such as the aged, people with disabilities, sole parents, and Indigenous populations.

Severe levels of food insecurity are currently increasing in all regions of the world, and women are faring worse than men. Gender inequality worldwide intensifies the lack of access to food for women.

Recognising that women’s food security cannot be separated from broader concerns of agency, policies must consider the specific issues of gender equality, women’s rights and empowerment.

To do this, governments must also institute funded, systematic data collection, segregated by gender. Improved knowledge and transparency is central to policies aiming to strengthen women’s agency, lift women out of poverty and ensure the food security gender gap does not widen.

To take action on National Food Bank Day and beyond, you can support your local food banks through donations and volunteering. Continue to advocate and raise awareness about the food insecurity crisis and support organizations and legislation working to eliminate hunger worldwide.