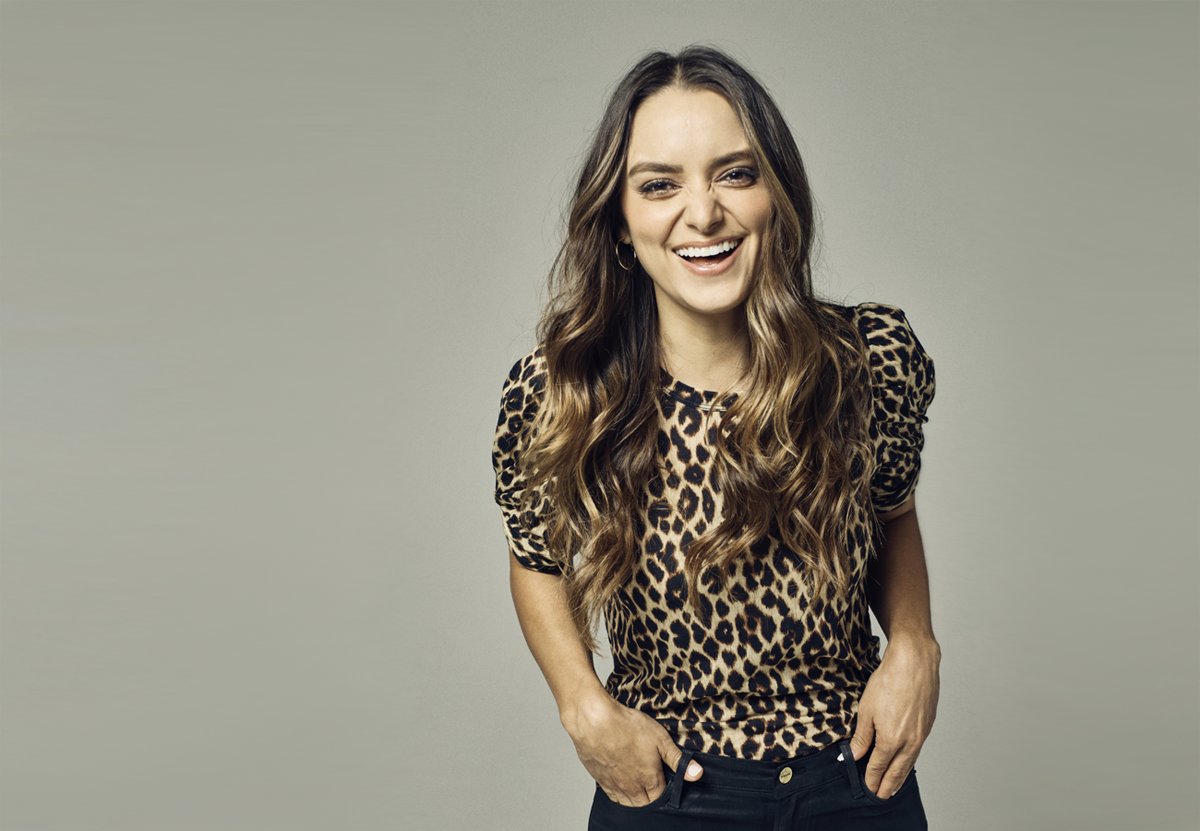 Minority women face greater pressures in the workplace to not only fit into gendered boxes but also rigid traditional standards set by predominantly white male leaders.

In a study by the Center for Women Policy Studies, 21% of women of color said they did not feel they were free to be “themselves at work.” Another  study found that 53% of Latinas reported that their workplace personas were defined by conforming to traditionally male standards.

Paola Santana is a lawyer, public procurement expert, and Latina tech entrepreneur, creating the next breakthrough in government systems.

She’s the founder and CEO of Social Glass, a government software ecosystem using artificial intelligence and exponential technologies to digitize, streamline, and scale public procurement systems and processes, and enable better decision-making in the public sector across the United States and Latin America.

Traditionally, male-dominated industries and occupations are particularly vulnerable to reinforcing harmful stereotypes and creating unfavorable environments that make it even more difficult for women to excel. Despite these struggles, Paola was able to overcome those stereotypes and achieve success as a Latina entrepreneur in the tech industry.

“It’s very hard to see where you can get when you don’t see someone like you doing those things,” Paola says.

One recurring struggle is that many women are not given credit for their work or given the appropriate titles. Many times women themselves will underplay their roles and their value in male-dominated industries.

“Every woman that is running anything is just like, ‘Oh, this is my side business.’ No, you’re the CEO of that business. That’s number one,” says Paola. “So to every woman out there that doesn’t feel like they’re running something, just own your title. You are the CEO of that thing that you’re running day to day, whether that’s a project internally in a big corporation, or that’s your own business.”

At the age of 22, Brittney Castro began her career as a financial advisor straight out of college and by 28 launched her own business. Over those 15 years, she worked with thousands of clients on their financial journeys. Today, she focuses full time on speaking, content creation, brand partnerships, and coaching services to help other financial advisors do what she did and grow their businesses online.

However, being a young woman in finances and growing a business in a male-dominated industry came with its share of struggles.

When she began her career in finance she faced pressures to change herself and downplay her feminine side. Navigating her space in this male-dominated industry was difficult as a recent college graduate.

“When I was just starting I would try to look like a man more. I would wear all black, I remember I’d put my hair so tight and a bun just so people would take me seriously. And it made me sick health wise, I was just always rundown and sick because I was trying to imitate someone else, instead of just being me, a woman in finance and leveraging my feminine power and strengths,” says Brittney.

After a mindset shift, Brittney began to fully embrace her femininity and focus specifically on helping women in finance. Her confidence soon grew and the success started to come now that she felt like she didn’t have to be anybody other than herself.

“Now, I just think it’s so beautiful to be a woman in finance, like, do it my own way, create my business my own way.”

Hilda Mera is the co-founder and CEO of S&A Auto Repair, a family-owned business located in Newark, New Jersey providing honest and professional auto service in the areas of mechanical, electrical, and diagnosis.

For Hilda, being a woman in the auto industry, an industry that has traditionally been dominated by men, has been a big challenge. However, this challenge has also become one of her greatest strengths driving her toward success.

Knowledge is power, especially in industries where women are underrepresented. Women are often made to feel inferior or lacking knowledge about certain topics that have traditionally been seen as “male” areas of expertise. Women in these industries can gain confidence and find success by asserting their knowledge in these spaces.

For women looking to start their own business or advance in their field, Hilda recommends gathering the necessary knowledge first, then go for it and take every opportunity given.

“We are strong and smart enough to accomplish anything we want in this life. We are capable of overcoming any obstacle, because the only limit is oneself.”