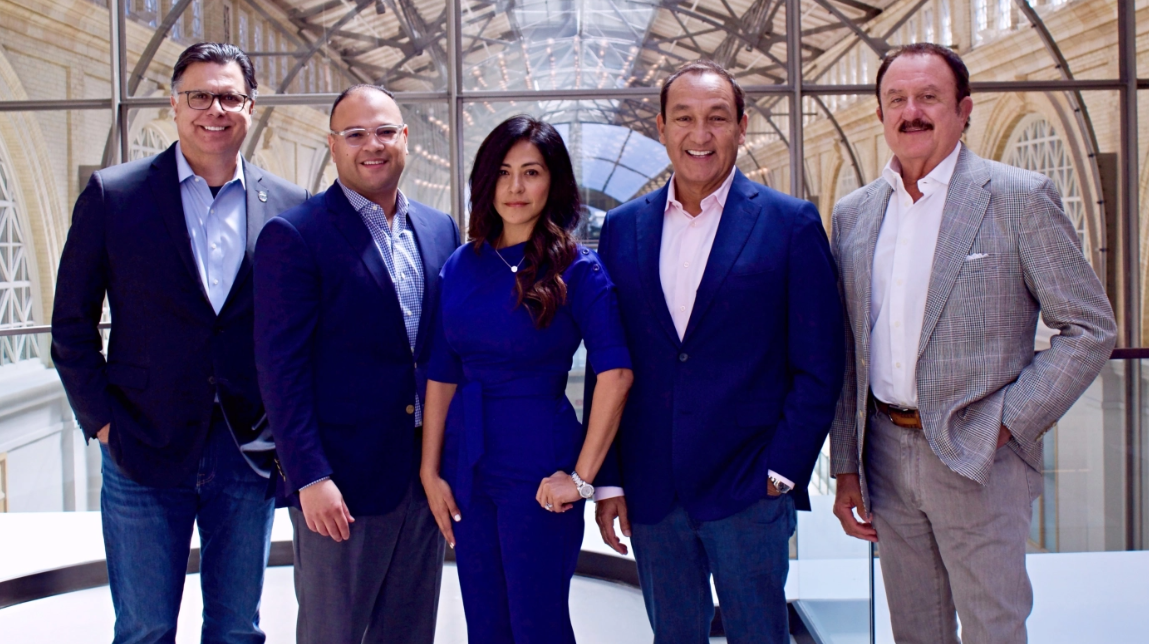 L’ATTITUDE Ventures has closed its first institutional fund, raising over $100 million through a strategic anchor investment by JPMorgan Chase and initial investments from Trujillo Group and Bank of America. The fund will specifically help back Latino and Latina founders and business owners.

L’ATTITUDE Ventures is a purpose-driven venture capital firm on a mission to transform the VC ecosystem for the New Mainstream Economy, driven by the Latina and Latino growth cohort.

“Latino-led businesses are critical to the U.S. economy but often lack access to capital and resources for growth,” said Jamie Dimon, Chairman and CEO of JPMorgan Chase. “Our investment in L’ATTITUDE Ventures builds on our broader commitment to support U.S. Latino entrepreneurs and small businesses across the country.”

The newly completed fund presents a one-of-a-kind opportunity to make investments in the most under-invested and under-catalyzed demographic with tremendous existing and future growth.

“This rising generation of Latino Americans represents the single biggest market since the baby boomer generation, with a GDP output greater than most developed nations’ entire economies,” said Oscar Munoz, former United Airlines CEO and Chairman, and General Partner of L’ATTITUDE Ventures. “There has never been a better moment to capitalize on and contribute to the rapid growth of Latino and Latina-owned companies, and L’ATTITUDE Ventures is undoubtedly the best vehicle for investors, large and small, to become part of that success story.”

Latinos are the most entrepreneurial yet undercapitalized growth cohort in the U.S.: they are the equivalent of the seventh-largest economy in the world, right here within our borders. Their total economic output in 2019 was $2.7 trillion—having generated $1 trillion of incremental GDP between 2010 and 2019—yet receive less than 1% of all invested capital by private equity and venture capital, according to the 2021 Bain Capital Study Report.

Nearly $1.5 trillion of economic value would be unlocked if U.S. Latino-owned businesses achieved growth parity with non-Latino-owned businesses. These businesses do not achieve the size and scale of non-Latinos because of a lack of capital, especially equity capital. Thus, it is vital for investors to pay attention to the U.S. Latino community, since it has become the largest, most prodigious cohort in the country.

“Investing in these entrepreneurs, who have not traditionally had equal access to capital funding, provides investors entrée into the companies that are shaping what we describe as ‘The New Mainstream Economy,’” said Sol Trujillo, L’ATTITUDE Ventures Founder and General Partner. “Latino and Latina-owned companies enjoy a built-in relationship with a rising generation of young U.S. Latino consumers; investing in their early growth promises strong returns on investment for the next 30-40 years at a minimum.”

As the creators of the majority of net new businesses, Latino entrepreneurs are playing an increasingly pivotal role in creating new companies and jobs, while enabling wealth creation to broaden the labor base.

“Providing capital is another way we’re helping to advance economic opportunities, drive innovation, and further create wealth among Hispanic-Latino entrepreneurs, who are already a significant source of economic growth across the country. L’ATTITUDE Ventures is uniquely positioned to support these goals,” added Moynihan.

L’ATTITUDE Ventures provides several layers of assistance to U.S. Latino and Latina-owned businesses. The first is through creating visibility for those companies in which L’ATTITUDE has invested. The second layer is derived through mentoring: L’ATTITUDE Ventures provides global operating and leadership experience, including two former Fortune 150 CEOs as GPs, to founders at critical stages of scale. The third is with connections, as the L’ATTITUDE partners can provide unique connections to companies and distribution channels for founders to grow their companies by shortening cycle time to companies, thus shortening customer acquisition and distribution cycles.

The L’ATTITUDE Conference, held each September, creates a forum for founders to compete for up to $20 million of capital that L’ATTITUDE Ventures will invest during the cycle. In addition, the competition is a platform for startups to pitch other vetted potential investors.

The conference is the premier business event centered on showcasing the value of U.S. Latinos in today’s New Mainstream Economy, featuring them as the key growth element in business, entertainment media, news media, politics, and sports. The fund will create known and visible access for Latino-founded early-stage companies through the conference and other events planned in the near future.

Improve your financial literacy with educational titles on Audible today!

Trujillo—who has served as CEO of three large market-cap global companies—explained: “What we are doing here isn’t just ensuring the success of Latino and Latina-owned businesses. This is a smart economic strategy that we know will absolutely help the U.S. economy remain competitive not only now but for the rest of this century, while creating wealth for a broader base of Americans.”