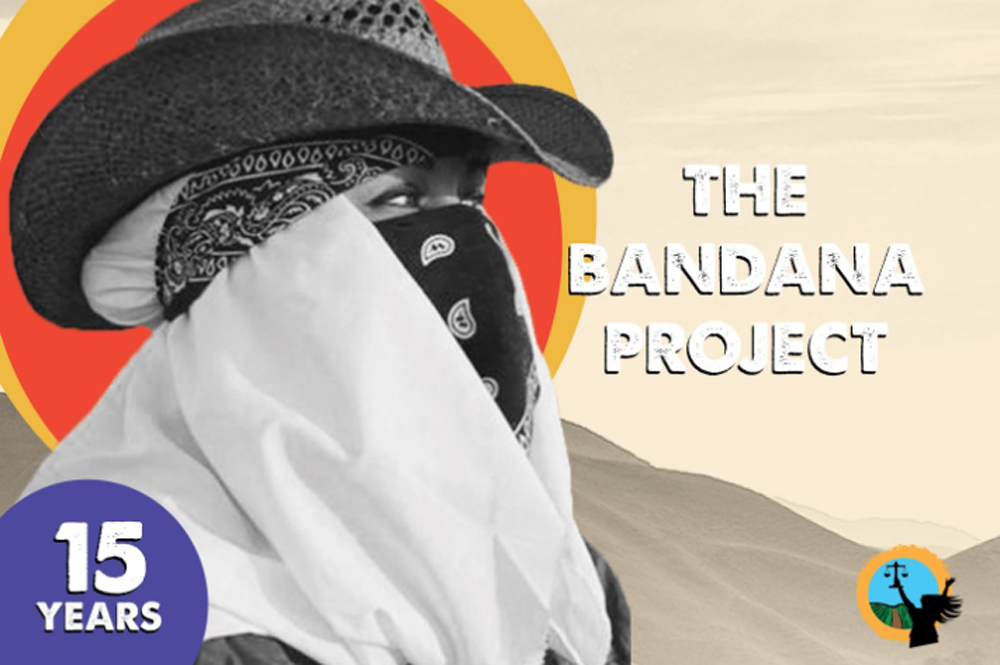 Migrant workers play a vital role in our communities and their work is vital to our economy. Still, many migrant workers face discrimination, safety and health hazards, and lower-wages, and risk of violence and assault.

One study on immigrant women in the workforce found that “one-third of immigrant mothers are the primary breadwinners for their families either as single working mothers or as married women who earn as much or more than their husbands.”

An estimated 128,000 immigrant women are agricultural workers, many of whom have continued this work with minimal access to workplace protections and PPE.

According to an article by Cultural Survival, migrant women risk ill health more than non-migrants of comparable age and background due to “low income, poor occupational safety and health conditions, poor diet, unfamiliarity with health services, and stresses generated by living in a strange and sometimes hostile environment.”

“While they sleep, wash, bathe or dress in emergency shelters, tents or camps, the risk of sexual violence is a tragic reality of their lives as migrants or refugees,” said Michelle Bachelet, UN High Commissioner for Human Rights.

“Despite their vital role in rural economies, women and girls who live in rural areas are often doubly affected by discrimination, exploitation, and gender-based violence,” said Rajib Ghosal, Regional Senior Technical Advisor, Climate Change and Child Poverty focal Point for Asia-Pacific for Save the Children. “The environmental crisis aggravates pre-existing patterns of discrimination and violence against women and girls.”

Justice for Migrant Women is a 501(c)(3) independent non-profit founded by activist, social entrepreneur, and attorney, Mónica Ramirez, that works to amplify the voices of migrant women and the struggles they face in their personal and work lives and create space for them when so many of them are silenced.

Through public awareness and educational campaigns, art activism, and strategic media initiatives, Justice for Migrant Women is bringing the issues and struggles of migrant women to the forefront of national conversation.

A post shared by Justice for Migrant Women (@mujerxsrising)

Justice for Migrant Women has been engaged in educating lawmakers and other officials globally and throughout the U.S. about some of the issues that prevent migrant women from reaching their full potential and, even worse, pose a threat to their safety and security.

Among these, they have spent significant time educating decision-makers about the widespread gender-based violence against migrant women at work, in their homes and in migration.

Get involved with Justice for Migrant Women

“A valuable lesson that I have learned from the community is that staying the course is important but so is remembering that sometimes we need friends, family and allies to help support us along the way. It’s important to ask for help and there is no shame in asking for what we need,” says Mónica.

Are you ready to join the community and help amplify the voices of migrant women? Here are a few projects and initiatives by Justice for Migrant Women.

This year the Bandana Project celebrated fifteen years. The Bandana Project is a public awareness campaign aimed at addressing the issue of workplace sexual violence against migrant farmworker women in the United States.

White bandanas are used as a symbol of the sexual exploitation of farmworker women because farmworker women have said that they use their clothes, including bandanas, to protect them from sexual harassment and assault in the workplace.

“Farmworker women and girls are vulnerable to sexual abuse and harassment by supervisors, company owners, crew leaders and others. They’re unlikely to report it and many may not know that they have any rights against the abuse. Farmworker women and girls also face retaliation, like risk of being fired, and continued threats of physical and sexual violence if they refuse advances, including retaliation against their family members who work with them,” writes Justice For Migrant Women on Instagram.

Community members, community organizations, governmental representatives, lawyers, anti-sexual violence activists and many others decorate and exhibit white bandanas to show their solidarity with the fight to end this serious problem.

Get involved with the #BandanaProject and become a partner to stand up against this sexual vioence. It’s easier than you think. Find out more at justice4women.org

The Humans Who Feed Us

Thousands of individuals work across the food supply chain ranging from agricultural workers, restaurant workers, grocery store employees, truck drivers, meat and poultry workers, and so many others. Immigrant community members are among those who help to feed us through their work. Many of these workers are often invisible to people and the communities where they work and live even though they touch our lives every day through their life-sustaining labor.

Launched in August 2021, “The Humans Who Feed Us” seeks to center these workers, their stories, their contributions, and their priorities. The project humanizes workers across the food supply chain; shows the interdependence among businesses, the workers they employ and consumers; and fosters a sense of belonging for these incredible community members in the places where they live and work.

The “Healing Voices” project is a unique new idea to address a critical gap in the farmworker organizing ecosystem – focusing on healing personal and community trauma as a needed step in increasing power for farmworkers to be drivers of change.

Supported by funding from The Workers Lab Innovation Fund and the Collective Future Fund, Justice for Migrant Women is working in partnership with the National Migrant and Seasonal Head Start Association (NMSHSA), the Eva Longoria Foundation (ELF) and Latinx Therapy to pilot this first-of-its-kind mental health initiative for farmworkers. The work will support the holistic healing of some of the 2.5 to 3 million US farmworkers who have experienced decades of traumatizing working conditions, economic insecurity and vulnerability, all of which were exacerbated by COVID-19.